VW-Ford partnership will see both brands working on a new EV, a pick-up truck and two vans. More models set to follow. 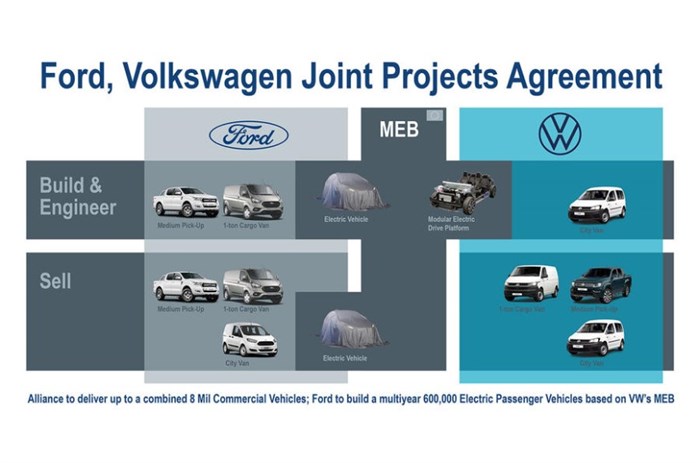 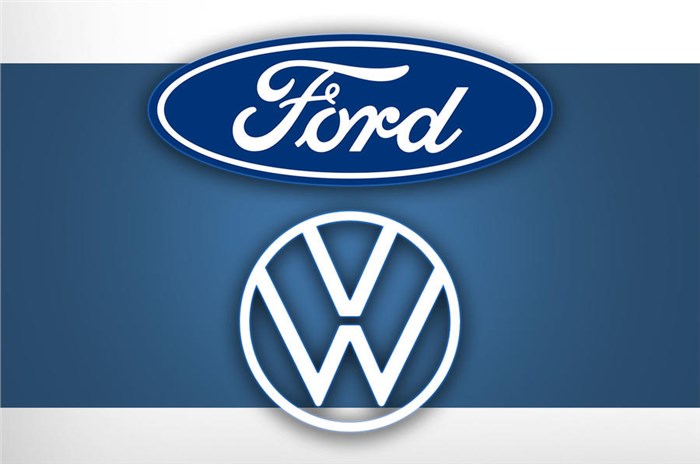 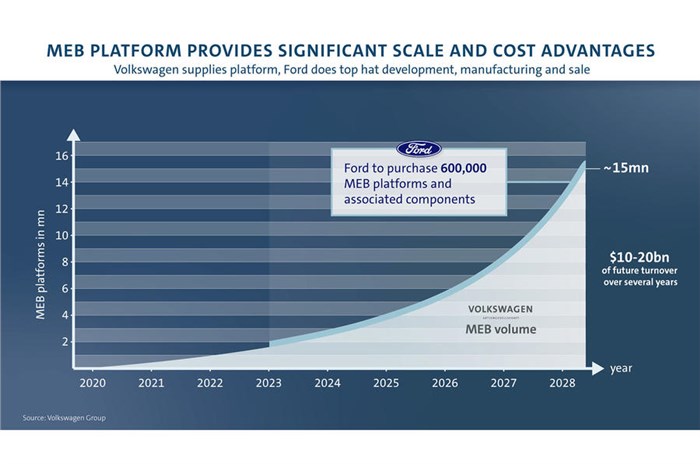 Ford and Volkswagen bosses have finalised their wide-ranging global alliance, which will involve the two giants working together on electric cars, pick-up trucks, vans and autonomous technology.

The companies initially agreed to work together on commercial vehicle development in January 2019, with the plans expanded to include pick-ups and a Ford EV built on the Volkswagen Group’s MEB platform last July. The two firms have now signed official agreements for the partnership and outlined full details of the projects involved.

In a joint release, Ford and Volkswagen said that their alliance will help them to “meet rapidly evolving needs of their respective customers in Europe and other regions by leveraging complementary strengths in mid-size pick-up trucks and commercial and electric vehicles”.

The alliance will offer substantial savings for both firms, allowing them to develop new or refreshed offerings in key market segments with substantially reduced development costs. Estimates suggest the combined savings of the agreement could reach $1 billion (Rs 7,580 crore).

A key part of the agreement will be a Ford EV focused on the European market, due to arrive by 2023 and developed on the Volkswagen Group’s electric MEB architecture. The firms says that the Ford machine will be “highly differentiated”, and designed and engineered at the American’s firm’s European base in Cologne, Germany.

While details of the machine are scarce, Ford says it will “add another compelling nameplate” that will sit alongside the electric Mustang Mach-E. It recently begun a trend of reviving old names for new vehicles, choosing to give its first bespoke EV Mustang branding and recently badging its new compact crossover as the Puma. It's also reviving the Bronco in America.

The two firms estimate that Ford “could deliver 6,00,000 electric vehicles atop the MEB architecture”, with VW saying the deal is “another cornerstone” in its EV strategy. While the MEB platform will underpin a range of EVs from Volkswagen, Seat, Skoda and Audi, it was also developed to enable it to be licensed to partner firms, helping the Volkswagen Group achieve better economies of scale.

That volume could be key for Ford. While the Mustang Mach-E is due to go on sale in 2021, it is yet to announce further bespoke EV models, and the sale of the Volkswagen deal will likely prove key in meeting rising consumer demand and hitting its European Union CO2 targets.

As previously hinted, the firms said that they “plan to explore additional ways to cooperate on electric vehicles.”

Ford and Volkswagen to team on vans and pick-ups

The alliance between the firms will include the development of two commercial vans and a pick-up. The commercial vehicle segment is a key market for both firms in Europe but particularly Ford, with most of its profits in the region coming from it.

Ford will develop and build a new Volkswagen Amarok pick-up that will go on sale in 2022, and which will effectively be twinned with the Ford Ranger. It will also develop a new one-tonne cargo van for both firms, which will be the new version of the Ford Transit and Volkswagen Transporter respectively. Volkswagen’s Commercial Vehicles will use its new Caddy as a basis to develop and build a new Ford Transit Connect city van.

The two firms expect to produce a total of around eight million of the three shared machines across their lifespans.

The firms said they each “independently” chose to invest in Argo AI due to the “technical leadership” of the Pittsburgh-based firm’s autonomous technology, and will use their combined scale to help the start-up expand its geographic testing reach.

How does the Ford-Volkswagen alliance affect the Indian market?

In the short term, not by much.

Ford and Mahindra are working together in the areas of powertrain and platforms, which will result in the next-gen Mahindra XUV500, a new Ford midsize SUV, and a number of SUVs with Mahindra’s new line of direct-injection turbocharged petrol engines.

Meanwhile, Volkswagen is working on its new midsize SUV for India, the Taigun, which is expected to arrive next year and be followed by the next generation of the Vento sedan. Both these models will be based on the brand’s heavily localised version of the MQB platform.