The new C-Class estate was likely being used for component testing, however, only the sedan is expected to launch in India. 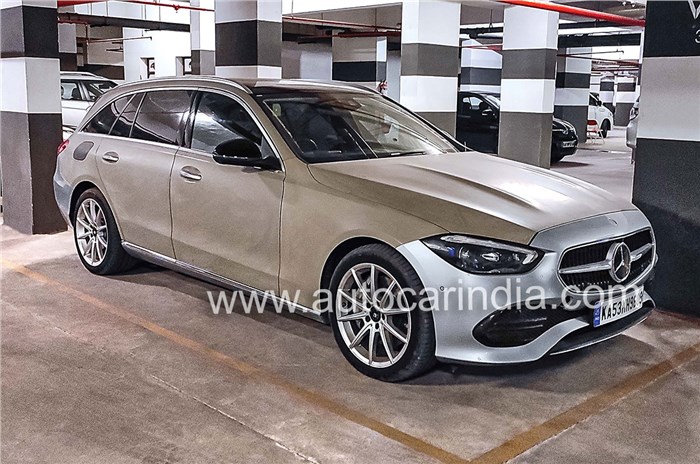 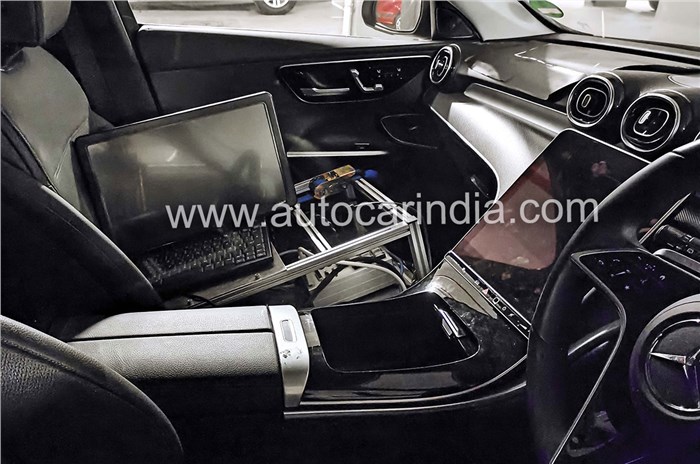 Ahead of its launch later in 2022, we recently spied the new Mercedes C-Class test mule in Bengaluru. The new C-Class made its global debut last February and went on sale later in the year in international markets.

While India is only expected to get the C-class sedan, the test mule was the C-class estate with data logging equipment in the co-driver’s seat. The estate body style, though popular in some markets, never really caught on with Indian customers. And while some brands, including Mercedes, have offered estates for some of its models in India, this one is likely here only for testing purposes.

A quick check of the number plates reveals that this car is registered to Mercedes-Benz Research and Development, headquartered in Bengaluru.

The equipment sitting on the co-driver’s seat suggests that this car is likely being used to test the new C-Class’ engines in Indian driving conditions. Globally, the C-Class gets electrified powertrains as standard with even entry-level models coming with 48V mild-hybrid tech, which could also come as standard on the India-spec model. Like in other Mercedes-Benz, the mild-hybrid system offers an additional boost while driving. The vehicle could also be a test bed for the company’s latest software, ranging from the infotainment to driver assistance systems and more.

Speaking of the design, the new C-Class follows the same design as other new-gen Mercs with overall looks in-line with the likes of the S-Class and the new A-Class sedan. The cabin too is influenced by the new S-Class, with a large portrait style touchscreen taking up nearly all of the centre console and housing a majority of the in-car functions. Speaking of the cabin, space is expected to be more than the current C-Class with a 25mm longer wheelbase.

As before, the C-Class is expected to come with 2.0-litre petrol and diesel engines, with higher-performance AMG models expected to arrive later. Like its predecessor, the new C-Class is also expected to be assembled locally at the company’s plant in Chakan, Maharashtra.

Do you think Mercedes should bring the C-estate in India? Let us know in comments section.

Mercedes-Benz EQE SUV to be unveiled in 2022