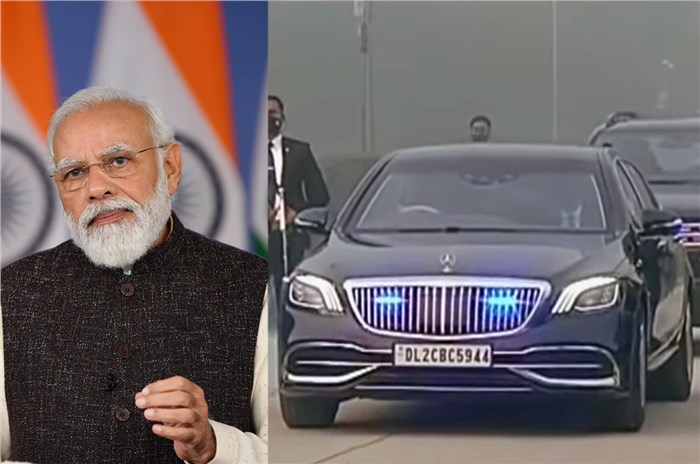 The Prime Minister of India has a new armoured vehicle in the fleet, the Mercedes-Maybach S650 Guard. Based on the previous-gen S-class, the Maybach S650 Guard is said to offer one of the highest levels of protection available to civilian buyers.

Rated to offer VR 10 levels of occupant protection, the S650 Guard features re-enforced body shell and glass housing that are capable of withstanding armour-piercing bullets, along being capable of withstanding explosive force of up to 15kg of TNT from up to 2m away. The S650 Guard also comes equipped with a self-sealing fuel tank. The luxury limousine can furthermore be outfitted with kit such as an automatic fire suppression system, external communication system, emergency fresh air system and more to the buyer’s desire. One can expect the Prime Minister’s transport to sport a number of classified modifications for enhanced safety and security.

On the inside, the standard Maybach S650 Guard gets the opulent and luxurious interior of the regular Maybach, replete with powered rear seats, multi-zone climate control and more. The Maybach S650 is also longer than the standard S-Class, adding even more space for rear seat passengers.

One the outside, there is little to tell the Guard apart from its standard Maybach S650, with only a closer look likely to identify any differences.

Mercedes recently revealed the new S-Class Guard in international markets, so it’s fair to say that it a new Maybach Guard could also be in the works.