Mercedes’ all-new C-class gets electrification across its entire range. 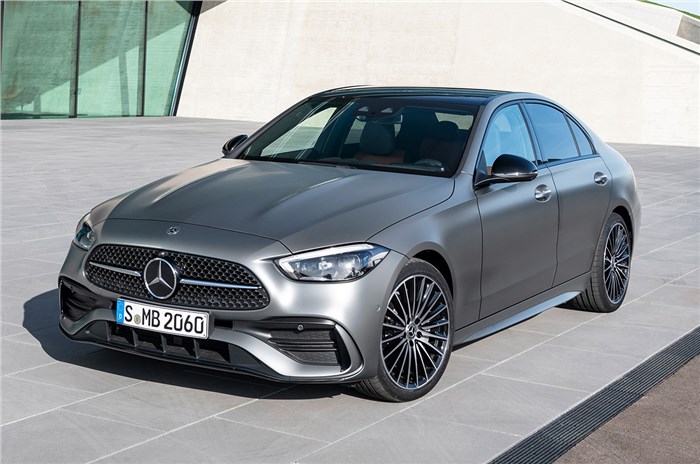 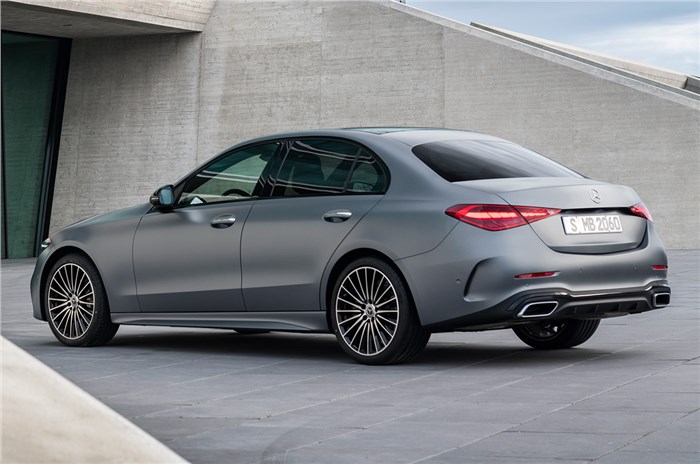 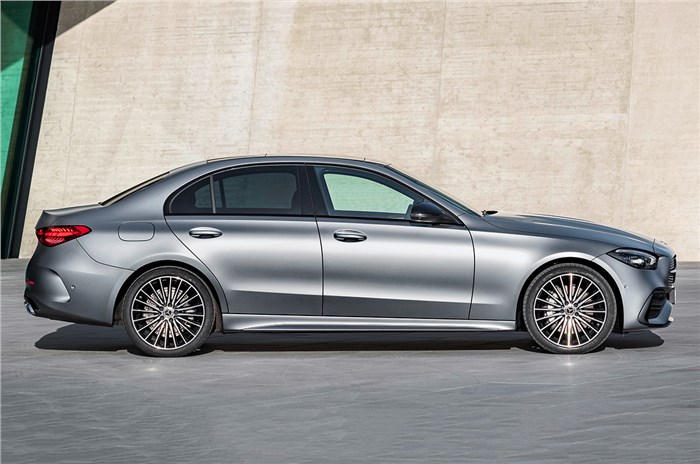 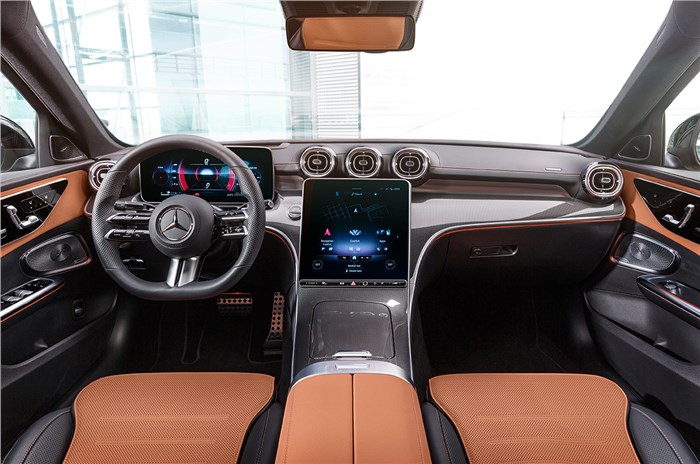 The sixth-generation Mercedes-Benz C-class has been revealed in both sedan and estate form. It is the first combustion-engined model from the German manufacturer to get electrification throughout the range.

It also brings technology from the S-Class flagship alongside a design overhaul in an effort to take on the latest BMW 3 Series.

The new W206 C-Class has been brought into line with its newer A-Class, CLA, CLS and E-Class range-mates, primarily by way of shorter overhangs, a more angular front end and new light-cluster designs.

The external proportions of the C-class remain familiar, but it has received design tweaks all round such as the prominent ‘power bulges’ on the hood as well as the revised glasshouse that has been moved slightly farther back to give the impression of a cab-rearwards design. Creases and character lines have been kept to a minimum, Mercedes said, in an effort to accentuate the shoulder line.

The wheelbase on both models has been increased by 25mm to 2,865mm and the overall length is up by 65mm. This latter increase is said to give extra passenger room in the cabin, while the estate’s boot gains an additional 30 litres of cargo capacity.

The influence of the latest S-Class on the new C-Class is evident, chiefly in the shift from a horizontal, ‘free-floating’ infotainment display to a portrait-orientated, tablet-style central touchscreen between the front seats. It uses Mercedes’ second-generation MBUX infotainment system.

This measures 10.25-inch as standard, while an 11.9-inch screen, which is fitted as standard in the S-Class, is optionally available. The screen is angled slightly towards the driver for ease of use and visibility on the move. A high-definition LCD digital instrument display, which appears to float above the dashboard, can be specified in 10.25-inch or 12.3-inch forms.

There’s a choice of Navigation, Assistance or Service operating modes, while optional ambient lighting with optical fibre technology can be specified. The C-class gets jet engine inspired distinctive air vents, and the gear shifter and rotary dial have been removed; most infotainment functions are now operated via touch-sensitive pads on the steering wheel.

The new C-Class is powered exclusively by electrified four-cylinder engines, right up to the (as-yet-unseen) AMG C63 hot range-topper, with plug-in and mild-hybrid technology rolled out across the range.

The W206 remains available with a choice of diesel and petrol engines, although each is now equipped as standard with a 48V belt-integrated starter generator (BISG). This recovers energy under deceleration to provide a power boost of up to 20bhp.

There are three diesel options, each using an updated version of Mercedes’ 2.0-litre unit, which has been boosted in capacity by 42cc. The entry-level C200d makes 163hp, the mid-level C220d produces 200hp and the top-rung C300d has 265hp while also being the quickest variant from rest to 100kph, at 5.7sec.

The C200, C300 and C220d are each available with Mercedes’ 4Matic four-wheel drive system. This can send more torque to the front axle than before for improved dynamics, weighs less and is more frugal, thanks to reduced friction in the transfer case.

A 9-speed automatic gearbox is now standard fitment on all models and is said to be lighter and more efficient than the previous unit.

The plug-in hybrid C300e, which will be reintroduced to the range in the future, upping the WLTP-certified electric-only range from 55km to 100km courtesy of a new 25.4kWh battery pack, up from 13.5kWh, which is mounted under the boot floor. Using a 128hp permanently excited synchronous electric motor and a 201hp petrol engine, the C300e will pack a combined 308hp and 550Nm.

Air suspension is standard on the rear axle of all plug-in hybrid models, with sports suspension and continuously adjustable damping optional across the range.

More significantly, the C-Class follows the luxury-focused S-Class in gaining optional rear-axle steering for improved agility and a reduced turning circle. The rear wheels steer up to 2.5deg in the same direction as the fronts at speeds above 60kph, which improves high-speed stability, and allows for reduced steering input in tight bends.

Mercedes-Benz India has made no official confirmation yet regarding when the new C-class could arrive in India. Although the German carmaker is expected to bring the new C-class sedan to our market in the near future. Once launched, the all-new model will continue to rival the likes of the BMW 3 Series, Audi A4 and the Jaguar XE.