As it’ll grow in size, get more equipment and a more powerful engine option, the all-new sedan will get a new name, say Skoda insiders. 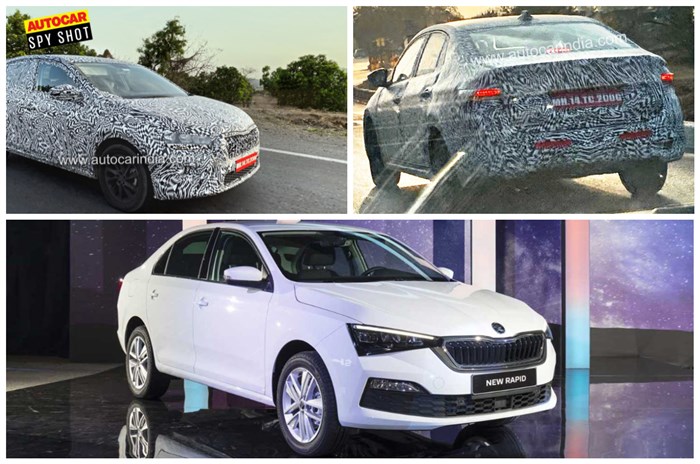 The all-new 2022 Skoda Rapid is likely to hit showrooms early next year. Based on the localised MQB-A0-IN platform, the yet-to-be-revealed Skoda has been spied testing by our staff, somewhere along the Mumbai-Pune highway.

While the car is wearing a considerable amount of camouflage and every detail isn’t clearly visible, features like the new-age Skoda grille, sharp-cut LED lights and the flowing roof-line stand out. While the new 2022 Skoda Rapid will share a lot of its body panels with its sister car, the VW Virtus, and its basic profile will be similar, it will also have a lot of new bits that will help give it an identity all its own. 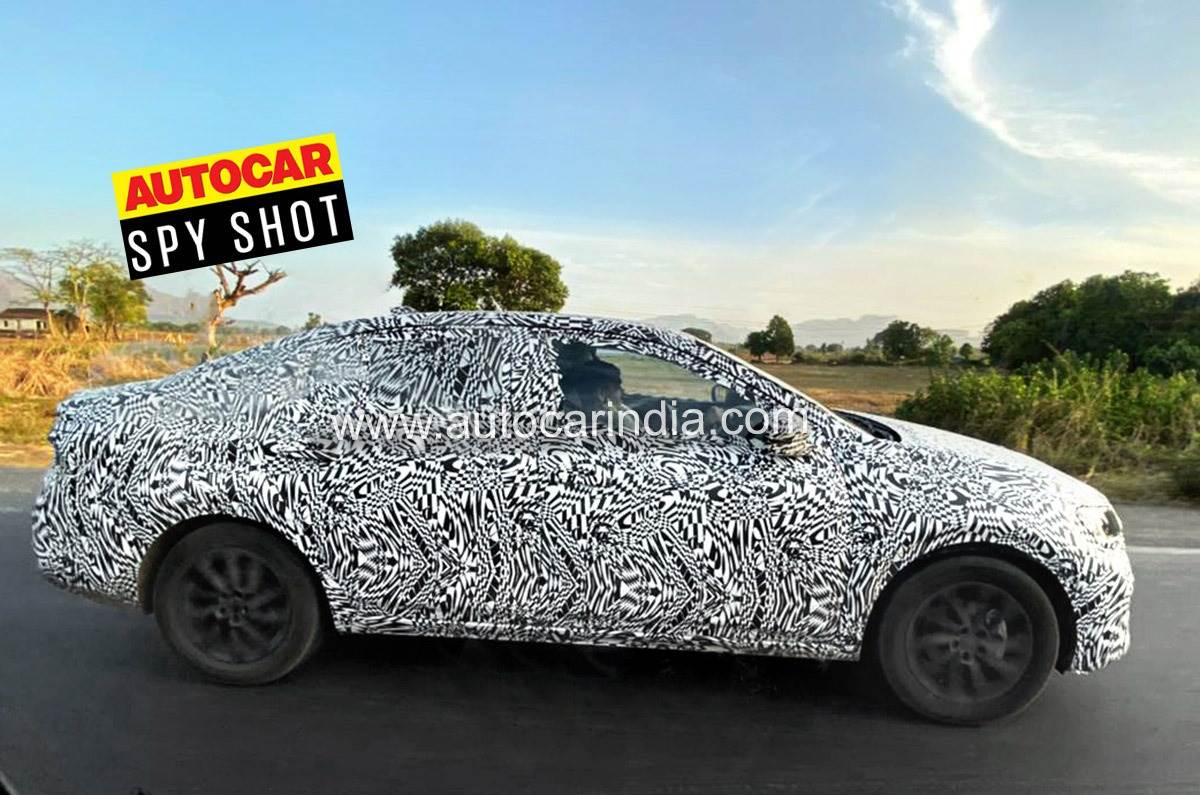 Skoda insiders have revealed that since the car is larger, better equipped and more grown up, it will also be put on sale at a higher price and renamed.

Skoda’s Rapid replacement is likely to measure around 4,480mm, making it longer than the current-generation Rapid (4,413mm) by a considerable amount. Now closer in length to the new Honda City (4,549mm), the Skoda, however, will be the one with the longest wheelbase in its class. The 2,651mm wheelbase should allow passengers to really stretch out on the inside, and as the new Rapid will also be 50mm wider, the cabin will feel roomier. Also, like all Skoda cars, the new Rapid will get a big boot. Capacity is expected to be in excess of 520 litres, again making it the best in its class. 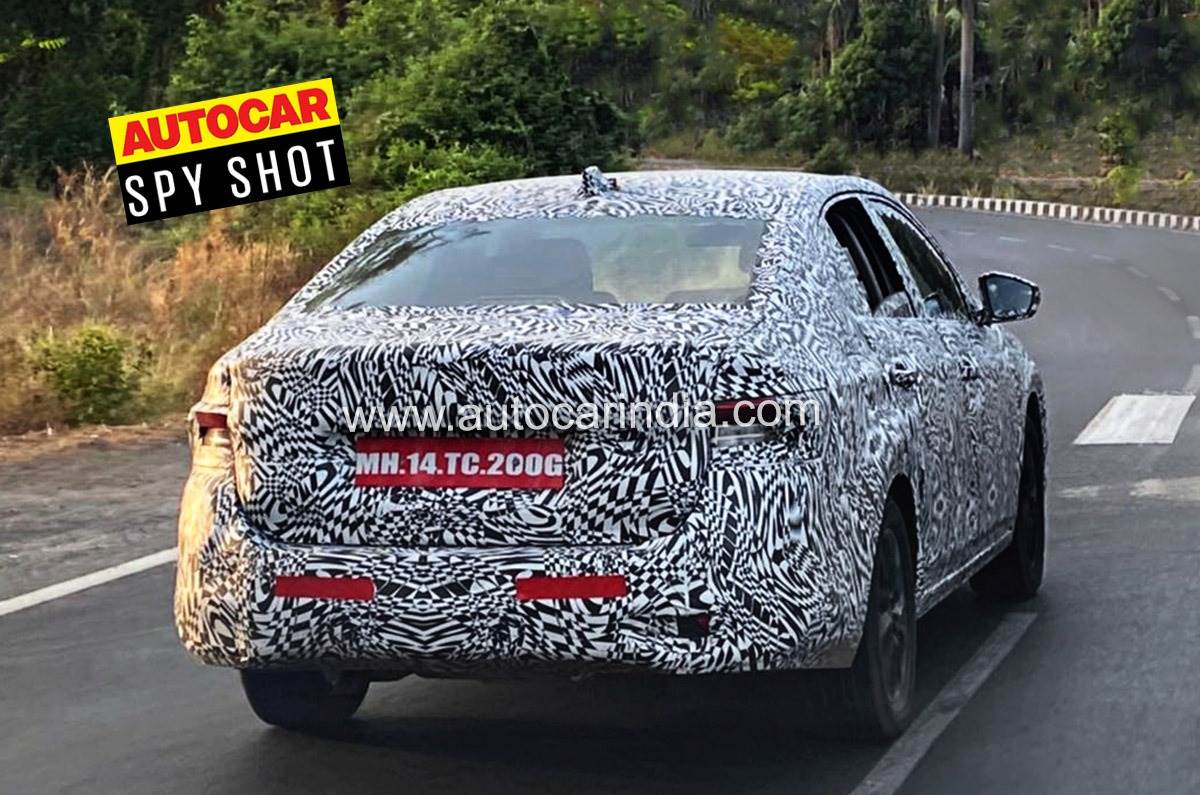 Like Skoda’s new Kushaq, the 2022 Rapid will also come loaded with kit. Expected to get stuff like wireless charging, ‘My Skoda’ connected car tech, a new infotainment screen interface, feather-touch air con controls and ventilated seats, it is also likely to be the best equipped car in its class when launched. Remote start and remote air con are not likely to make it to Skoda’s new sedan, and a panoramic sunroof may not be part of the list either; but what you can expect is a digital instrument panel, a high-spec audio system with six speakers and a powered sub-woofer, auto headlamps and auto wipers.

The Rapid’s successor will come powered by two TSI engines, both of which we are familiar with. The first is the 1.0-litre TSI petrol engine (from the EA211 family) that will make 115hp. An award winning engine, the three-cylinder unit has a strong kick in the midrange and likes to spin fast. The 1.0 TSI will drive the front wheels via a 6-speed manual gearbox or a 6-speed torque converter equipped automatic. The larger engine will be the 1.5 TSI that will put out 150hp and a healthy 250Nm of torque; this is likely to give Skoda’s sedan class-leading performance. It will also come with a quick-shifting twin-clutch automatic gearbox.

With its spacious cabin, more upmarket interiors, and powerful set of engines, Skoda will also reposition its new sedan. Whereas the current Rapid’s price ranges from Rs 7.7-13.2 lakh, the new one is likely to be priced closer to the Honda City. Expect a price of around Rs 11-15 lakh, with the top-of-the-line car possibly going a bit higher.

But what will Skoda call the new Rapid? The company has already registered the name Slavia here, it could put the Laura name back into circulation, and there are a couple of other options as well, which company insiders are keeping close to their chest.

One thing’s for sure, Skoda’s new midsize sedan will be a car worth waiting for. With its upmarket cabin, superior build, spacious interior and powerful engines, it could have everything you are looking for.