Japanese carmaker will launch its rival to the Skoda Octavia, Toyota Corolla and Hyundai Elantra in March 2019; will now get a diesel engine option. 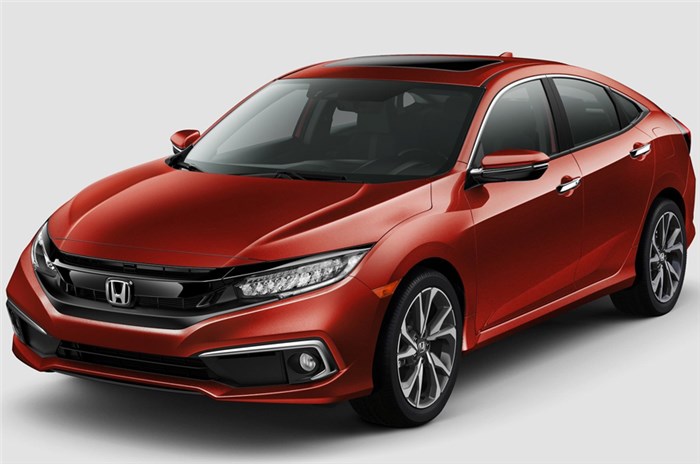 The all-new Honda Civic has been long awaited by Indian audiences after an absence of nearly seven years. Now, we can confirm that Honda India will launch the new Civic in March 2019 to take on the likes of the Skoda Octavia, Toyota Corolla and the Hyundai Elantra. The new Honda Civic will also rival Maruti Suzuki's new version of the Toyota Corolla, which is also due for a late 2019 launch. The new 2019 Honda Civic will be priced around the Rs 18-22 lakh range and has already been spied undergoing final testing around India.

The new Honda Civic will be offered with a petrol engine – and unlike the last time around, will also have a diesel motor on offer. The petrol engine will be a 1.8-litre motor mated to either a 6-speed manual or CVT automatic gearbox. The petrol engine will make about 140hp. The diesel engine on the other hand will be the same 1.6-litre, four-cylinder turbocharged unit that will make 120hp. The diesel engine, in all likelihood, will come with a manual gearbox option only and could miss out an automatic gearbox.

In terms of design, the new Honda Civic will get a very angular and almost fastback-like design as compared to the conventional three-box sedan that it was in the last generation. That said, the boot will still open like a regular sedan's does and not like that of a fastback.

The new Civic will come packed with LED headlamps and LED daytime running lights along with LED tail-lamps, too. The large 17-inch wheels will have a very typically fluid design language while the face gets a large, Honda-family-look chrome grille.