Called the Versatilist concept, the Civic cross-hatch will feature crossover design cues including body cladding and a raised ride height. 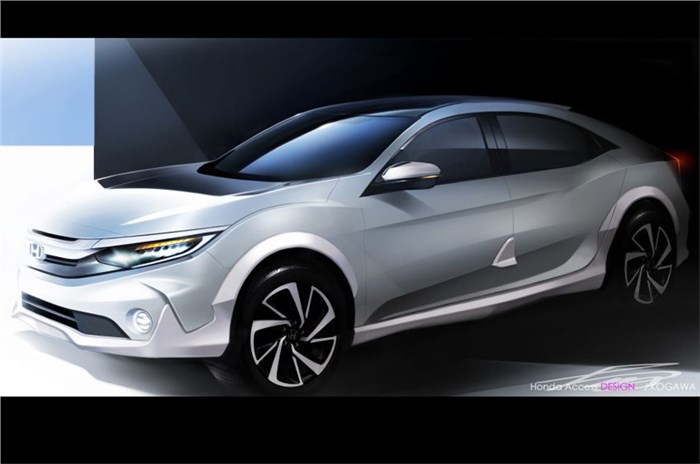 With the Tokyo Auto Salon 2019 around the corner Honda is preparing a crossover-inspired concept of the Civic hatchback.

Called the Civic Versatilist concept, the car is based on the Civic hatchback with notable crossover cues. The sketch shared by Honda depicts the Civic hatchback with white cladding along the lower edge of the car, flared wheel-arches, raised ride height and sleek doors with no visible door handles. The sketch also reveals a pair of fin-like elements on the front doors. The front bumper is also a different unit from that on the standard Civic with slim vents in front of the wheel arches and a narrow central air-dam.

There are currently no mechanical details available on the Civic-based cross hatchback and it is yet unknown if it will enter production or remain as a concept.

For India, Honda is set to re-launch the new Civic in February 2019 in its sedan body-style. The Civic will be offered with the choice of a 140hp, 1.8-litre petrol and a 120hp, 1.6-litre diesel engine. The petrol unit is expected to be paired with either a manual or automatic gearbox while the diesel will be a manual only.