Revised styling bits aside, the updated sixth-gen Polo is also expected to get a new 48V mild-hybrid turbo-petrol engine option. 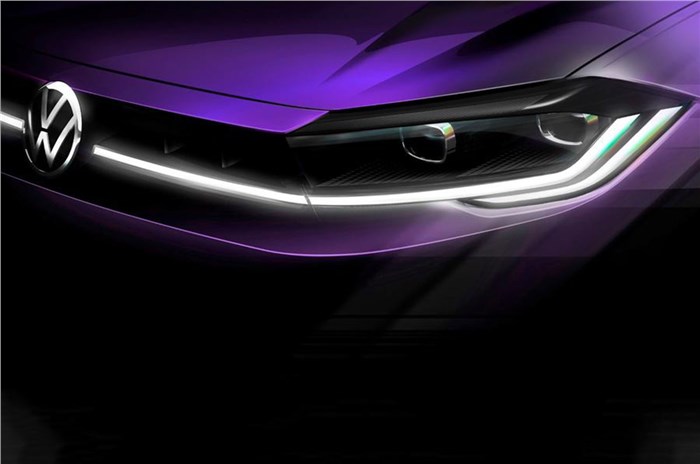 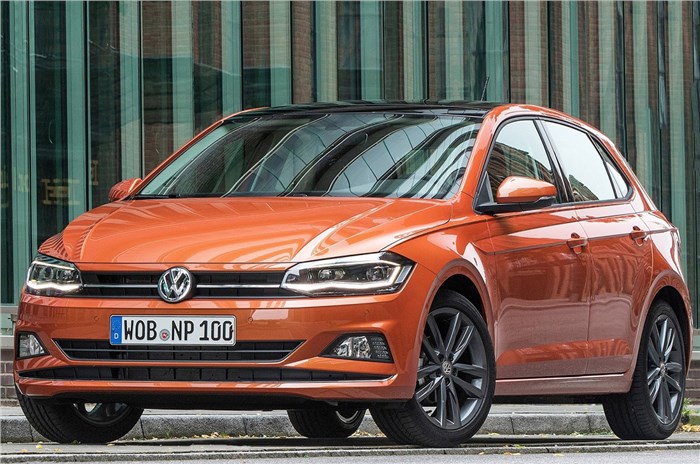 The sixth-gen Volkswagen Polo facelift has been teased ahead of its debut on April 22, 2021. The teaser sketch previews the updated Polo’s revised headlamp and grille.

Debuting back in mid-2017, the sixth-gen Polo has been on sale in international markets for a while now, though in India the older fifth-gen Polo continues to soldier on. Compared to its predecessor, the sixth-gen Polo is larger in size, packs in more tech and has moved from the old PQ25 to the MQB A0 platform.

Coming to the facelift, the teaser previews the revised headlamp and grille. The dual-projector headlamp units get new LED daytime running light signatures, which seamlessly merge into an LED lightbar running along the grille to the central VW badge. A similar feature is also seen on the South-American spec Volkswagen Taos SUV.

Other updates to the 2021 car are likely to include revised bumpers and tail-lamps, more tech inside the cabin and even a new engine option. As per our sister publication, Autocar UK, the updated VW Polo is expected to get a new mild-hybrid TSI turbo-petrol engine alongside its existing engine line-up.

As mentioned above, in India, we still get the fifth-gen Volkswagen Polo, which has over the years received a number of updates – ranging from cosmetic and features to introducing new engines – to help it keep up with rivals.

Volkswagen, however, has told us that the brand is considering replacing the ageing hatchback in India with an all-new Polo. In an interview with Autocar India, Ashish Gupta, brand director, Volkswagen Passenger Cars India, confirmed that the firm was mulling the prospect of a new Polo. The new hatch though is only likely to arrive in a few years, as the carmaker is currently focusing on its SUVW strategy before looking to bring other products from its global portfolio to India.

This could mean that the Polo could undergo a generation jump for India, with only the seventh-gen hatchback likely to make it to India.

The current Polo sits in the premium hatchback space, going up against the Maruti Baleno, Toyota Glanza, Hyundai i20 and Honda Jazz. One could expect the all-new Polo to slot back into the same segment.