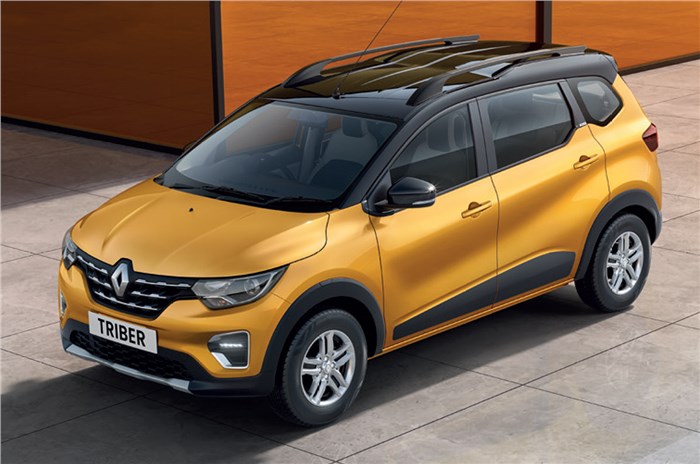 The Renault Triber has been updated for 2021, bringing with it additional features and new dual-tone colours on the fully-loaded Triber RxZ. Prices for the updated Triber start at Rs 5.30 lakh and go up to Rs 7.82 lakh (ex-showroom ,Delhi).

The 2021 update brings with it some minor tweaks to the equipment list of the Triber. The compact 7-seater is now equipped with a much required dual horn as standard. While its RxL variants remains relatively unchanged, the Triber RxT now packs in steering mounted audio controls and wing mirror mounted turn signals.

The RxZ gets the notable addition of a height adjustable driver’s seat and the option of a black finished roof and wing mirrors. The contrast finished roof costs a premium of Rs 17,000 over the standard RxZ. Also new to the Triber is a Cedar Brown paint shade.

There are no changes to the engine line-up, with the car continuing to be offered with the sole 72hp, 1.0-litre three-cylinder petrol engine, paired with either a 5-speed manual or AMT gearbox.

The Triber is also due to receive a mechanical upgrade with the introduction of the 100hp, 1.0-litre turbo-petrol engine from the Renault Kiger and Nissan Magnite. The Kiger turbo-petrol was initially expected to arrive last year, but the launch was delayed as Renault wanted to introduce the unit first in the Kiger.