Recall issued only for petrol-DCT variants; affected units to be rectified by software update. 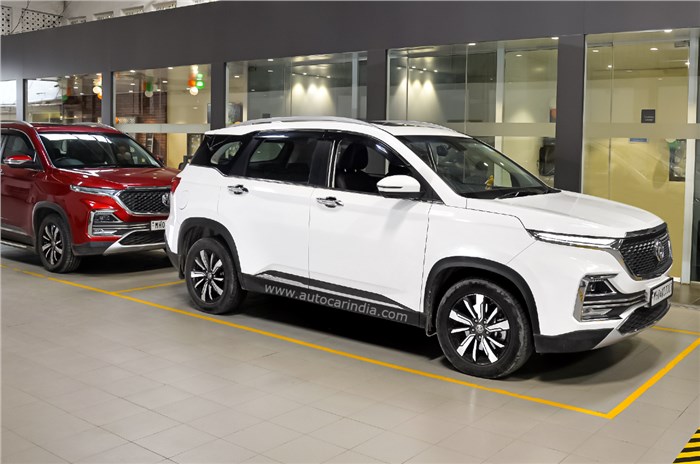 MG Motor India has announced a recall for the BS6 petrol-DCT (dual-clutch auto) variants of its Hector SUV, in order to rectify an emissions related issue. Approximately 14,000 units of the BS6 MG Hector petrol-DCT are affected by this issue.

The International Centre for Automotive Technology (iCAT), which is based in Manesar, Haryana, conducted tests on some samples of the BS6 MG Hector petrol-DCT. As the testing agency discovered variations in the hydrocarbon and NOx emissions, the SUV did not pass the conformity of production (CoP) tests. However, according to reports, iCAT found that the issue could be rectified through a software update, without needing to make any hardware changes.

In response to iCAT’s findings, MG announced a recall for around 14,000 units of the BS6 Hector petrol-DCT to update the software. Dealerships have been instructed to contact owners of the affected models. MG plans on re-flashing the software on all affected models by December this year, barring any COVID-19 related issues.

The MG Hector is a midsize, 5-seat SUV that competes with the Hyundai Creta, Tata Harrier and Kia Seltos. It also gets a three-row derivative called the Hector Plus, which rivals the Tata Safari and the Hyundai Alcazar.

In terms of engines, the Hector range is available with one petrol and one diesel option. The diesel is a 170hp, 2.0-litre unit that can be had with a 6-speed manual gearbox only, while the petrol is a 143hp, 1.5-litre turbocharged unit. The Hector petrol can be had with either a 6-speed manual, a dual-clutch automatic (DCT) or a CVT gearbox. There’s also a petrol-hybrid version on offer that comes with a 48V hybrid system with a starter generator.

MG has also announced that it will reveal pricing for the new Hector Shine variant on August 12, 2021.

Rajeev Chaba on a sub-4m MG model, 2 years of MG in India and more