Our Nexon proves to be a natural on Mumbai’s flooded streets. 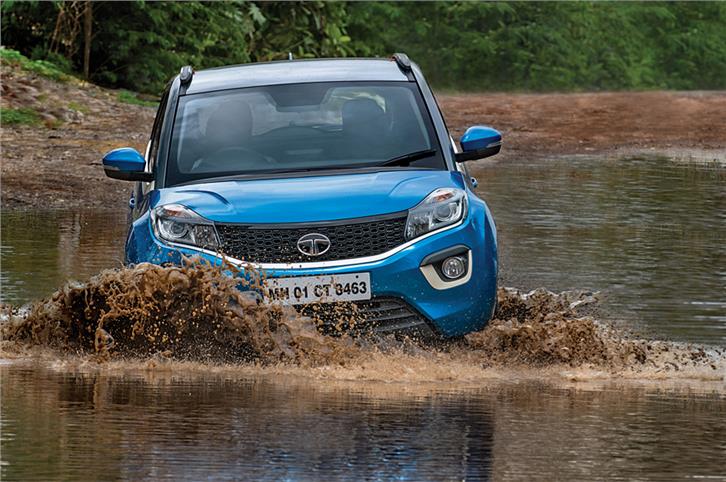 I was expecting the Nexon to turn lots of heads, get the odd thumbs up and make more of a statement wherever I turned up in it. Tata Motors’ first compact SUV, after all, is brilliant to look at and its design has won several awards including our very own ‘Best Design and Styling’ gong at the 2018 Autocar Awards. Parked next to an old Swift at home, the Moroccan Blue Nexon genuinely stands out, but it isn’t getting too many second glances. Has the novelty worn off? Is it too common now? Probably yes, because every day I spot an increasing number of Nexons on our roads. Okay, it’s not as widely seen as the Brezza, but after the Tiago, the Nexon is possibly the most- seen modern Tata product on the road today. That’s great news for Tata Motors because the adage ‘joh dikta hai, woh bikta hai’ holds true in the Indian market, where word of mouth and sheer visibility on the streets are what eventually defines the success of any car.

The Nexon’s got the style no doubt, but does it have the substance? We answered that question in our road test, but for the next couple of months, we are going to be living with the latest Tata to get under its skin and discover all its fortes and foibles. Hopefully, the Nexon won’t get under our skin during its tenure with us. 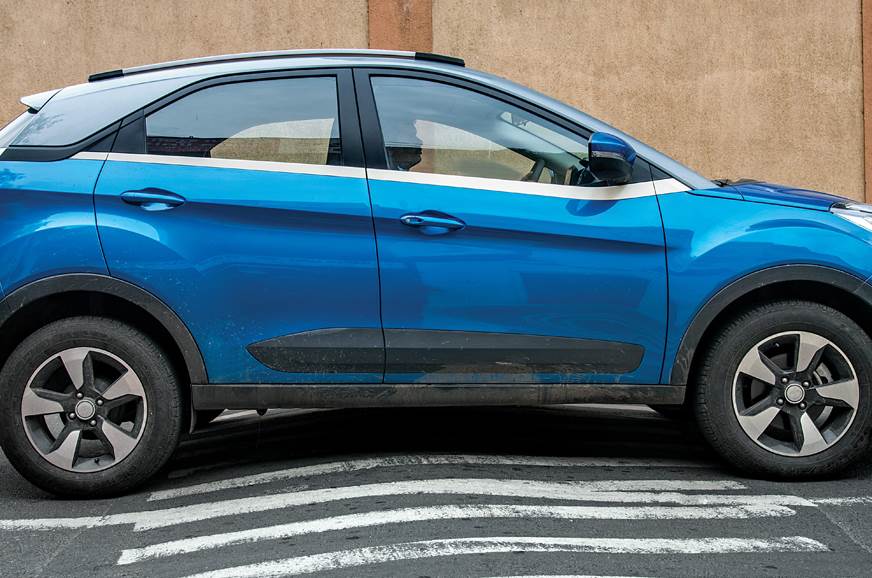 The monsoon is upon us and that means flood-worthiness of your car is going to be the most important thing to worry about, especially in a city like Mumbai. In fact, the water-wading capability can make all the difference between reaching the office or turning back home, because just outside the Autocar HQ is a low-lying area which becomes a lake after a heavy downpour. And that’s exactly what I had to ford during a pre-monsoon thundershower that crippled the city.

I have to admit that I had serious doubts about the Nexon’s amphibious abilities, as I would of any car with a low-slung roof and hunkered-down stance. However, the ground clearance is deceptively good and keeps the important bits like the exhaust from getting submerged. In fact, the first thing that impressed me about the Nexon is the ground clearance, not just because of the way it surfed through floods but by the way it tackled a recently built lot of nasty speed breakers on the Nesbit road outside St. Mary’s school in Byculla. Mention must also be made of the chunky 215/60 R16 tyres and their tall sidewalls, which are an effective cushion against the shockingly bad Mumbai roads that will further crumble in the coming months. 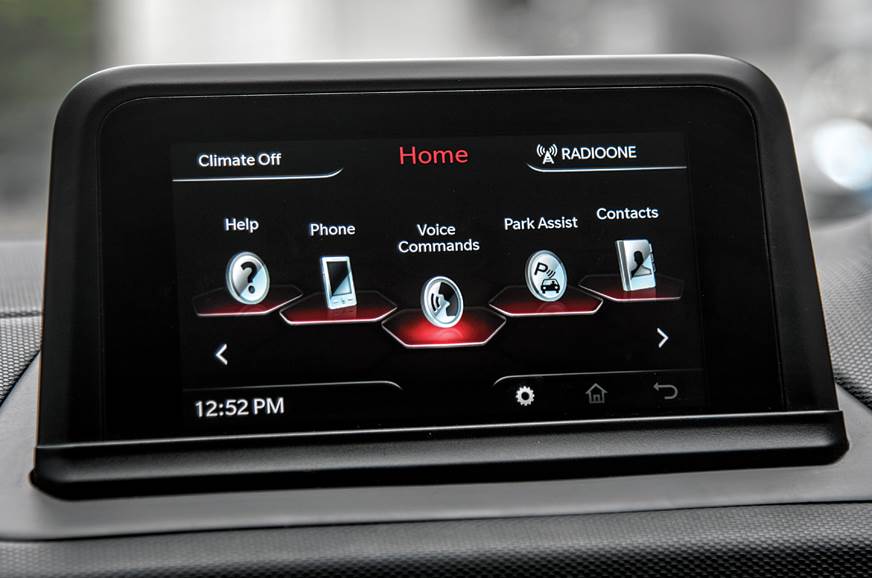 SCREEN TEST: Graphics and interface could have been better.

The Nexon’s ride feels a touch stiff at low speeds but it smothers sharp edges and broken roads brilliantly. Up the pace and the ride only gets better, and cruising down the not-so-smooth Marine Drive one night, it actually felt like the BMC had just resurfaced Mumbai’s landmark boulevard. The more I drive it, the more I appreciate the well-judged suspension, which is simply spot on for our road conditions.

So it’s established that the Nexon feels at home on bad roads, but how comfortable is it in the cut and thrust of daily traffic? The 1.5 diesel is certainly up to the task with its decent response and linear power delivery. The Nexon pulls quite cleanly from low revs but it’s in the slow rush-hour crawl that the tallish gearing becomes a bit of a bother. You can’t just leave it in third or second gear and let the 260Nm of torque do the work. Even in Sport mode, you need to drop a gear down to get a move on. That leads me to the gearbox, which, after a week of driving in peak traffic, impressed me with its precise feel. However, I would have preferred a little less effort in operating the long-throw gear lever; it would have made the all-new six-speed manual near perfect. 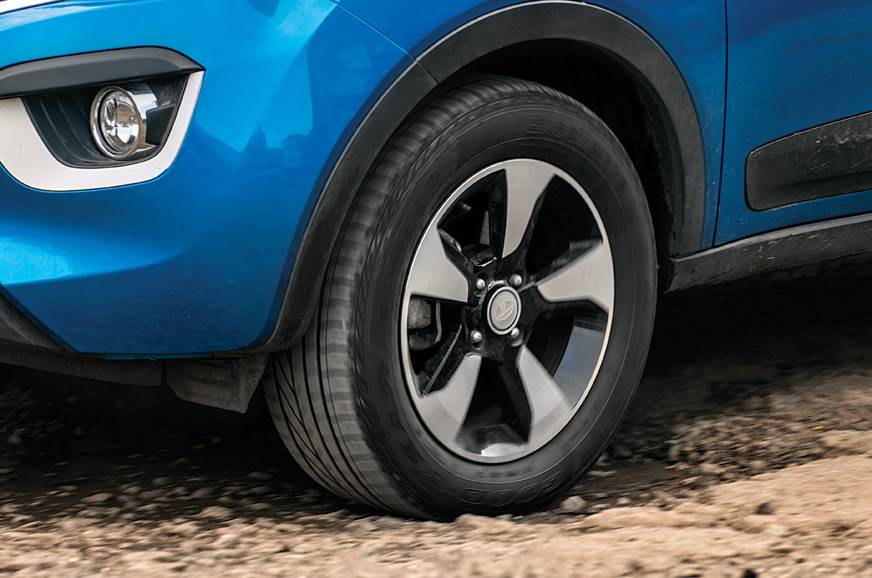 What is perfect though is the air conditioning, which freezes the cabin in no time. Even in the blazing hot summer sun, just before the monsoons set in, the Nexon’s air con never had to struggle, and, in fact, I was constantly dialing down the temperature to avoid frost bite.

What’s annoying is that the temperature readout is not in the blank space between the rotary dials – where you’d expect it – but in a hard-to-read corner of the 6.5-inch screen. The overall design feels outdated with its small fonts, fuzzy graphics and a reversing camera that lacks the resolution you expect today. 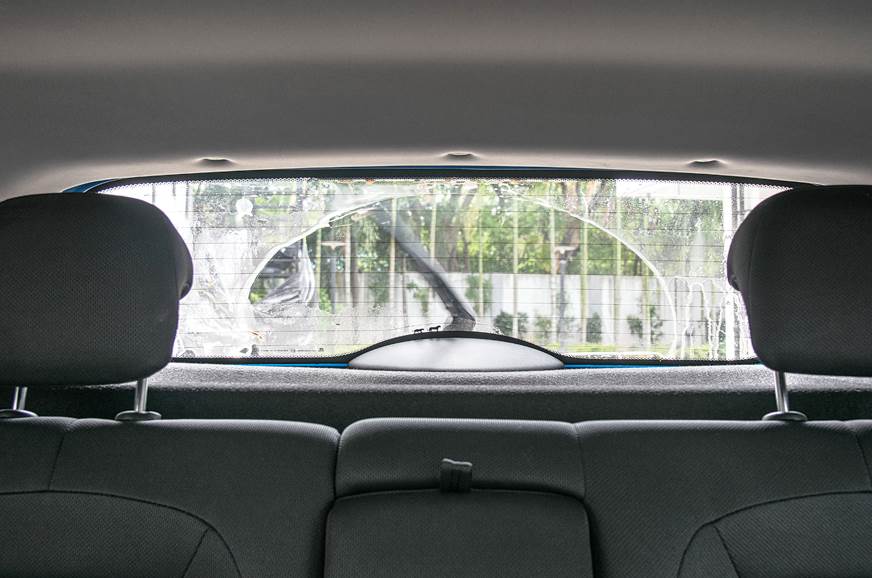 One issue I discovered in the monsoon is that it’s hard to see out of the rear screen. While visibility is okay in dry weather, the sweep of the tiny rear wiper is insufficient when it’s raining and the fat C-pillars don’t help either. Dealing with these massive blind spots that can swallow a bike is tricky, which is why I always spend a few minutes finely adjusting all the mirrors before I drive off.

The Nexon has been confined to south Mumbai and used for short distances, but in this first stint in the holiday month, it’s seen light traffic, which explains the impressive 13.1kpl overall figure we achieved. No doubt, the Nexon is impressive as a city car, but for our next report, I’m hoping to stretch its legs.