The Triumph Tiger Sport 660 is expected to be launched by the end of March and goes up against the Kawasaki Versys 650.

Triumph India is gearing up to launch the Tiger Sport 660 in India and sources tell us that it’ll happen by the end of March. The motorcycle is expected to be priced between Rs 9 lakh-9.5 lakh, making it around Rs 2 lakh dearer than the Trident 660 that it is based on.

There are three colour combinations available – Lucerne Blue and Sapphire Black, Korosi Red and Graphite, and a minimalist Graphite and Black option.

Beneath the bodywork, the Tiger Sport 660 utilises the same main frame as on the Triumph Trident 660, although the subframe is different; to accommodate the extra load that this touring-oriented bike is designed to carry. The swingarm is longer as well and the wheelbase has increased by 11mm.

Coming to the ergonomics, the seat has been redone for better comfort. The seat height has risen by 30mm to 835mm, which is quite tall, and as a result of the suspension travel, gone up to 150mm on both ends. Speaking of, the suspension components are made by Showa, with a non-adjustable 41mm USD fork and a pre-load adjustable shock with a remote preload adjuster.

The bike is powered by a 660cc three-cylinder that is nearly identical to the Trident and produces the same 81hp at 10,250rpm and 64Nm at 6,250rpm. It is paired with a six-speed gearbox and an up/down quickshifter can be opted at extra cost.

With the expected price hovering around the Rs 9 lakh-9.5 lakh mark, the Triumph Tiger Sport 660 is significantly higher than the Kawasaki Versys 650 (Rs 7.15 lakh), its chief rival. 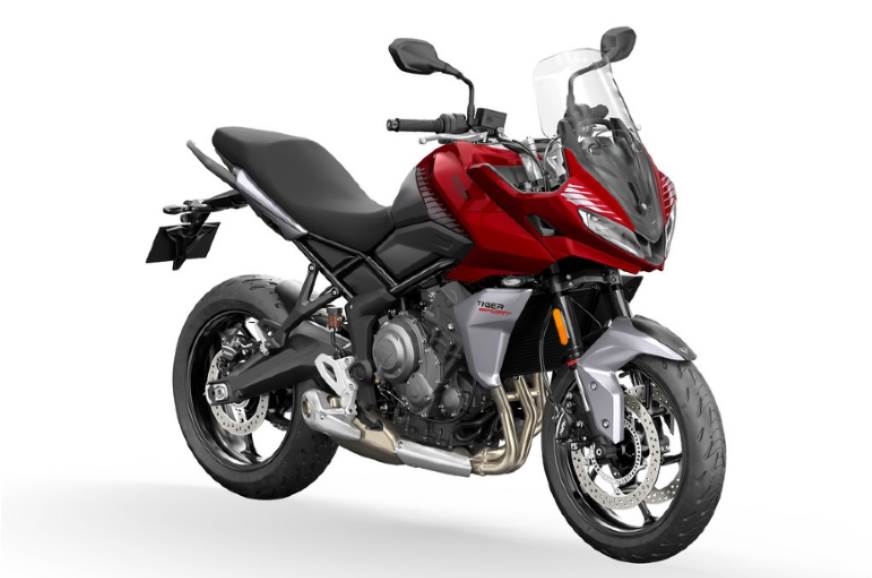