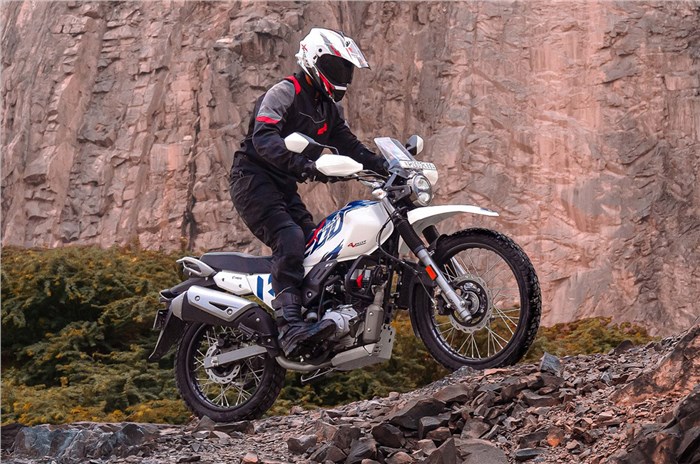 It replaces the simple two-valve OHC setup in its 199.6cc air-cooled engine with a four-valve configuration.

Hero has launched its first four-valve motorcycle, the Xpulse 200 4V, at Rs 1.28 lakh, ex-showroom, Delhi. The motorcycle has arrived just a couple of weeks after it was spotted testing for the first time.

The 4V is the third iteration of the Xpulse 200 since its debut in 2019. The first one was the BS4 version, followed soon after by the BS6 one, which brought with it updates like an oil-cooler that helped make it a more well-rounded package with better engine refinement levels.

The Xpulse 200 4V replaces the simple two-valve OHC setup for its 199.6cc air-cooled engine with a four-valve configuration. Four-valve setups help the engine breathe better at higher RPMs, giving better top-end performance. The four-valve version now makes 19.1hp and 17.35Nm of torque, as compared to the 2V’s figures of 18.1hp and 16.45Nm. The Hero Xpulse 200 4V also uses updated switchgear, which features an integrated starter and kill switch, like in the Xtreme 160R.

Visually, the bike appears similar to the existing Xpulse, with the only differences being the 4V sticker on the tank and the three new dual-tone colour schemes, namely Trail Blue, Blitz Blue, and Red Raid. Hero have also updated the oil cooling system and the LED headlights are now 21 percent brighter. Other components like the suspension, wheels and tyres remain unchanged.