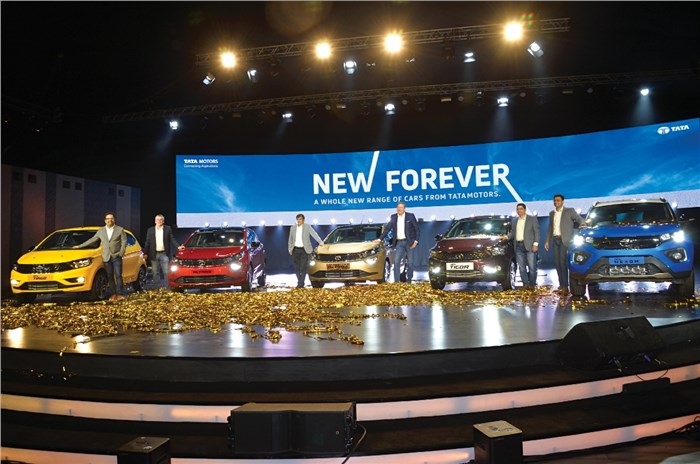 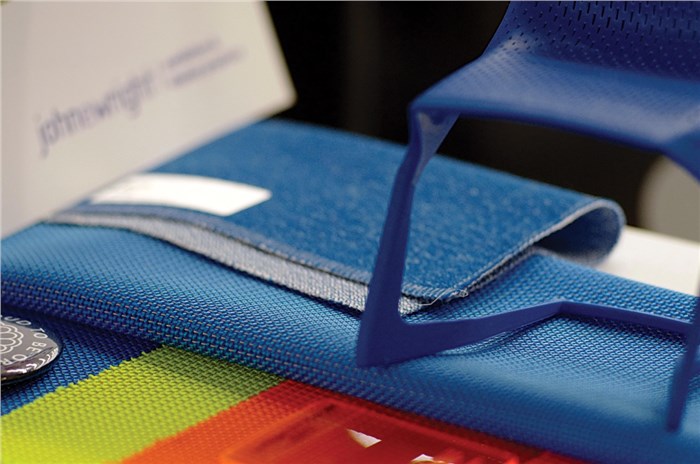 A slew of distinctive cars have supercharged the renaissance at Tata Motors, and the unsung CMF team has played a key role in shaping them. We bring you their story.

When was the first time you found yourself seated in a Tata? Depending on how many years you’ve spent on this planet, it could be anytime between the early 1990s to sometime in the 2000s. My first Tata encounter was with the burly three-door Tata Sierra SUV, and while its design was clearly ahead of its time, on the inside, it could best be described as ‘rudimentary’.

And look how things have changed.

Several factors have contributed to Tata Motors’ recent market resurgence, and a renewed focus on design is certainly one of them. But the design process is layered and goes beyond just the fundamental shape and appearance of a car. When admiring an attractive Tata vehicle, it’s easy to overlook the importance of a key cog in the wheel that adds flavour to the product, and that cog is the Colour, Materials, Finish (CMF) team. As its rather straightforward name suggests, the CMF team is responsible for ensuring everything you see and feel with a car – inside and outside – meets expectations. 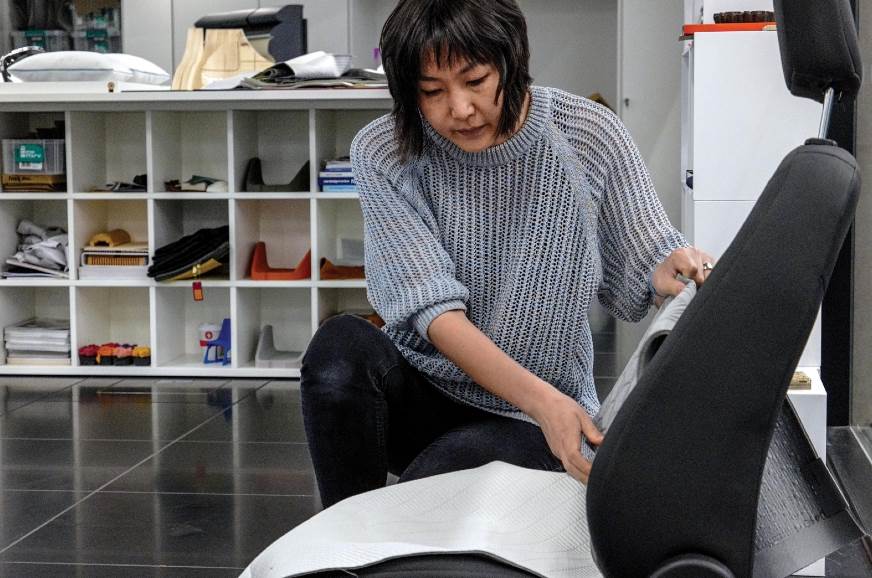 Shim, who has over two decades of experience in colour and material design, leads a global CMF team of 10 individuals.

While a CMF division has been part of Tata Motors since 2007, things only really started to change after the company invested in design studios in Italy and the UK in the 2010s, beefing up the CMF team in the process. The results became apparent when the Tata Tiago – the first of Tata’s new wave of ‘Impact Design’ models – was rolled out in 2016. In his first drive of the entry-level hatchback, Autocar India’s Nikhil Bhatia had noted the Tiago’s interior had a “look and feel more special than some premium hatchbacks.”

But it’s not just the surface of a car the CMF team has to focus its energies on – it’s the massive responsibility of shaping the overall perception of a vehicle that rests with this team, as Kyeong-Hee Shim, lead and manager for Colour and Material Design at Tata Motors, explains.

“One of the main roles of CMF designers is to create images of the product and that includes not only the interior but also the exterior. We create a strategic persona of a car using colours and materials, which then in themselves become a communication message,” Shim says. 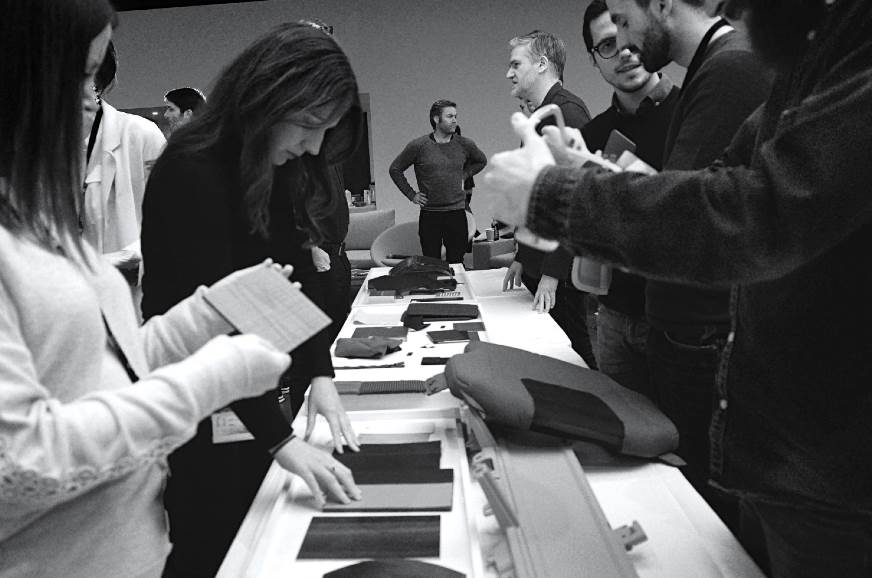 CMF designers liaise with suppliers to experiment with new materials, finishes and fabrics.

Setting off on a journey to revitalise its vehicle line-up, Tata needed freshness on the design front; the company knew it had to start making cars that buyers would want. The CMF team would have to play a key role in this evolution, and Pratap Bose, vice president, Global Design at Tata Motors, says there were multiple hurdles to overcome along the way.

“The greatest challenges the CMF team faced were two-fold. One was to help the company think beyond what we were doing in this area. They proposed bolder, more radical colours that were initially difficult to push through the management reviews, but with time these have now come to be expected. Secondly, the cost envelope within which we work sometimes made bringing new fabrics and finishes into our products a challenge, but again, the creativity of the CMF team has really allowed us to bring some industry-leading finishes to the Indian market, at prices which keep our products accessible to a large number of potential customers,” says Bose.

The communication colour for a new car is crucial, as it is responsible for best showcasing the design and setting the tone for that model’s personality and positioning. While Tata’s colour palette from back in the day was largely conventional, the emergence of the CMF team resulted in the creation of some more vivid shades. Most of you will remember the Sunburst Orange of the Tiago, the Moroccan Blue of the Tata Nexon, the Calisto Copper of the Tata Harrier and more recently, the High Street Gold of the Tata Altroz, a colour that is otherwise difficult to execute on a car in a classy way. 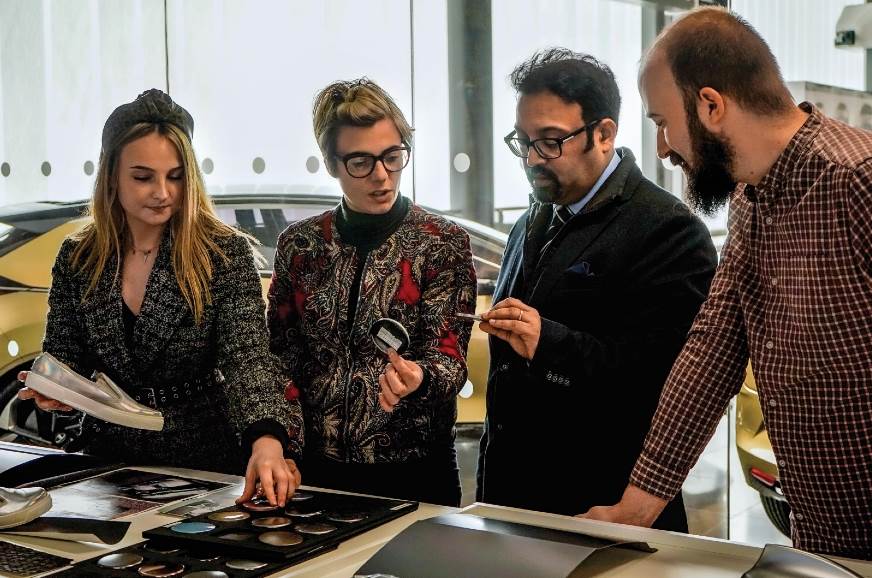 “The CMF team has had a huge influence in our design turnaround. It has contributed in a major way in the creation of the younger, sassier brand that we are today. Signature exterior colours like the orange on the Tiago, the blue on the Nexon or the Atlas Black on the Harrier Dark Edition, have imprinted themselves in the minds of the customer,” says Bose.

Shim adds, “Launch colours communicate very clearly about the individual vehicles and thereby demonstrate the difference within the vehicle range. The introduction of the Tiago, Tigor and Nexon BS6 range, alongside the Altroz, was a good example of the same.”

The importance of the feel-good factor

Shim is one of four members of the CMF team at Tata’s design studio in Coventry, UK, with six more members spread across Tata’s studios in Turin, Italy and in Pune. It’s this team that has collaborated to help Tata take things to the next level with its interiors.

“The interior is where the car and the users actually make direct physical contact. So, the materials and finishes must appeal to, and be in harmony with, the user’s personal tastes. The interior is made up of hundreds of individual parts and materials made by different suppliers, and yet they must all come together in one harmonious way. The role of CMF is to control each and every one of these interfaces and combinations to create visual and tactile delight. The change in this function that we have seen in the last 5-6 years is a greater emphasis on perceived quality, retained newness, outstanding materials development, and striking exterior paint shades,” says Bose. 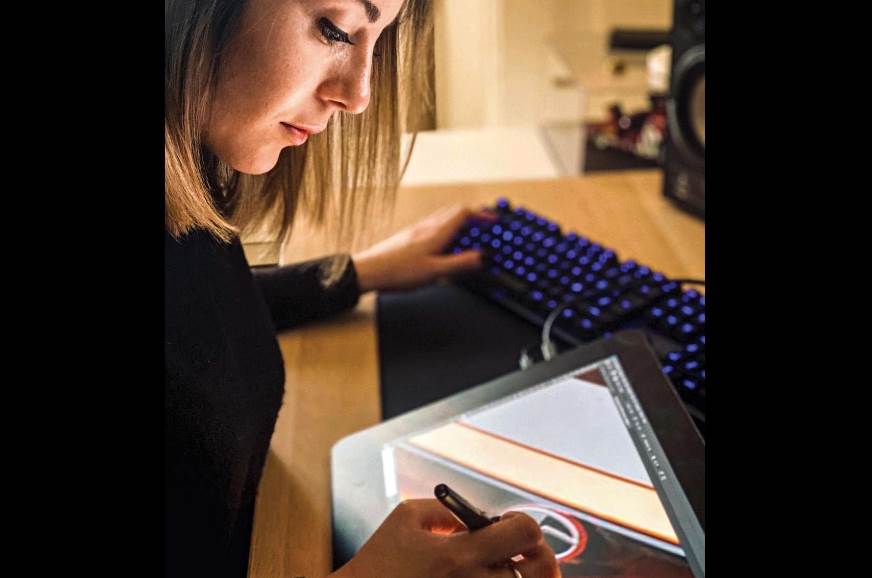 Apart from colour schemes and materials used, the CMF team is also entrusted with taking care of little (but important) details that you might not notice at first. Take, for example, the premium finish for the top of the Tiago’s dash (which is an entry-level hatchback, remember); how the ambient lighting adds a soft underglow to the centre ‘island’ on the dashboard of the Altroz; the three-tone dashboard for the Nexon, with each layer sporting a different finish; the electric blue accents of the Tata Nexon EV and the gloss black finish for the aircraft-style handbrake of the Harrier.

Maria Idicula Kurian, who is part of Shim’s team, describes what life is like for a CMF designer.

“When it comes to doing CMF for cars, you have multiple areas that need to be treated differently, yet those need to create a visual balance and a pleasant experience for the customer. You have to deal with physical materials and represent them digitally as well. One is constantly on the move, trying to analyse trends, meeting suppliers, trying to create the perfect shade of fabric, plastic, finish, etc. The joy in seeing your creations take shape is extremely satisfying at the end of the day.”

How Tata interior design is set to evolve

Working on a concept affords a greater degree of liberty even to CMF designers, who can experiment with materials that may otherwise not be feasible for a mass-production vehicle. A concept – as radical as it may be – opens the door for new materials to make it to production cars, and that is to be seen in two of Tata’s most recent concepts – the Tata H2X (which sported a glasshouse with reflective multi-tone glazing, as seen on ski goggles) and the Tata Sierra EV, which, on the inside, combined recycled leather, textiles, wood and even moss! While it’s highly unlikely you’ll find the last of those inside a future Tata, sustainable, environment-friendly materials will make it to production vehicles soon, with Shim foreseeing the trend starting with premium cars. 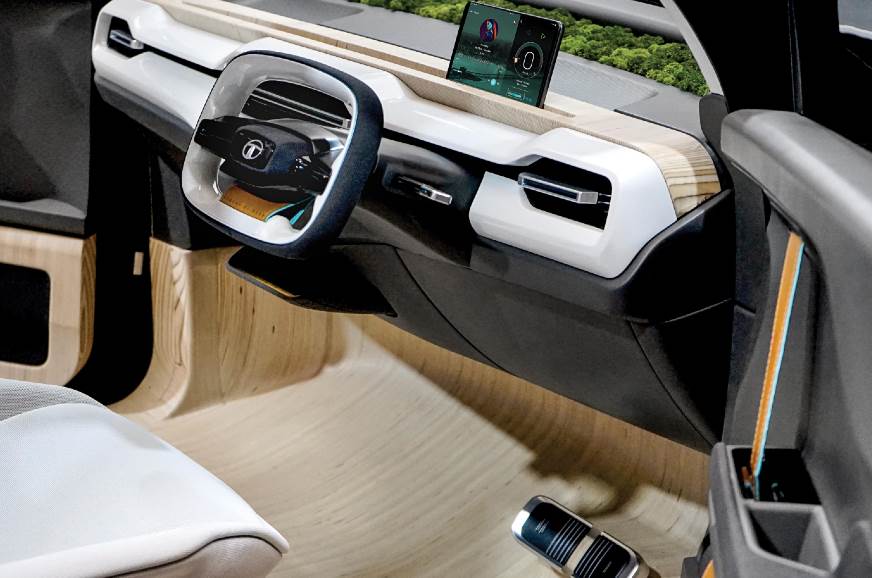 “Concept cars are to establish a ‘design/ product vision’ and the contents therein do not have to go through all the production hurdles of cost checks and material testing. We then create the essence of concept cars in a production-feasible way, so that customers can see the connection in the production version. Sustainability is one of the topics which is often linked to the changing mobility. Our MD once said during our design reviews that sustainability should be a part of the Tata Motors brand ethos, whether it is using recycled and natural materials or using material technology that makes it easier to be recycled later. The changes are likely to trickle down from the premium segment. ‘Sustainability’ is becoming a ‘new luxury’.”

It’s pertinent to mention at this point that, despite the massive leap they’ve taken, Tata’s cars – and their interiors – are still not perfect, or even necessarily the best in their respective segments. That said, they are now compelling enough to convert the fence-sitters into brand loyalists, which is reflected in Tata’s growing sales figures. Both, Bose and Shim, foresee the role of CMF evolving further as the scope of mobility expands, and a constant focus on refining and finessing details will doubtless bring more buyers into the Tata fold in the years to come. 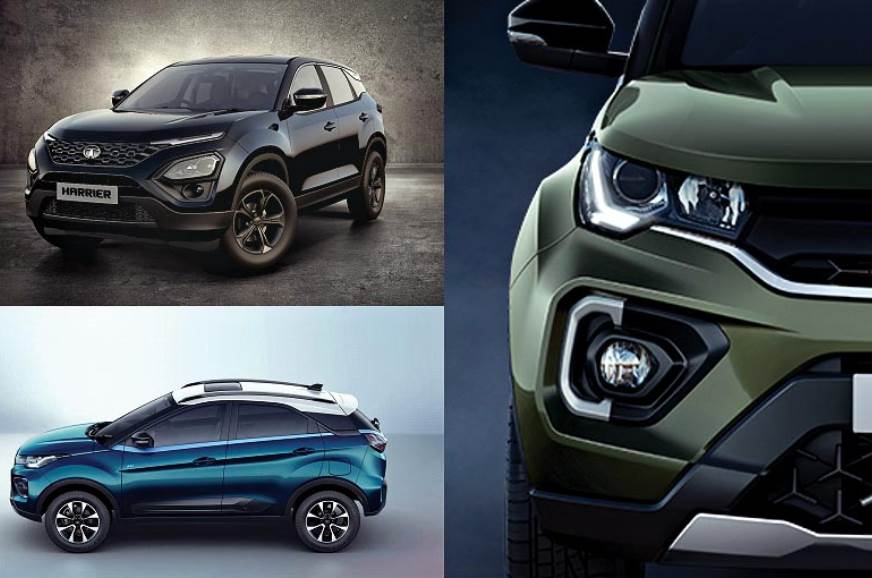 CMF chose Metallic Midnight Black for the Harrier Dark, Electric Teal for Nexon EV and Foliage Green for SUVs like the Nexon. 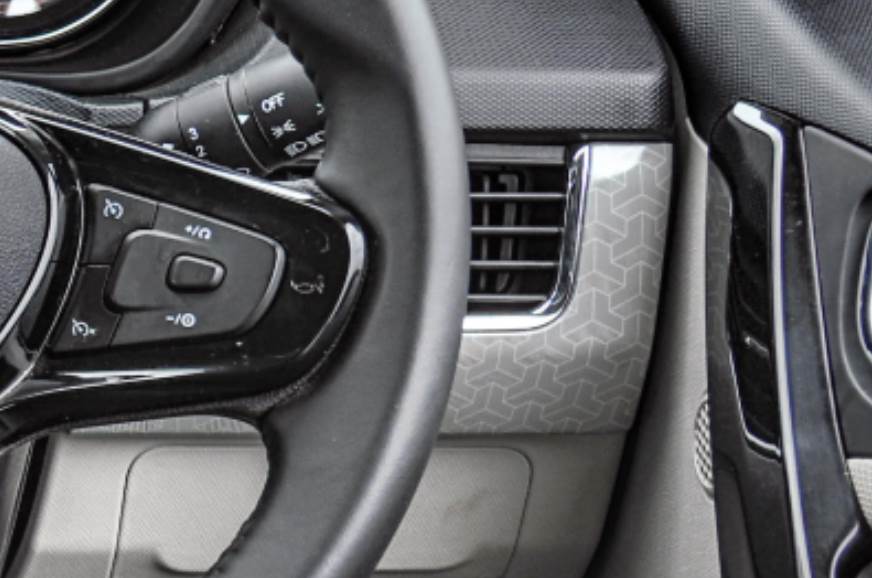 Designing motifs and graphics for the dashboard inlays is an attempt by CMF to add visual detailing to the interior. 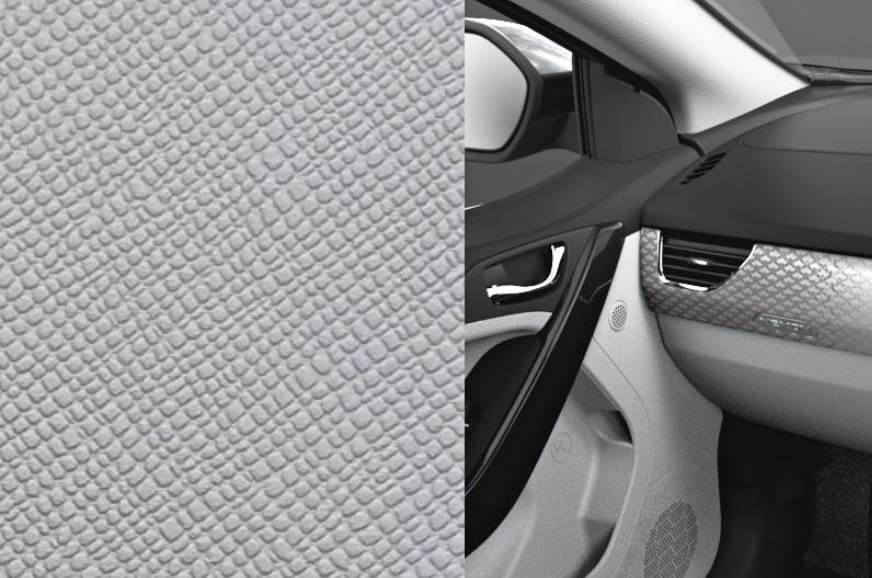 Grain for the Nexon’s interior panels designed to recreate the feel of leather bags from high-end luxury brands. 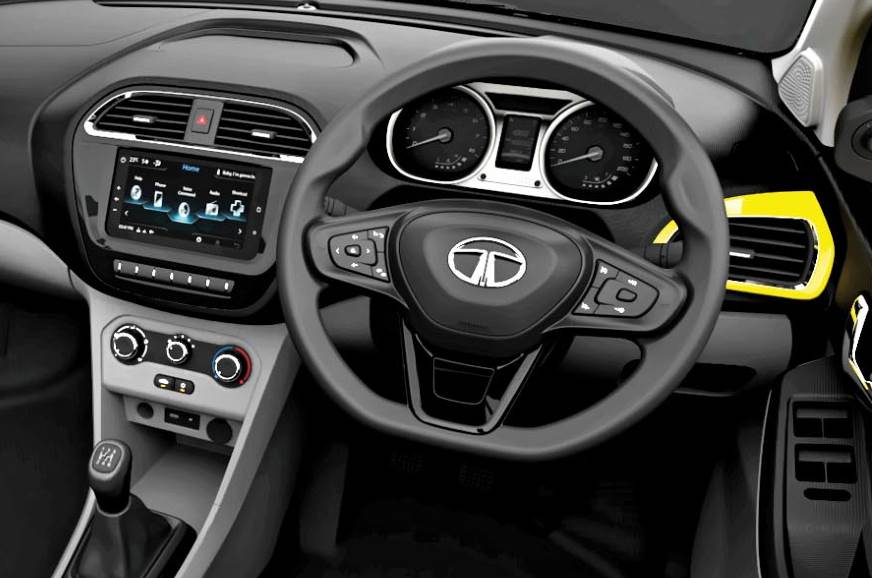 Tiago facelift received body-colour surrounds for the AC vents, an attempt to reflect the youthfulness of its target audience.

1,50,000thTataNexon rolls off the production line