In the second part of the Inspirational India series, we drive down in a Hyundai Creta to the world’s largest solar park in Bhadla, Rajasthan. 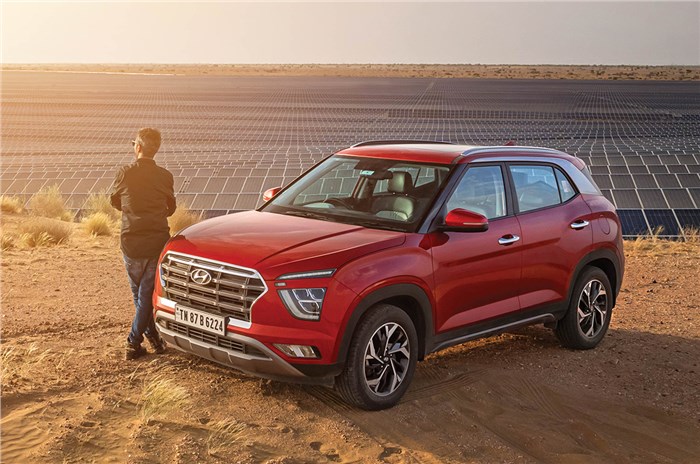 We don’t reflect on the aphorisms of Confucius as much as we should, but on a blisteringly hot June day, he is on our mind. And we are thinking about what he would advise if he happened to be driving through Rajasthan at the height of summer. The wise Chinese philosopher, universally famous for sayings such as ‘Forget injuries, never forget kindness’, would have surveyed the arid desertscape all around and the Sun glaring down on Earth and said, ‘When driving through desert, use car with ventilated seats’. 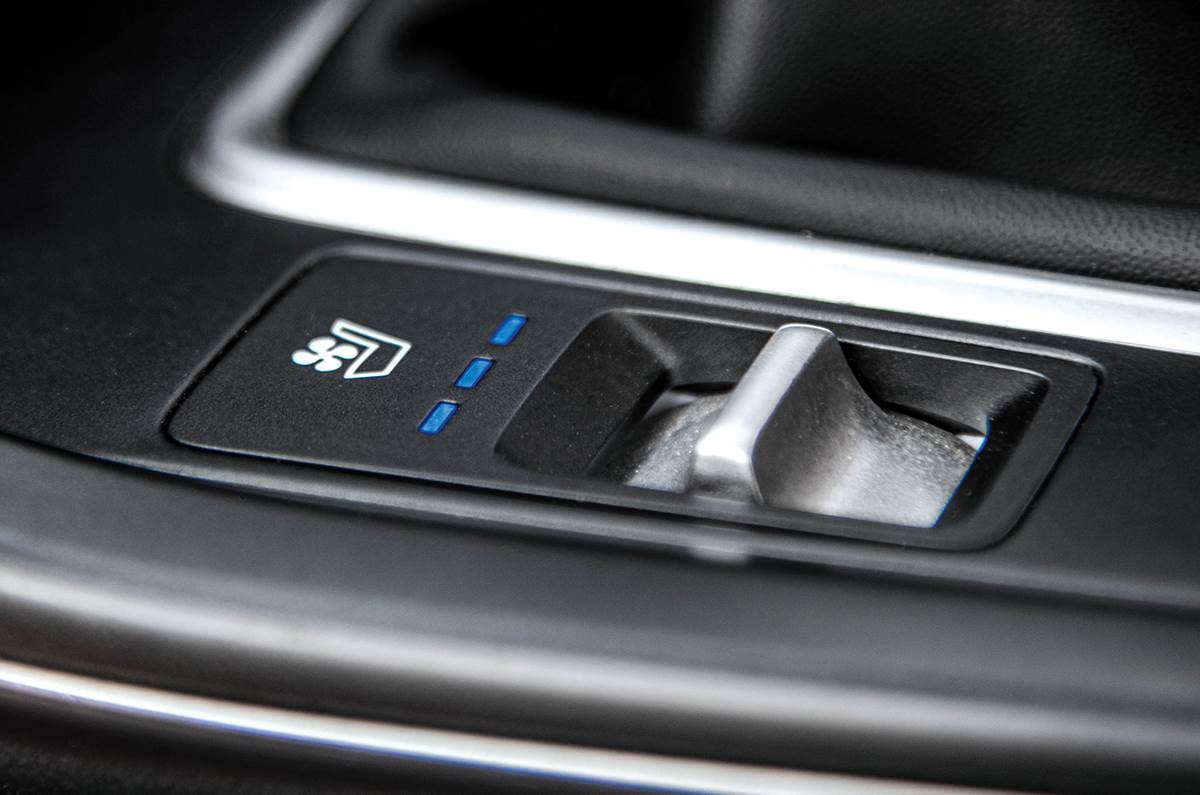 That, of course, is sound advice and we are glad the Hyundai Creta SX is equipped with them. Ventilated seats are not the only thing we love about Hyundai’s contemporary champion that has been a constant presence at the top of the midsize SUV sales charts ever since its launch over half a decade ago.

The Creta’s 1.5-litre variable-geometry-turbocharged diesel engine had proved itself to be extremely tractable in the little lanes of Jodhpur from where we began our journey. And out here on the state highway that leads towards the town of Phalodi, it shows, as it has time and again, that it is quite the king of cruising. 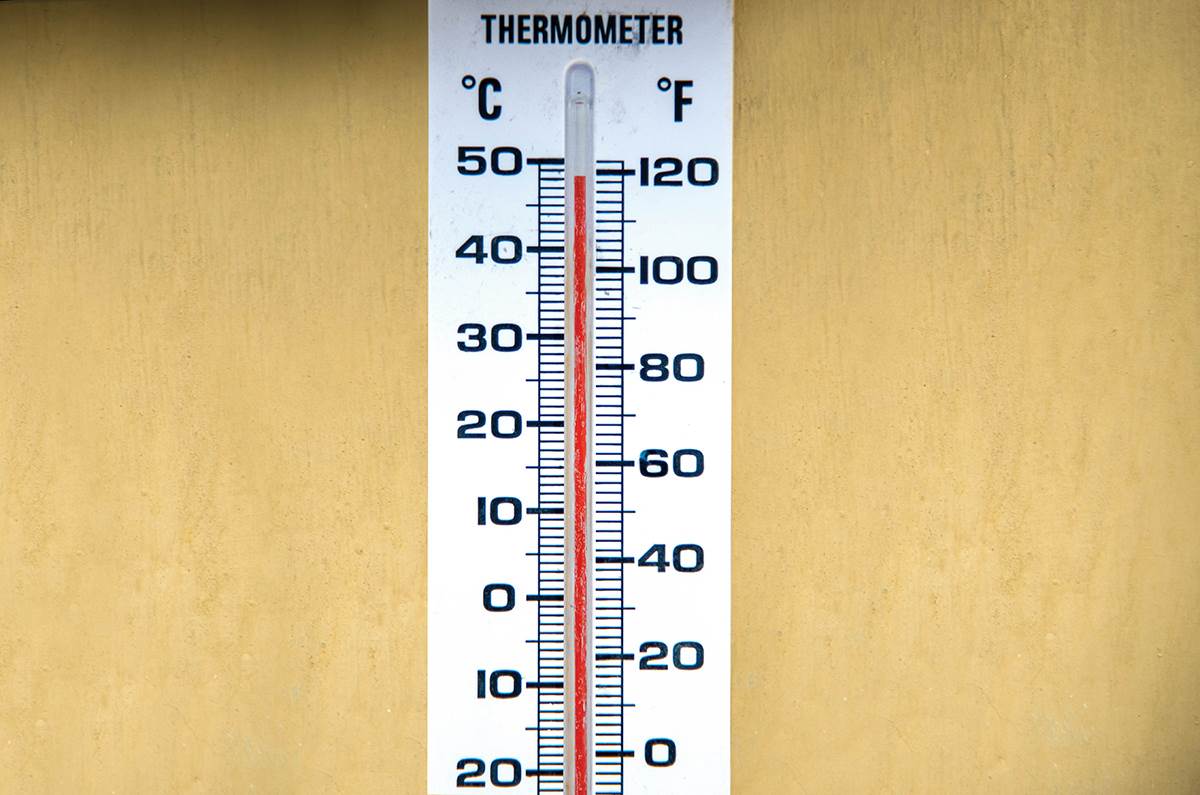 Yes, that’s how hot it can get in Bhadla.

We are in western Rajasthan to visit the Bhadla Solar Park, the world’s largest solar park. Bhadla is quite literally hell on Earth. Average temperatures are usually around 45-deg Celsius; sandstorms brew on the horizon nearly every other day, and there is nothing around for miles (Phalodi, a tehsil town, is about 80km away). 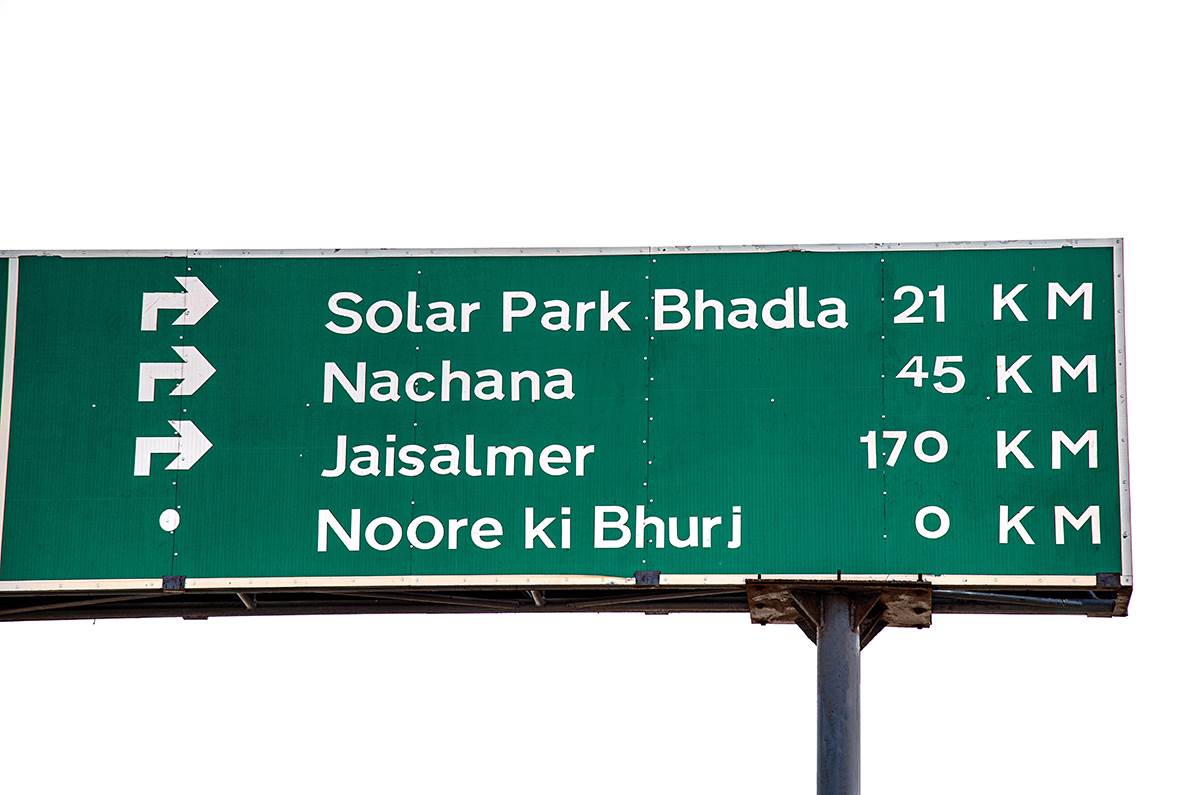 But all of this makes Bhadla a great location for a solar park. The park, which has an incredibly high solar irradiation of 5.72kWh/m²/day (power per unit area received from the Sun in the form of electromagnetic radiation as measured in the wavelength range of the measuring instrument), is spread over 14,000 acres (that’s the size of a little town).

About two years ago, with 2,245MW of solar projects commissioned, the park, which has been developed by Rajasthan Renewable Energy Corporation Ltd (RRECL), along with multiple entities, became fully operational.

Renewable energy plays a critical role in our ongoing battle against climate change, and projects such as Bhadla are helping the country — and the world — mitigate it.

Rajasthan is always a pleasure to drive in, regardless of when you head there. There is something very spiritual about deserts, and driving the Creta for kilometres on end on open roads was a meditative experience. 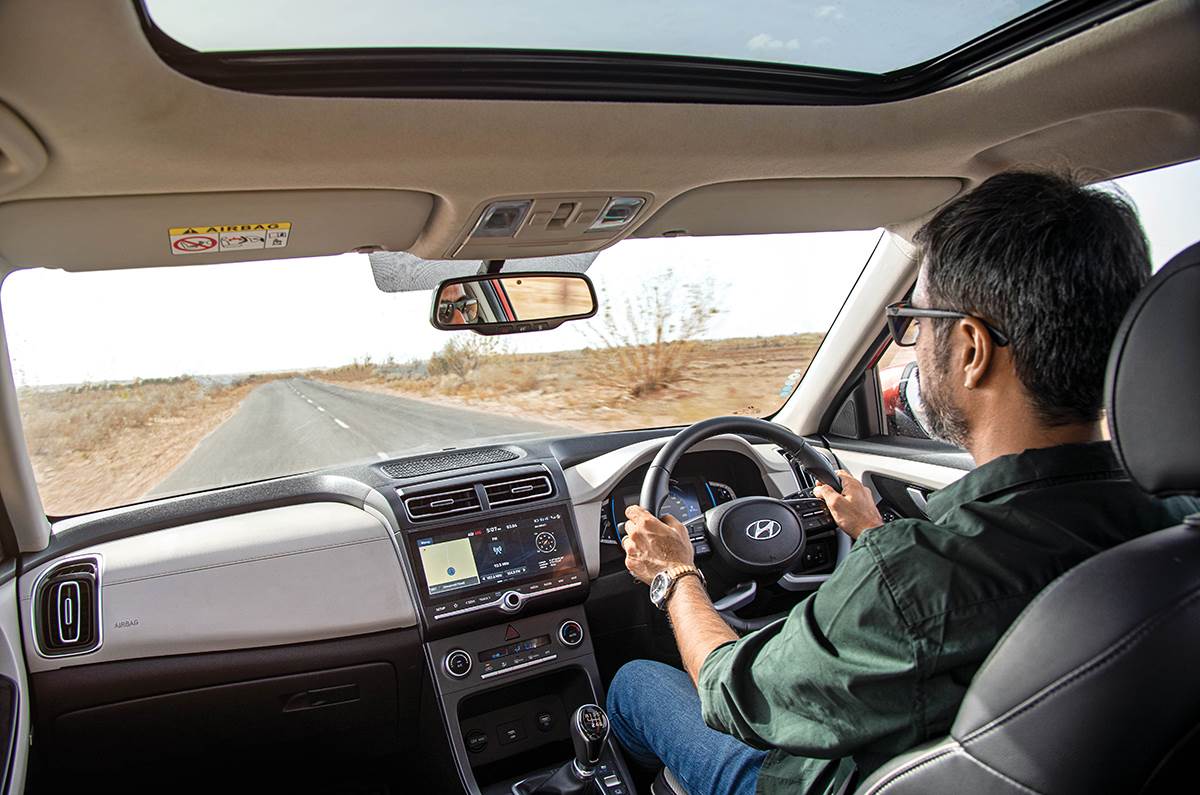 Hyundai’s mastery over the in-cabin experience is unmatched.

What helped matters was Hyundai’s mastery of the in-cabin experience. While the Creta exhibits great stability at high speeds, everything inside is geared to make the driver (and passengers) be at ease – the fantastic, well-cushioned seats at the front and rear, the panoramic sunroof, 10-25-inch touchscreen with a ton of connected car features and wireless charging.

The Hyundai Creta is not just incredibly city-centric, it is also a solid highway cruiser.

Irrespective of how long you’ve driven, you are as fresh as the proverbial filly when you arrive at your destination. You might have read up a lot on Bhadla, but its scale takes some time to process. For as far as the eye can see, there are arrangements of millions of gleaming solar panels. The monotone expanse is punctuated only by small control rooms and other equipment linked to power generation. 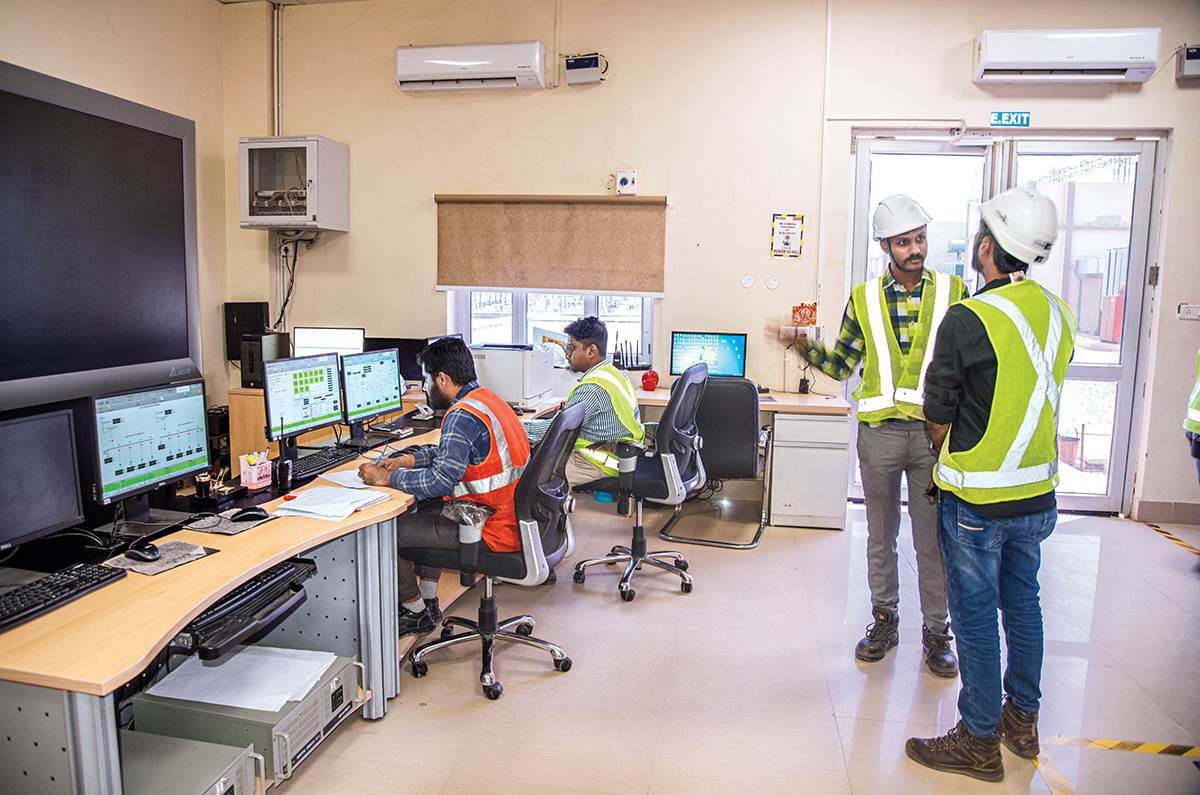 For a project of its size, Bhadla employs just over 300 people — solar parks don’t require as much labour as, say, thermal power plants — and the only murmurs of activity emanate from the inverter and control rooms where engineers monitor the electricity that is being produced. Early in the morning, you see cleaners wiping dust from the panels. “Once land aggregation has been taken care of and an evacuation system put in place, solar projects are relatively easier to maintain, as solar modules and cells have developed a lot in the last decade,” says Anil Dhaka, managing director, RRECL.

Bhadla was developed in four phases – the last two phases were completed in association with private companies. Among its biggest customers is the Uttar Pradesh Power Corporation. “The power generated at Bhadla can serve 11 lakh households,” says Dhaka. Western Rajasthan is, not surprisingly, the epicentre of the solar revolution in India. “Prime Minister Narendra Modi has promised that India will increase its non-fossil energy capacity to 500 GW and meet 50 per cent of its energy requirements through renewable energy by 2030. Rajasthan will be contributing about 20 percent of that figure.”

Gearing up for the future

Around early evening, we drive around Bhadla Solar Park, trying to get a sense of its scale from several angles. The Hyundai Creta acquits itself quite well on terrain it doesn’t usually encounter, even as the car’s air-conditioning system  — and thank god for this — resolutely keeps the searing heat at bay. We see groups of people exiting the park, mostly locals from the nearby villages who have found employment there. And then, as night starts to descend, there is just silence.

Speaking at the COP26 Summit late last year, Narendra Modi had said, “India will take its non-fossil energy capacity to 500GW by 2030. Second, India will meet 50 per cent of its energy requirements from renewable energy by 2030. Third, India will reduce the total projected carbon emissions by one billion tonnes by 2030. Fourth, by 2030, India will reduce the carbon intensity of its economy to less than 45 per cent. And fifth, by 2070, India will achieve the target of net-zero emissions.” Clearly, the road ahead is an unfamiliar and long one, but, with projects such as Bhadla Solar Park leading the way and helping us meet our solar targets, we can hopefully expect for a relatively smooth transition. As we drive back to our hotel late in the evening, Bhadla, which is now all lit up, recedes into the distance. And whichever way you look at it, it is an inspiring sight.