After a poor start to the 2022 Formula E season, Evans sheds light on how Jaguar staged a turnaround with back-to-back wins at Rome. 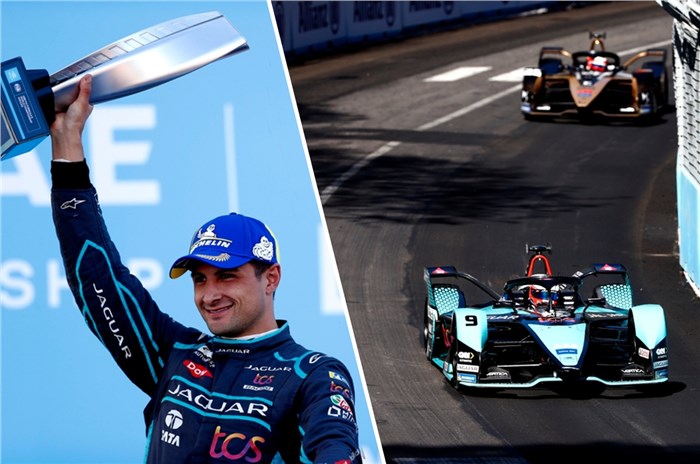 The Rome E-Prix ensured that Jaguar TCS Racing is back on track for the 2022 Formula E title bid, after Mitch Evans scored a spirited double victory. The weekend displayed a major upturn in performance for the team after a difficult start to the season.

Speaking at a media session, Evans stated that Jaguar’s inability to score any points at the previous round in Mexico, a venue where the team had won the last time Formula E raced there – in 2020 – was a major wake-up call. But the timing was just right.

After scoring some points in the Diriyah season-opener, Jaguar failed to collect any points in the next two rounds. It was a tough reality check for a team that many expected would be in the title hunt from the get go.

But two back-to-back wins at Rome breathed fresh life into their championship hopes. Rome has always been a happy hunting ground for Jaguar. But the team and Evans were so dominant this time around that even current championship leader Jean-Eric Vergne labelled them as “untouchable” throughout the weekend.

When asked by Autocar India what prompted this turnaround, Evans highlighted that the seven-week break between Mexico and Rome gave the team the required time to make some significant changes. “Fortunately we had a big break because we needed it,” he said. “The first few races were a bit of a disappointment with the results, especially Mexico. We were struggling at a circuit where we won the last time we visited. So that was a clear wake-up call, but at least it came at a time when we had time to react, analyse and adapt to the situation.”

Jaguar suffered from a combination of problems

When asked if Jaguar was struggling in any particular area, Evans replied that it was a combination of issues, rather than just one thing. But he did highlight cornering as one of the major issues for the car – “most of aspects of the corner were just very unpredictable and difficult”.

He added, “It’s many different avenues that we worked on. The team has just done an incredible job to find the answers and give me the tools to feel comfortable in the car; extract the most out of it and leave it up to me to complete the job on track. It’s very easy to see that we’ve done a double win and that’s incredible, but the work that has gone into it has been pretty insane in the last seven weeks. It’s cool to see that all pay off.”

The result came at a crucial time, with Evans admitting that “any later and the stress levels would have risen more”. But he’s also aware that this doesn’t guarantee strong results at the upcoming round, given the unpredictable nature of Formula E. Despite picking up 60 points at Rome, Jaguar are still fifth overall. Evans is fourth in the drivers’ championship, with the top five drivers separated by just nine points.

“That’s just the nature of this championship, everyone’s operating at such a high level,” Evans said. “If your car just doesn’t quite suit that track with the ambient or track temperature or if you’re having a little bit of an off day, it’s just so easy to just be knocked down to the middle or rear of the field. So to be operating at the level we did [at Rome] for the whole championship is so hard because you have to adapt to every circuit. What Rome needs is not necessarily what Monaco needs, and then Berlin is a completely different track to both of them. So you have to constantly try to move around the jigsaw puzzle to make sure that you’ve got what I found in Rome. And unfortunately, you can’t just copy and paste that.”

“I’ve got full faith that we’ve got the fundamentals of the car and the team to be able to consistently be there [on top]. I really hope it’s not a one-off, but time will tell. I know the team is super hungry to keep this momentum going and hopefully we can have good success especially in Monaco and for the rest of the championship.”

Formula E heads to Monaco on April 30 for Round 6. This will also be a crucial weekend for the championship, with the all-new Gen3 car slated to be unveiled on April 28. Formula E claims this will be its fastest, lightest, most powerful and efficient racer so far.