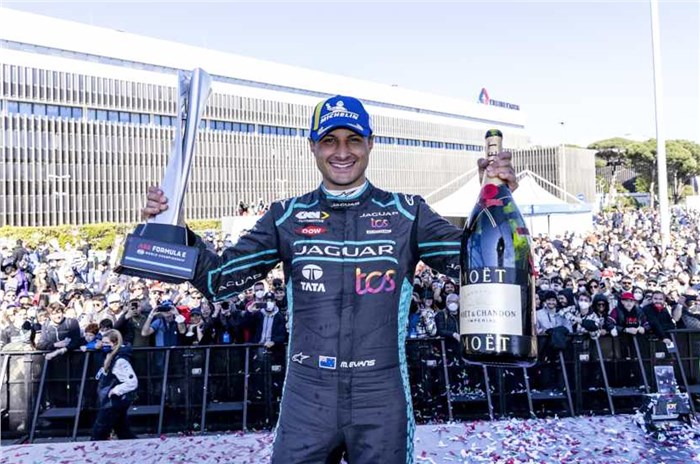 Mitch Evans is now fourth overall in the drivers' championship. 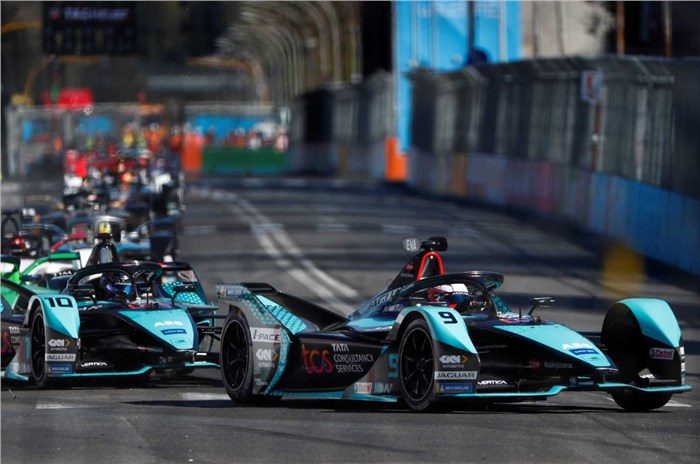 Mitch Evans handed Jaguar TCS Racing two back-to-back wins on the streets of Rome. But it is DS Techeetah’s Jean-Eric Vergne who took the championship lead after finishing fourth and second in the two races.

Polesitter Stoffel Vandoorne (Mercedes EQ) and Envision Racing’s Robin Frijns spent most of the race battling for the lead. Meanwhile Evans – who scored his and Jaguar’s first Formula E victory in Rome in 2019 – was steadily making his way up the order from ninth on the grid.

Using the extra power from his second Attack Mode, Evans successfully passed Vandoorne and Frijns to take the lead. With both Vandoorne and Frijns now battling it out for second place, Evans was able to open up a comfortable gap out at front. He ended up taking victory, 5.703 seconds ahead of Frijns, while Vandoorne rounded out the podium.

Evans followed that up with another victory the next day, this time due to strategic use of his Attack Mode. Saving his second Attack Mode till the very end of the race, Evans took the boost with less than eight minutes on the clock. The added power helped him pass Porsche’s Andre Lotterer for the lead on the hill up to Turn 7.

The Jaguar driver remained in control out at front in the closing stages, while Vergne and Frijns slipped past Lotterer to grab the other two podium spots.

Speaking after the race, Evans said, “This weekend has been a dream. I was hoping to come to Rome and get some solid points, but a double win is just incredible. Yesterday was amazing but I knew it would be really hard to do repeat again today as these double-headers can be tricky. The Jaguar I-TYPE 5 has been just perfect. This is our third win here now and I’m going to take this incredible feeling and momentum into Monaco.”

Mahindra Racing’s disappointing start to the season continued in Rome. Both, Oliver Rowland and Alexander Sims stated that they struggled to dial-in the car during qualifying. And while the team’s race performance appeared to be better, both drivers were involved in separate incidents.

Rowland had to retire his car after an early incident with Edoardo Mortara in the first race. Sims finished the race 12th, outside the points. Things were even rougher in the next race, with Mahindra suffering a double retirement – Rowland’s car lost power, and Sims suffered a race-ending incident while climbing towards the points.

Reflecting on the team’s performance, Mahindra Racing’s CEO and team principal Dilbagh Gill said, “This was our poorest showing in recent years, which is a shame because a lot of hard work went into the preparation. We under achieved partly because we were chasing our own car all weekend and partly due to some bad luck. But we all know you can place yourself outside of the unlucky zone by qualifying inside the top eight.”

It’s a tight battle in the championship, with nine points separating the top five drivers. Vergne is leading the standings by just two points from Frijns. Vandoorne is a further two points adrift in third place, while Evans is five points behind him.

Next up on the Formula E calendar is the Monaco E-Prix, where all-new Gen3 car will also be revealed.