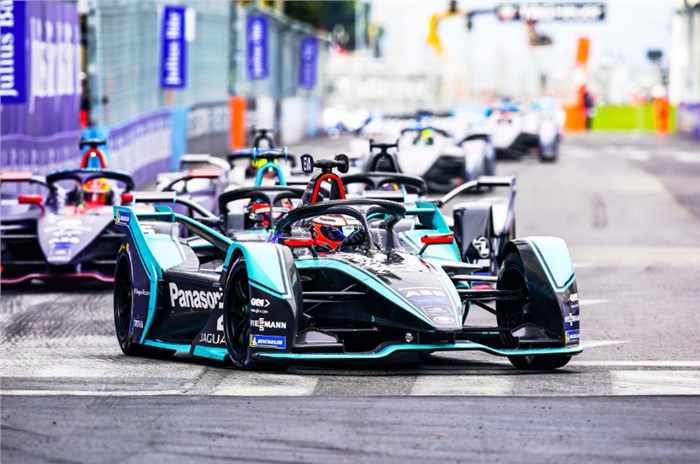 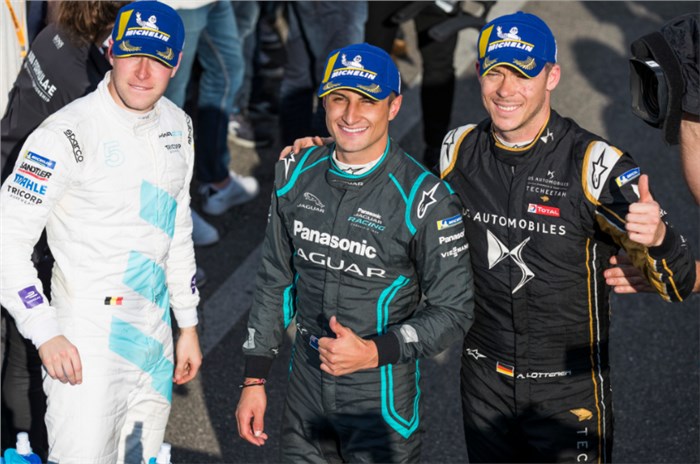 Mitch Evans helped create history for Jaguar Racing after defeating DS Techeetah driver Andre Lotterer to clinch the team’s first-ever Formula E race win at the Rome E-Prix. This makes Evans the 7th different driver to win a race this season in just as many races – with all the race winners belonging to different teams.

It was a chaotic start to the race with damp conditions making it tricky for the drivers. Lotterer, who started the race from pole position, managed to make a clean getaway with Evans and Jose Maria Lopez behind him. But, further down the pack, Max Gunther clipped the wall after sliding sideways through Turn 8, his car suffering bodywork damage in the process. Just moments later, Lopez made contact with Sam Bird, seemingly bringing the latter’s race to an end. But miraculously, Bird found the chance to continue on since the race was soon red- flagged after a massive pile up blocked the track.

Lopez crashed into the wall at the Turn 17/18 chicane, catching out Gary Paffett, Jean-Eric Vergne and some other drivers behind. The lengthy red flag period gave teams the chance to work on their cars, however the incident did bring an end to Paffett’s race.

Once the race restarted, Evans spent several laps right on Lotterer’s tail. He finally managed to overtake Lotterer with 16 minutes left on the clock, using the Attack Mode to overtake him at Turn 11. Lotterer attempted to move back into the lead by engaging his second Attack Mode, and for a moment, it looked like the race could play into his hands as Evans failed to activate his for a second time. However, the Jaguar Racing driver managed to keep Lotterer at bay, but with his car running out of energy, he had to back off in the final few laps – bringing back memories of his disappointing Rome E-Prix last year, where poor energy management strategy forced him down to the back of the pack from the lead. However, it was a different story this time around, and he ultimately held on to win the race, crossing the finish line with just two percent of usable energy left.

Vandoorne finished the race in 3rd place for HWA, claiming both his and the team’s first Formula E podium after what has been a challenging start to the season. Robin Frijns took 4th place after using Attack Mode to pull off a late move on Sebastien Buemi. Buemi’s Nissan teammate Oliver Rowland finished just behind him in 6th place, followed by Lucas di Grassi.

Vergne was handed a drive-through penalty for overtaking Antonio Felix da Costa under a full-course yellow, dropping him down to 14th place, but he did earn a point for setting the fastest lap. This promoted Jerome d’Ambrosio to 8th place, the Mahindra Racing driver managing to climb up the field after starting the race all the way down from 19. This handed him enough points to take the lead in the drivers’ standings once again, albeit by just one point from da Costa, who finished the race in 9th place. Mahindra Racing’s other driver, Pascal Wehrlein rounded up the top 10.  Bird managed to complete the race in 11th place after Virgin Racing was able to repair his car under the red flag.

Both Venturi drivers – Edoardo Mortara and Felipe Massa – had to retire from the race after suffering transmission problems.