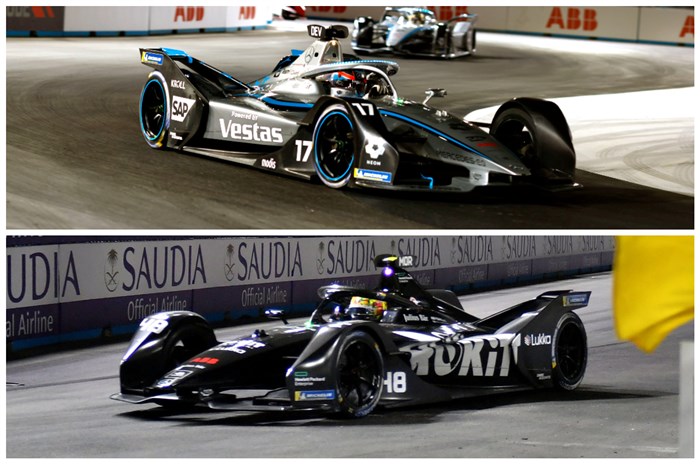 Nyck de Vries (top) and Edoardo Mortara (bottom) won a race each at the Diriyah E-Prix.

Reigning Formula E world champions Mercedes and Nyck de Vries kicked off their title defence with a strong showing at the 2022 Formula E season opener at Diriyah. Venturi joined the party, with Edoardo Mortara collecting a win after a late-race safety car in the second Diriyah E-Prix.

Mercedes picked up where they left off in Season 7, with Stoffel Vandoorne leading the pack away from pole position. His teammate, defending champion de Vries, missed almost the entire first practice session after a crash. But that didn’t seem to affect him much, as he quickly jumped Andretti’s Jake Dennis to move up to second.

An uncharacteristic slip-up from Vandoorne saw the Belgian miss his marks as he attempted his second attack mode activation. Taking full advantage of the opportunity, de Vries slipped into the lead. Vandoorne did close the gap, but ultimately had to settle for second place.

The Mercedes duo stamped their authority in the race, finishing over eight seconds clear of third-placed Dennis. “It put myself and the team on the backfoot.Tthen you have to rebuild your confidence, and the conditions were very slippery, very different to last year,” said de Vries, referring to his crash earlier during the week.

“I was actually very happy with what we achieved in qualifying, and then I knew we had a strong race car to capitalise on our qualifying position. We had great pace, the team did a great job and I was a bit fortunate with Stoff [Vandoorne] missing his attack mode, but at the end of the day, it was faultless from our garage and we managed to win the first race. I am very pleased with the way we managed to win this race and start the season strong,” he added.

After finishing sixth in the opening race, Edoardo Mortara bounced back to win the next Diriyah E-Prix. It was a tense battle between the frontrunners and Mortara swept past his teammate Lucas di Grassi to take the lead on lap 17.

His next task was to keep Envision Racing’s Robin Frijns at bay, which he managed to do so successfully till the Safety Car was brought out to collect Alexander Sims’ stricken Mahindra. Slow recovery meant the race ended behind the Safety Car, handing Mortara the win from Frijns and di Grassi.

“It was a very strategic race, very difficult for the nerves because I didn’t have a lot of energy, but neither did my colleagues around me. They were playing strategy, trying to attack me and make me consume, so I tried to keep my head cool and it worked,” Mortara said. 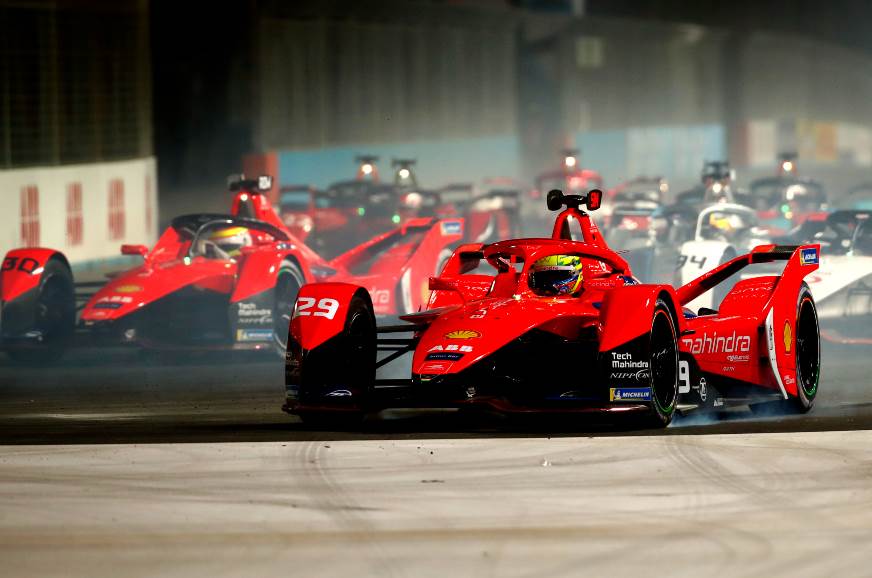 Mahindra Racing showed some promising form in practice, but couldn’t materialise that into strong results. Alexander Sims finished the first race in 14th place, but unfortunately an incident with Frijns resulted in a retirement for Oliver Rowland.

After a three-place grid penalty, Rowland clawed back some lost ground to finish eighth in the next race. But this time around, it was Sims who retired after touching the wall while running 11th.

Reflecting on the teams’ performance, Mahindra Racing CEO and team principal Dilbagh Gill said, “On track, we had some highlights at the Diriyah ePrix – we showed pace in practice, progressed to the Duel battles in both qualifying sessions and collected our first points of the year. The potential is all there, however, there’s a lot we need to do before round two in Mexico City in less than two weeks. We will keep our heads down, stay focused and keep pushing.”

Next up on the Formula E calendar is the Mexico E-Prix on February 12.

Who do you think will win the 2022 Formula E season? Tell us in the comments below.

Anything about Honda Motorsport? Are they IN or OUT in F1 still...

Anything about Honda Motorsport? Are they IN or OUT in F1 still...