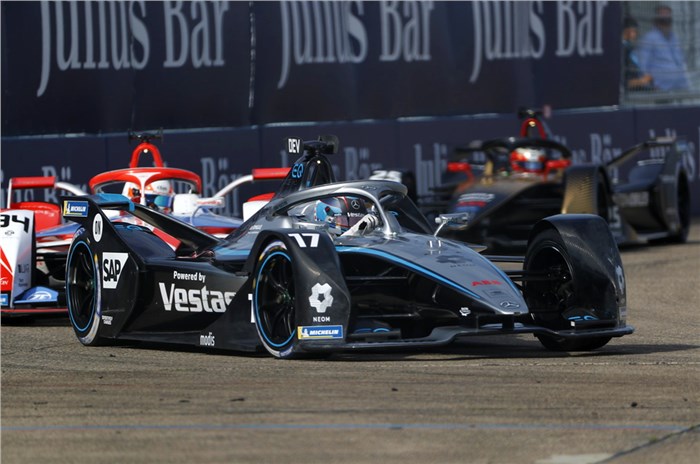 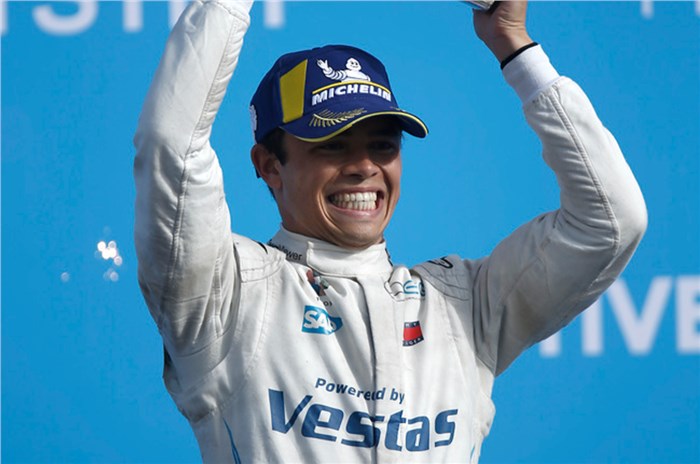 Mercedes-EQ has won both the 2021 Formula E titles, with the squad clinching the teams’ championship and driver Nyck de Vries winning the drivers’ championship. The 26-year-old Dutch driver is the youngest champion in Formula E history.

De Vries could only manage 22nd and 8th place finishes in the two races on the Tempelhoff Airport street circuit, but that was enough to claim the crown in the seventh season of the electric single-seater series.

He entered the weekend leading the championship, but was on the back foot after qualifying just 19th for the opening race. He made good progress early in the race, but a puncture forced him to stop and dropped him to 22nd. That meant de Vries’ championship lead was cut to a single point for Sunday’s season finale, but the Dutchman’s path to the title was eased after early dramas for his main title rivals.

De Vries found himself in the thick of a frenzied battle in the lower reaches of the top ten, but survived several scrapes to finish 8th and clinch the crown.

Dennis and other title hopefuls left in despair

The Berlin event marked the final Formula E event for BMW, and early in the second race it looked like Jake Dennis might claim a fairytale championship for the marque.

The British racer finished 5th in race one, but shortly after the start of the second race he seemed to have a clear path to glory. Jaguar’s Mitch Evans stalled at the start, and Edoardo Mortara ploughed into him from the back, prompting a red flag and eliminating both drivers who were in title contention. That left Dennis in 7th position at the restart. With de Vries well down the order, he was on course for the title until a battery failure while he was lifting caused him to crash into the wall and out of the race.

It was a tough end to what has been a brilliant first Formula E season for Dennis. Amazingly, such was the chaos in race two that Mortara, Dennis and Evans finished 2nd, 3rd and 4th in the final championship standings. 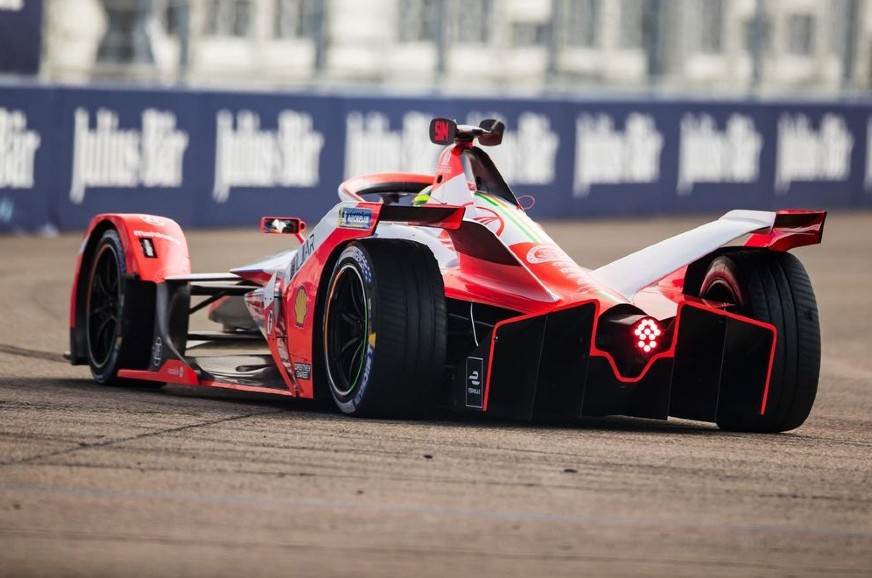 Berlin was not as kind to Mahindra Racing as the previous round in London, where the team clinched its first win in over two years. However, the Indian squad did manage to wrap up the season by collecting some more points.

Sims finished the first of two races in Berlin in 17th place, but had a far more competitive outing in Sunday’s finale. At one point, the British driver was in contention for victory, but ended up finishing the chaotic race in 5th place to collect 10 points.

London E-Prix winner Alex Lynn, however, faced a tough weekend. A late drive-through penalty in the first race saw him finish 20th, while he finished the last race in 13th place. Overall, Mahindra Racing wrapped up the season with a 9th place standing in the teams’ championship, finishing ahead of Nissan, Dragon and Nio 333.

Mahindra Racing Team Principal Dilbagh Gill summed up the season, saying: “I’m very proud of the whole team and I thank each and every one of them for their huge efforts every day. An unbelievable amount of work goes in to achieve results and we can be proud of what we have achieved this year with a fifth race win to add to Mahindra Racing’s Formula E tally as well as three fantastic podiums. There are definitely moments I’ll never forget and now we look forward to continuing our work in the off season ahead of launching our Season 8 campaign.”

Berlin also marked Audi’s final weekend in Formula E, and Lucas di Grassi ensured the manufacturer went out in style with victory in Saturday’s race. The Brazilian battled with the two DS Techeetah cars early on, and in the closing laps of the race had to use his attack mode boost to fight past Norman Nato and Mortara for his second win of the season.

Venturi driver Norman Nato excelled in Sunday’s chaotic outing, battling his way to the front and expertly managing a number of restarts to claim his maiden Formula E at the end of his first season.

Formula E’s seventh season was its first as an official FIA world championship, and it is amazing to reflect on how far the car has come since its slow start (with far slower cars) in 2014. While it is yet to win over some racing purists, it has developed its own brand of entertainment along with an enviable calendar of races and line-up of manufacturers.

The calendar becomes even more impressive for the 2021-2022 season that starts next January, with the addition of races in Seoul in South Korea, Vancouver in Canada and Cape Town in South Africa. But the championship will have two fewer manufacturers, with Audi and BMW withdrawing their works support (although BMW will still provide powertrains for current partner) Andretti Autosport. And reports emerged over the Berlin weekend that Mercedes are also set to quit Formula E after next season, which will be the last before the new Gen3 car is launched.

Motorsport championships have always been reliant on the whims of manufacturers, but it is certainly not a positive trend, and one that Formula E bosses will want to address.