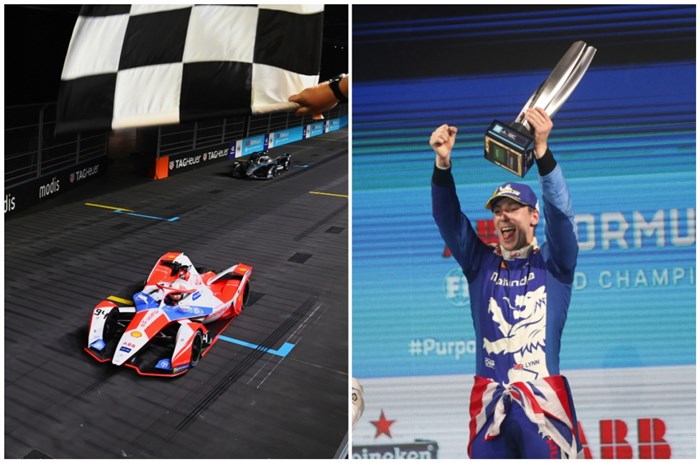 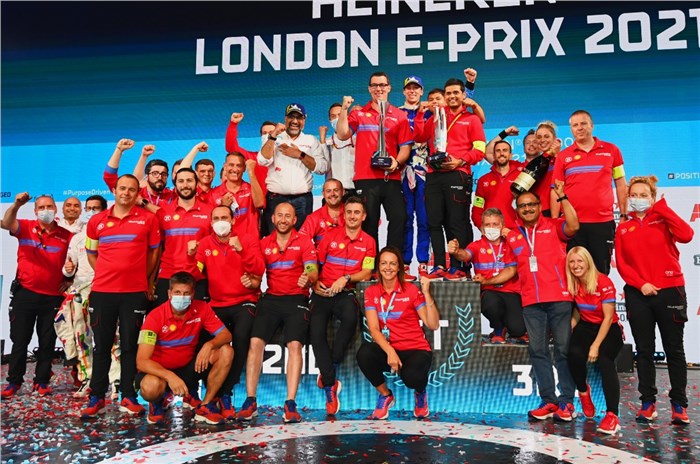 Mahindra Racing scored an emotional win at the London E-Prix as Alex Lynn handed the Indian team its first Formula E victory in over two years (the last one being at the 2019 Marrakesh E-Prix). Lynn enjoyed a strong home event, following up his 3rd place finish on Saturday with his maiden victory the next day.

Round 13 of the 2021 Formula E season turned out to be a frantic race. Audi’s Lucas di Grassi was leading most of the race, jumping up from 8th after driving through the pit lane during a safety car period to take the lead.

However, stewards deemed this move illegal and handed him a drive-through penalty for the same. With Audi opting to not serve the penalty, di Grassi was black-flagged on the very last lap of the race. The former Formula E champion was disqualified as a result, despite crossing the line first.

Amidst all the chaos, Lynn kept his head down and executed the perfect drive to score his first-ever win in Formula E. “It’s hard to put my feelings into words to be honest! I can’t believe this has happened - it’s as special as it gets. Formula E has been an interesting journey for me, so to win is unbelievably special,” the British driver said.

“We had to make it happen today and we did. I get the pleasure of driving the car and I’m thankful to the whole team; there’s not a group of guys and girls that doesn’t stay longer and wake up earlier than them so I’m thrilled for the whole team.”

Lynn had been in top form all weekend, securing pole position for Round 12 as well. He ended up finishing that race on the podium in 3rd place, behind race winner Jake Dennis and 2nd-placed Nyck de Vries. Lynn now stands 6th overall in the drivers’ championship, 17 points off championship leader de Vries.

Lynn’s teammate Alexander Sims, unfortunately, didn’t enjoy the same luck. He was hit on the opening lap of Round 12 and retired due to the resulting damage. The next race saw his bad luck continue as he was once again involved in an incident on the first lap, resulting in a puncture. He ended up completing the race in 16th place.

Mahindra Racing’s strong form in London elevates the Indian squad to 7th in the teams’ championship, splitting Audi and Porsche. Virgin Racing tops the standings with 165 points, seven points ahead of Mercedes.

Commenting on the team’s strong performance at the London E-Prix, Mahindra Racing Team Principal Dilbagh Gill said, “That is our fifth victory in Formula E and it is sweet! Ever since we unloaded the car, Alex has been fast and on it and he has been spectacular all weekend. A win and a podium, as well as a Pole Position and fastest in group qualifying has shown the strength of the package here in London.”

“To hear the Indian national anthem on the podium for the first time since Marrakesh in Season 5 was an unbelievably special moment. We are going to enjoy this result and look forward to ending the season on a high in Berlin – we’re right back in the hunt now,” he added.

Formula E will now head to Berlin for the final two races of the season, on August 14 and 15, where a new Formula E champion will be crowned.