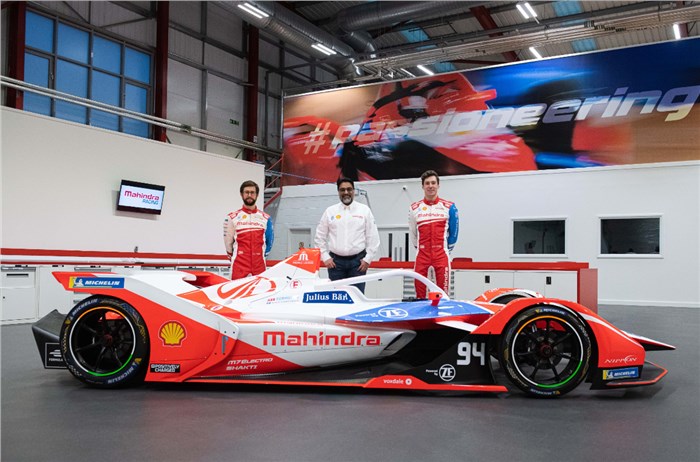 The Mahindra Racing M7Electro, which will be the Indian squad’s latest challenger for the upcoming 2021 Formula E season, has been officially unveiled with an all-new powertrain. Additionally, Mahindra Racing has also confirmed its new driver line-up, with Alex Lynn signing on alongside Alexander Sims.

What’s new on the M7Electro?

The covers were pulled off the M7Electro in a virtual launch hosted by 1996 F1 champion Damon Hill. Underneath, the M7Electro features an all-new powertrain – the first developed for Mahindra Racing by technology major ZF Friedrichshafen AG, following their partnership announced last year.

As part of a new cost-cutting measure, manufacturers will only be able to alter powertrain components once over the next two seasons. By making this change at the start of the season itself, Mahindra Racing are hedging their bets on the new powertrain to help them return to their winning ways.

The Indian team struggled with reliability in the first-half of the 2019/20 season. The extended break due to COVID-19 did give them the chance to address some issues with energy development. However, they yet struggled to convert their strong qualifying pace into race results in Berlin. They did ultimately defeat Venturi Racing to take nineth place (out of 12 teams) in the championship.

Also new on the M7Electro is the transmission system. The team’s partner, Shell, has also developed a dedicated e-transmission fluid to further enhance the efficiency of the transmission. This will be a pivotal change, considering the team had to switch to using a 2018/19 spec powertrain last season due to a gearbox issue.

It was revealed earlier this year that former BMW Formula E driver Alexander Sims will join Mahindra Racing for Season 7. The British driver replaces 2019 Marrakesh E-Prix winner Jerome d’Ambrosio, who has instead joined Venturi Racing as its deputy team principal after announcing his retirement from professional racing.

Mahindra Racing has now confirmed that its second seat will be taken up by none other than Alex Lynn, who was drafted in to replace Pascal Wehrlein for the final six rounds of the 2019/20 Formula E championship.

While speaking to Autocar India ahead of the Formula E Season 6 finale, Lynn reiterated that he intends to continue his association with the team. Having to adapt to a new car in a relatively short amount of time, he did pick up some strong points finishes for Mahindra Racing in Berlin, and even managed to outscore d’Ambrosio. His results, combined with his prior Formula E experience with DS Virgin Racing and Jaguar Racing, make him a logical choice for Mahindra Racing.

“I’m incredibly excited to be back for Season 7 of the ABB FIA Formula E World Championship and to be a part of Mahindra Racing. I’ve had the opportunity of driving the M7Electro on numerous test days and we’re all pretty proud of what we’ve come up with,” said Lynn.

Former F1 driver Nick Heidfeld will continue in his roles as official test and reserve driver, and special advisor. 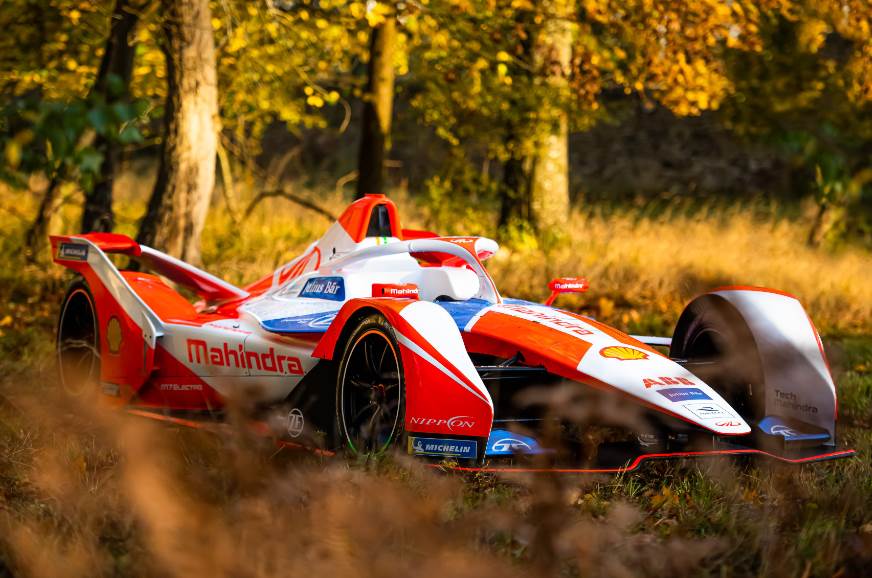 To get a better idea of whether the M7Electro has made any strides in performance, we’ll have to wait for the pre-season tests at Valencia from November 28 to December 1. The season itself will kick off with a double-header in Santiago, Chile, on January 16 and 17, 2021.

The impact of COVID-19 has forced Formula E to postpone the launch of its Gen2 EVO car by a year, until the 2021/22 season. So, the upcoming season will see fairly stable regulations. Nevertheless, the new rule allowing manufacturers to select when they will homologate their powertrain does throw in another strategic chess piece.

Season 7 will also be the electric racing series’ first as an official World Championship, joining the likes of F1, the World Rally Championship (WRC), and World Endurance Championship (WEC).