The accreditation will be required to compete in Formula E from 2022 onwards. 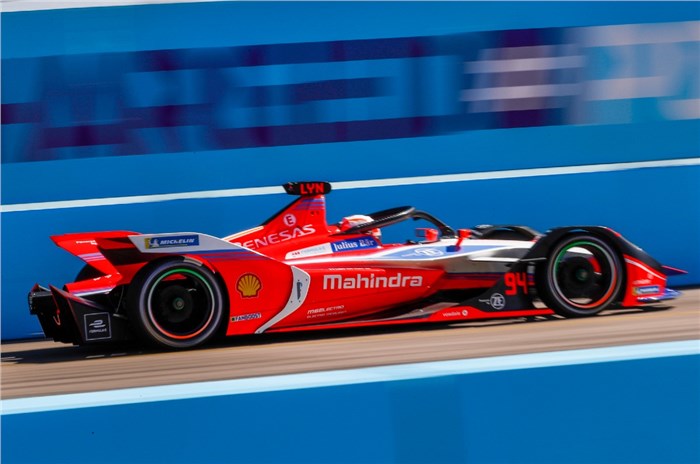 The Mahindra Group has been vocal about its efforts to achieve group-wide carbon neutrality, and its Formula E team had previously held a two-star rating. Since 2019, the team has been planting a tree for every single Formula E Fanboost vote received by its drivers. A statement released by the team also claims that the Mahindra Group has planted 18 million trees over the last 13 years as part of its ‘Mahindra Hariali’ initiative.

Mahindra Racing is only the second motorsport team, along with the McLaren F1 team, to receive a three-star rating.

“Sustainability is not a buzzword for us. It is ingrained into our ethos and a big part of the reason we are racing in Formula E,” said Dilbagh Gill, Mahindra Racing CEO and Team Principal.

“Over the six years of the Formula E project to date, we have been working tirelessly not only on our racing programme and ‘race to road’, but on walking the walk in terms of our sustainability talk,” he added.

Mahindra Racing finished the 2019-20 Formula E season in ninth place after struggling with reliability in the first half of the season. The team will be working over the break to ensure it can return to its winning ways next year.

Launched in 2021, the FIA environmental certification programme aims to encourage clean and consistent environmental management in motorsport. It provides a three-level framework against which to rate activities, with a three-star rating being the highest.

Some of the key elements of the accreditation criteria include management commitment, communication, as well how the organisation manages aspects like transport, energy-usage and waste-handling.

At a meeting held in Geneva in March, all the Formula E teams committed to achieving an FIA Environmental Accreditation. As a result, a two-star rating will be necessary to enter Season 8 (2021-22). Following that, the highest three-star accreditation level will be compulsory to compete in Season 9 (2022-23), at which point the Gen3 race cars will be introduced.

You can head here to read more about Formula E’s Gen3 cars and chargers.