2014 GP3 champion Alex Lynn will partner Jerome D’ambrosio at Mahindra Racing for the remainder of the 2019/20 Formula E season. 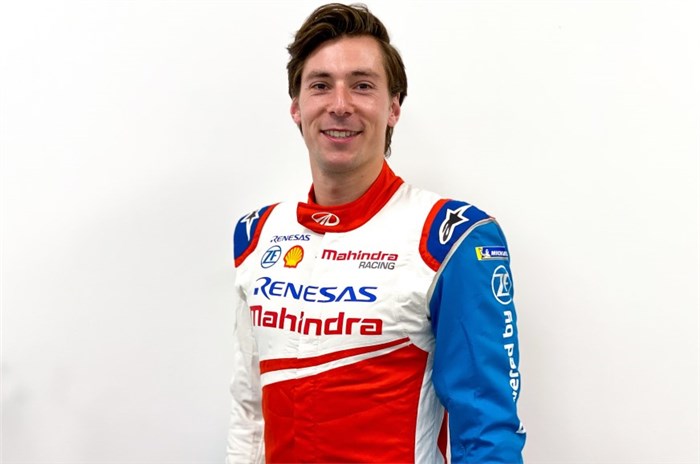 Mahindra Racing has confirmed that Alex Lynn will be replacing Pascal Wehrlein at the team for the remaining six rounds of the 2019/20 Formula E championship.

Formula E just recently announced that the remainder of its ongoing season has been condensed to six races, which will be held over nine days in August; all at Berlin’s Tempelhof Airport. Former Formula 1 driver Wehrlein was initially contracted with Mahindra Racing till the end of 2020/21 season. But his shock announcement that he would be quitting the team with immediate effect left Mahindra Racing with the last-minute scramble to find a suitable replacement.

However, the team has finally settled on 2014 GP3 champion Alex Lynn to partner Jerome D’ambrosio for the remainder of the season. In addition to his single-seater and sports car racing outings, Lynn already has a fair amount of experience in Formula E since he’s previously raced for the DS Virgin Racing and Jaguar Racing teams in the all-electric racing series.

Jaguar dropped Lynn in favour of GTE World Endurance driver James Calado for the 2019/20 season, leaving the British racer without a Formula E drive. However, he has since continued to work with the team as a test and reserve driver.

“I am really excited to be able to represent Mahindra Racing in Berlin. I have high ambitions in this championship that match what Mahindra Racing wants to achieve. I just can’t wait to get started. I’ve raced twice in Berlin before and always felt that I went well there, including appearing in Super Pole last season. The format of Berlin is going to be exciting and challenging at the same time and I’m looking forward to hitting the ground running,” said Lynn.

Mahindra Racing’s CEO and Team Principal Dilbagh Gill highlighted that despite this being a mid-season switch, Lynn’s prior experience in the series should help him catch up quickly. “He has achieved some fantastic highlights in his career already and we’re confident that together we can get results in the remainder of Season 6. It’s not easy to jump in mid-season, especially with the unique way we will be running the races in Berlin, but Alex has a hunger, talent and experience that we are sure will pay dividends fast,” Gill said.

Where is Mahindra in the 2019/20 Formula E championship?

Formula E managed to complete five races this season prior to its suspension as a result of the COVID-19 pandemic. Mahindra Racing entered this season as the oldest manufacturer in Formula E. However, its M6Electro racer has suffered a number of reliability issues after the team switched to a new gearbox supplier this season.

The Indian team is currently placed 10th out of 12 teams in the overall standings. However, with six races yet remaining and plenty of time to work on any weak links, it does have the opportunity to claw back some valuable points and climb up the order.