Daniel Abt won’t be racing for Audi in Formula E anymore; reveals the incident was planned “to create a funny story” but it backfired. 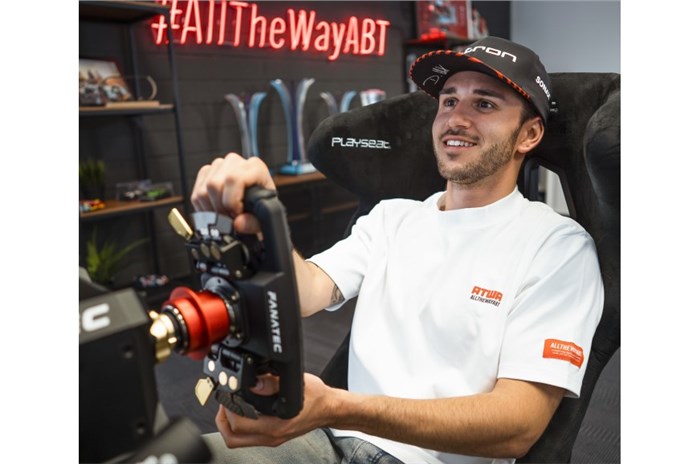 Daniel Abt has had to pay a heavy price for cheating in the recent Formula E ‘Race at Home Challenge’ virtual race, and has now been dropped by Audi as a result. Audi had initially released a statement saying it had decided to suspend Abt after it was found that he had professional eSports driver Lorenz Horzing race in his place. However, in a video statement uploaded to his YouTube channel, Abt has now confirmed that he won’t be racing for Audi again.

Abt explains reasoning behind the incident

He also went on to explain that the incident was planned to “create a funny story” and he had intended to reveal that it was Horzing racing in his place all along. “We had a conversation and the idea came up that it would be a funny move if a sim racer basically drove for me to show the other, real drivers what he is capable of,” explained Abt. “We wanted to document it and create a funny story for the fans with it.”

“It is also very important to me to say that it was never my intention to let another driver drive for me to get a result and keep quiet about it later on just to make me look better. These points, this result is irrelevant to me personally. It has no impact in any way. I’m not getting any money for it, the sim racer hasn’t received any money from me either. It was simply a common idea,” he added.

In addition to being disqualified from the virtual race, Abt was also ordered to donate 10,000 Euro (about Rs 8.29 lakh) to a charity of his choice. Meanwhile, Horzing – who drives for Audi in Formula E’s eSports Challenge series – has been banned competing in any future Challenge races.

Abt had been racing for Audi in Formula E since the very first season of the all-electric racing series. And while the incident may have taken place on the virtual stage, it has had some very real consequences for the German racer. “Today I was informed in a conversation with Audi that our ways will split from now on,” revealed Abt.

"We won't be racing together in Formula E anymore and the cooperation has ended. It's a pain which I have never felt in this way in my life. At the end, there is only to say: you make mistakes in life. I feel like I couldn't fall any deeper. I'm on the ground but I'll get up again."

Abt had been signed to Audi as part of his latest 1-year deal. The current Formula E season is on temporary suspension, but it looks like Audi GT3 drivers Kelvin van der Linde and Mattia Drudi – both of whom participated in the rookie test for Audi – will be competing for the now vacated seat at the team.

Do you think Audi made the right move firing Abt? Let us know in the comments below.