BMW follows in Audi’s footsteps, announcing it will leave Formula E at the end of Season 7. 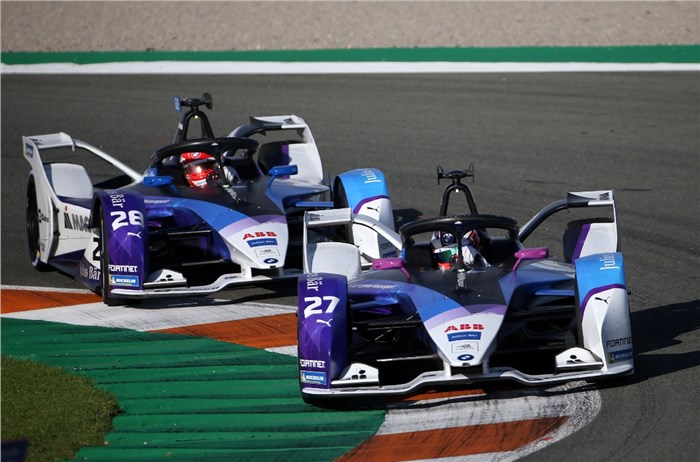 BMW will pull out of Formula E at the end of 2021 season after announcing that it has “essentially exhausted any opportunities for technology transfer” between its Formula E project and production cars. It’s the second manufacturer to announce its exit from the all-electric racing series, with Audi also confirming it will leave Formula E to focus on its Dakar Rally entry.

Why has BMW decided to leave Formula E?

Since entering Formula E as a works team in 2018, BMW has gone on to claim four race wins and nine podiums. In an official statement, the German manufacturer stated it has always used Formula E as a “tech lab for production” but it has reached the end of its limit of technological development in the series.

“The same engineers who develop the drivetrains for electric production vehicles are also responsible for the drivetrains in the race cars. Examples of the successful transfer of technology between the Formula E project and production development include new findings regarding energy management and energy efficiency, the transfer of software for power electronics from racing to production, and an improvement in the power density of the e-motors,” the statement read.

“When it comes to the development of e-drivetrains, BMW Group has essentially exhausted the opportunities for this form of technology transfer in the competitive environment of Formula E.”

Nevertheless, the manufacturer has stated that it will offer full factory backing to the BMW i Andretti Motorsport team for the upcoming 2021 Formula E season, which kicks off in January next year.

So far, Mahindra Racing is the only team to have committed to the Gen3 era of Formula E, confirming its spot on the 2022 grid.

BMW to focus on production of electric cars

The statement also added that the strategic focus of BMW Group is shifting within the field of e-mobility and in the future, greater emphasis will be placed on global production of EVs and the comprehensive scaling of offerings.

BMW Group plans to have one million electric vehicles on the roads by the end of 2021. The goal is to then increase this figure to seven million by 2030, of which two-thirds will be fully electric.