Audi has unveiled its e-tron FE07 Formula E racer for Season 7 and it believes its new powertrain will yield the results it is chasing. 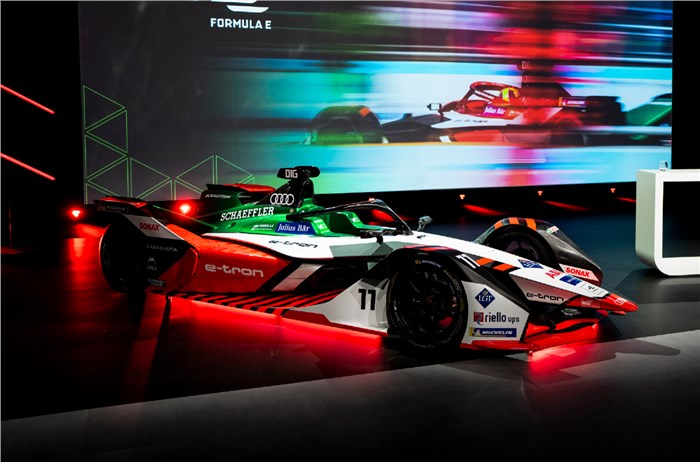 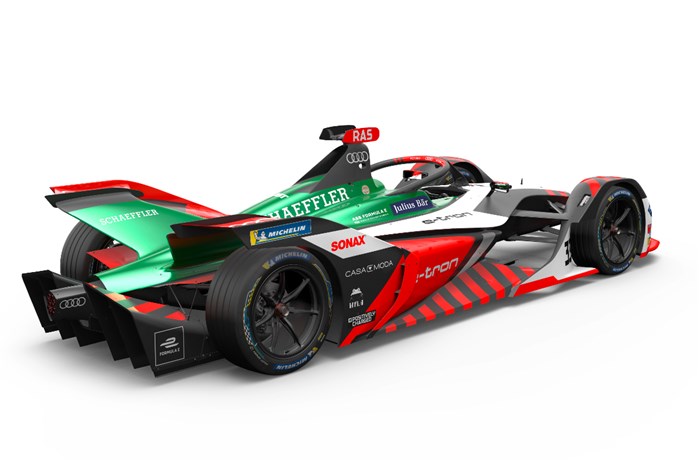 The Audi e-tron FE07 all-electric racer has been revealed ahead of the 2021 Formula E season, which gets underway in January. At the heart of Audi’s new Formula E challenger is an all-new powertrain, which the German manufacturer believes will yield the performance improvement it is chasing.

Audi has been part of Formula E since its nascency, becoming a full works operation in 2017. In the past, the team has jointly developed its powertrains along with technology partner, Schaeffler. But the Audi MGU05 is the first powertrain developed entirely in-house.

With the impact of COVID-19 putting a strain on the manufacturers’ finances, Formula E introduced a number of cost saving measures. One of these is to allow manufacturers to only alter powertrain components once over the next two seasons. Essentially, teams can either introduce a new powertrain for Season 7 and run it for two years, or continue with their current systems next season before homologating a new set-up later.

Audi completed the last season in 6th place overall, and even on their best days, their powertrain wasn’t as efficient compared to those of its rivals. With that in mind, they’ve decided to start the 2021 Formula E season with an all-new powertrain,

Speaking with Autocar India, Audi’s Formula E Team Principal, Allan McNish, explained the reasoning behind this decision, “We were actually developing this powertrain – the MGU05 – internally for quite a long time. So, we were actually quite far ahead and we felt the best thing for us was to push that development as quickly as possible and bring it to the track because it was a performance advantage that we felt we could exploit at the races.”

"So principally, because of the work that we had already done, because we were able to - with the support of our partners and supply chain - physically get the product ready for the race, and ultimately because we feel it is a faster combination was why we pushed so hard to make sure that we have already homologated our MGU05, the FE07 complete car and it will be racing at the first race at Santiago.”

Audi claims the MGU05 is more than 95 percent efficient. Several Formula E races have seen drivers lose energy mere metres before the finish line, so efficiency is a key factor of success. “That is why we are leaving no stone unturned to reduce the energy loss within the system to an absolute minimum,” says Tristan Summerscale, Formula E Project Leader at Audi Sport.

“We have achieved an overall, efficiency of more than 95 percent for our powertrain. The new MGU inverter unit has an efficiency of even more than 97 percent in all relevant driving conditions,” he adds.

But what makes the MGU05 particularly impressive is the combination of high performance with its compact size. The inverter unit itself weighs less than 35Kg, largely due the usage of lightweight materials and intelligent integration inside the vehicle. Summerscale explains that “If you compare our MGU with an internal combustion engine delivering a comparable power output of 250 kW, our efficiency is not only twice as high, but our weight of less than 35Kg is also much lighter.” 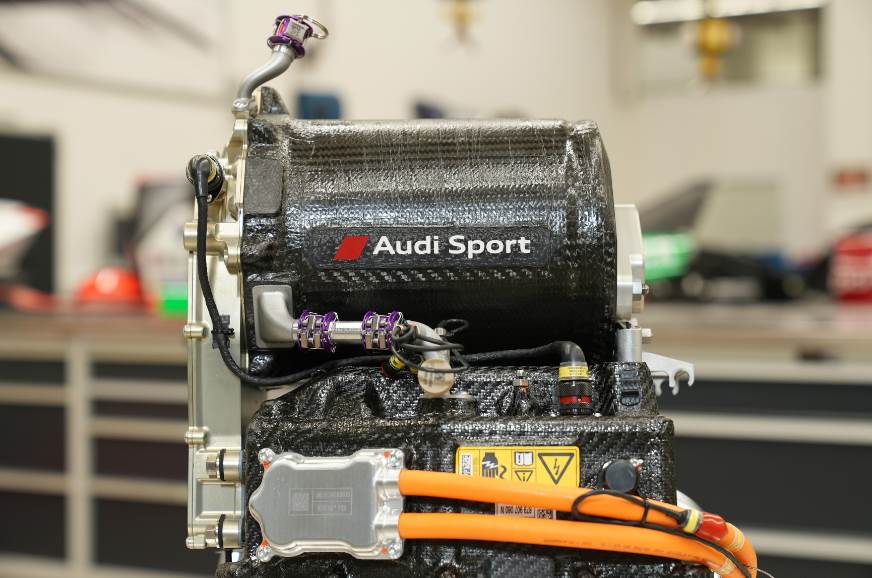 Transfer of technology into passenger vehicles

During a media session, McNish explains that much of this weight saving comes from Audi’s ‘ultra lightweight technology’, something which is already integrated into the manufacturer’s passenger vehicles.

He believes the next big technology transfer from Formula E to road cars will be in terms of software. “I do believe that’s going to be a major factor for us in racing, but it’s also definitely a major factor on the road car development going forward,” he says.

“We’ve got limited space to go there [with hardware], but with the software I think we can exploit that a lot and it’s an area where we’re focusing a lot of our time.”

Audi will retain its driver line-up of Lucas di Grassi and René Rast. Last season, Rast was brought in to replace Daniel Abt, who was dropped by Audi following his virtual racing cheating scandal. The former DTM driver impressed during his brief Formula E stint last season, even scoring a podium finish in the penultimate race in Berlin.

The Audi e-tron FE07 will make its public debut at the official Formula E pre-season test at Valencia on November 28. The upcoming season, which will be Formula E’s first as an official World Championship, will kick off with a double-header in Santiago, Chile, on January 16 and 17, 2021.