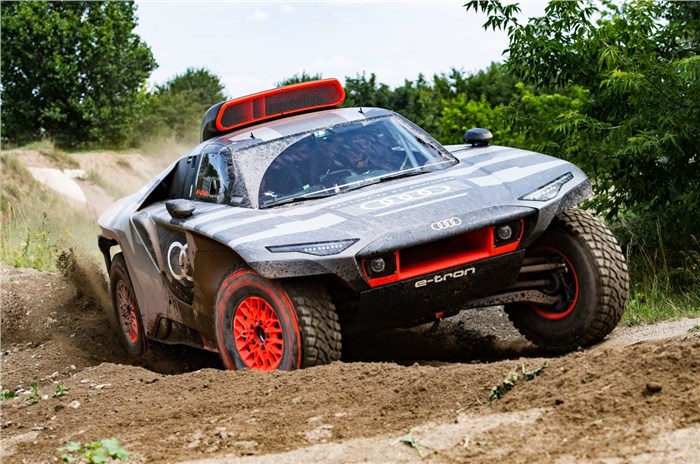 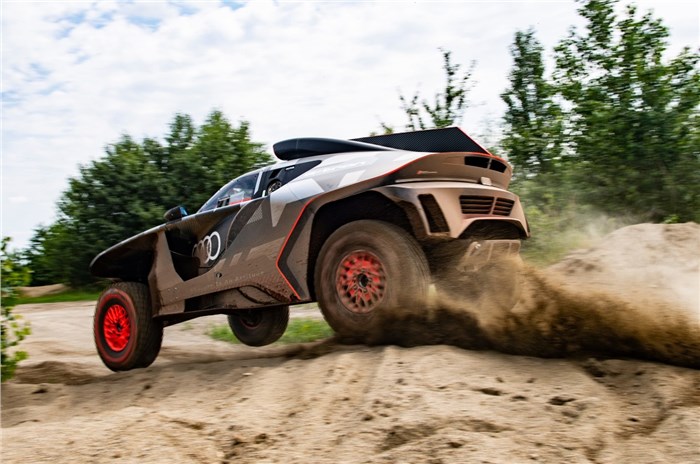 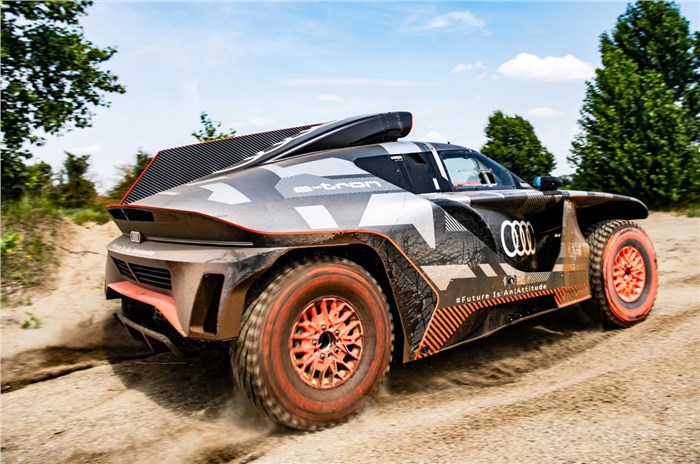 Audi has taken the wraps off the RS Q e-tron, with which it will make its Dakar Rally debut next year. The 2022 Dakar Rally will see Audi become the first-ever car manufacturer to compete in the famous event with an electrified car.

With testing underway, Audi has confirmed new details of the aggressively styled electrified off-roader, which will face what project manager Andreas Roos called "the ultimate challenge for an electric drivetrain".

With up to 805km to cover every day for two weeks, the RS Q e-tron needs to have an onboard charging solution, for which Audi has chosen the 2.0-litre turbocharged petrol engine used in its now-retired RS5 DTM racer. This is unconnected to the wheels and serves as a generator for a 50kWh, 370kg battery pack, developed with an unnamed technical partner.

The petrol engine will spin at “particularly efficient” speeds of between 4,500-6,000rpm, and is claimed to emit less than 200g/km of CO2 for every kWh of charge gained by the battery. The racer also features regenerative braking functionality, further boosting EV range when on the move.

An electric motor taken from Audi’s Formula E car features on each axle, while a third unit serves as an energy converter between the battery and combustion engine. The two axles are not mechanically linked, but torque distribution software plays the same role as a conventional centre differential, helping to save weight and space.

Total output is pegged at 680hp (500kW), but it remains to be seen whether Dakar officials will impose a power limit for the 2022 race.

Stefan Dreyer, development boss for motorsport projects at Audi Sport, promised that learnings from the Dakar project will "flow into future production models", and confirmed that Audi's passenger car development team is involved with the RS Q E-tron.

Earlier this year, Audi announced rally legends Stephane Peterhansel and Carlos Sainz, along with two-time DTM champion Mattias Ekstrom as part of the driver line-up for its Dakar debut.

The prototype of the RS Q e-tron had its first roll-out in Neuburg in the beginning of July. Audi says “an intensive test program and the first test entries at cross-country rallies are on the agenda from now until the end of the year.”