In his first sit-down interview since his near-fatal crash at the 2021 Dakar Rally, CS Santosh sheds some light on how his recovery is coming along. 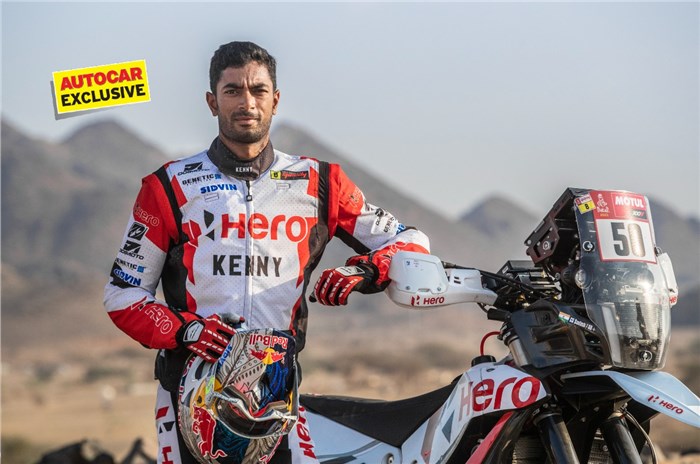 The myth of the Phoenix has fascinated humankind for aeons, and over time has become a steadfast symbol of transformation. It’s a parallel that’s markedly fitting for CS Santosh. Six months since his near-fatal crash at the 2021 Dakar Rally, the 37-year-old is rising from the ashes, with renewed determination to get back to doing what he loves the most – rallying.

To truly understand this story, we’re going to have to rewind to January 6, 2021. On what was his seventh attempt at the fabled Dakar Rally, Santosh suffered a heavy crash on a gravel track in Stage 4. Husqvarna’s Paul Spierings was the first to arrive at the scene and revealed that he found Santosh unconscious and had to resuscitate him. After being attended to by the on-ground medical team, he was flown down to the German Hospital in Riyadh.

Hero MotoSports later confirmed that he had suffered some brain trauma, along with a dislocated right shoulder, and had been placed in a medically induced coma to reduce his body functions to a minimum. He’d remain in a coma for nearly 10 days and was brought out of sedation after being transferred from Saudi Arabia to his hometown of Bengaluru.

The ordeal shook the motorsport community. It was a painful reminder that even though racers are capable of some superhuman feats, they are, at the end of the day, made of flesh and bone, just like us.

But Santosh has no recollection of the crash. The human brain may just be the most complex structure in the universe, so you can imagine how a head injury could wreak havoc. “I don’t remember the crash, I don’t remember close to a year, I think,” reveals Santosh.

“It’s incredible, the things that I had to go through,” says Santosh, reflecting on his recovery journey over the past few months. Along with the memory loss, he’s also been battling some vision issues due to the injury and has had to re-learn how to run, among other things.

And then there’s the mental toll of it all – “Honestly, before this I could not smile and talk about the Dakar at all,” Santosh admits, later adding that “everything about me changed after I had the crash.”

The road to recovery is never an easy one, but sheer willpower is half the battle won. Santosh has been undergoing a gruelling physical therapy routine to regain his strength, with five hours of physio every single morning.

As for his vision, he’s been consulting with the same doctor who helped Marc Marquez recover, following his 2011 crash that left him with double vision. With all the work he’s putting in, the rally ace says he’s finally starting to feel like himself now and he’s already hoping to jump back on a bike by August.

“Many things about me have been erased in my mind. So whatever it is, I’m trying to get that back now. It’s all slowly working – looking at pictures, talking to people who have raced motorcycles for my team, talking to my team, seeing all those guys brings back some memories to me,” he says. 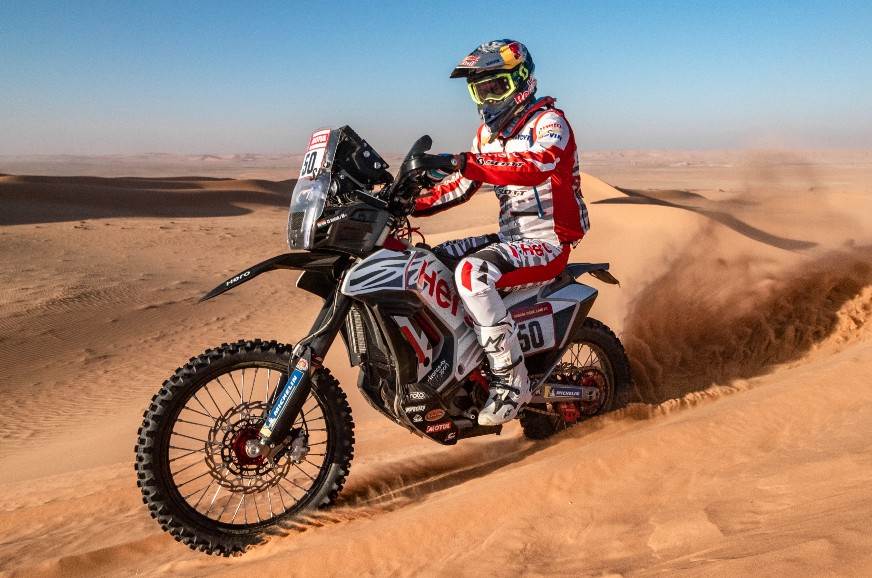 Zeroing in on Dakar

When asked about his upcoming goals, Santosh had an instantaneous response: “Definitely next Dakar! I need to be back at the next Dakar, I’m hoping to make this possible.”

“Actually, the first goal is to be normal, which I’m achieving now and then the next goal is to come back in terms of my sport because that gave me my identity. I am who I am because of what I do, so I want to go back to doing what I do.”

At the time of this interview, Santosh was in Italy and had attended the Dakar 2022 presentation there. Next year’s event will venture into the world’s largest uninterrupted sand desert and the route will heavily feature sand and dunes. “The stage that I crashed in has been removed,” Santosh points out, adding, “and they’re looping the Dakar in a completely different way. So it should be very interesting to see what happens next year.”

With the Road to Dakar 2022 programme well underway, he’s also been keenly following all the rallies – “I never watched any of the rallies before, but now I watch them on Instagram, on YouTube. I follow them like a big fan!”

As the first Indian to compete at Dakar – a rally almost larger than life – CS Santosh cemented his place in the motorsport community, inspiring a whole generation of upcoming rally racers in India. The news of his crash brought with it an incredible wave of support from the community in India and even abroad.

Santosh reveals that with no memory of the crash, he initially had no idea why this support was pouring in, but he interjects that it hasn’t gone unnoticed. “I just want to thank everybody. It’s not that I ignored [them], but my condition was such that I couldn’t respond to everybody. But everybody has been so helpful, they’re trying to give me strength,” he says.

He also singles out his team Hero MotoSports, with whom he just signed a new contract: “I’m really thankful that there’s a team like Hero [MotoSports] that doesn’t just support me when I’m on top, but they also consider you when you’re at you’re lowest. So it’s really great that they’re doing that.”

For all that he’s gone through, CS Santosh’s resolve is firmer than ever and that’s something that echoes in his closing remark – “I can’t wait to have a conversation with you about me doing a race!”

Hero MotoSports on the podium at 2021 Silk Way Rally