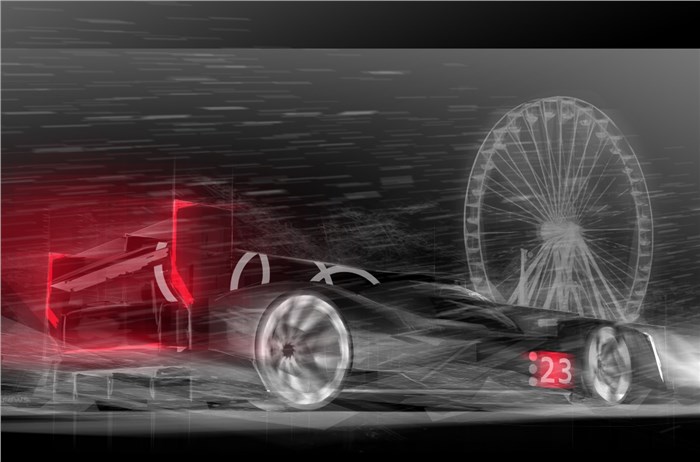 Audi has provided an update on the racer for its 2023 Le Mans return, along with confirming that it is collaborating with Porsche for the project.

Audi has hinted that its upcoming 2023 Le Mans racer will be closely related to the new hypercar being developed for the event by sibling company Porsche. The Ingolstadt-based firm has also confirmed that it has “largely completed” concept work for the electrified race car, which will mark its return to the World Endurance Championship (WEC).

Audi has taken 13 victories in the famous 24 Hours of Le Mans, most recently with the R18 in 2014. It quit endurance racing at the end of the 2016 season, but has since confirmed it will return to the category in 2023.

The company will join fellow Volkswagen Group firm Porsche in entering under the new LMDh regulations, which give companies the freedom to develop their own powertrains but require them to use a spec hybrid system and one of four control chassis, along with other cost-saving measures.

Notably, Audi Sport boss Julius Seebach said the project is being developed in cooperation with Porsche, suggesting the two race cars will be closely linked. He said: “A great strength of the Volkswagen Group is the collaboration of the brands in the development of road cars. We are now transferring this proven model to motorsport.”

Seebach added that Audi’s new sports prototype has been developed on the same platform shared with Porsche.

Audi and Porsche are the two most successful firms in the history of the race. While Audi has 13 wins, Porsche has won the event 19 times, with its most recent win coming in 2017.

Audi has chosen a chassis partner for the project and says it has also settled on an “engine concept”, although it has given no details of the powertrain itself. The LMDh rules feature strict aerodynamic limits, but Audi Sport is working with the firm’s road car designers on the styling of the new machine. The goal is for the first prototype to be on its wheels early next year and complete its first roll-out in the first quarter.

Audi Sport factory boss Andreas Roos said the company will offer its new Le Mans challenger to customer teams “right from the start, in parallel to factory entries”. Cars built to the LMDh rules will also be eligible for the US-based IMSA sports car championship, and Audi said it has already received interest from potential customers.

Roos added that the decision to sell the car to customers alongside the works team continues a philosophy adopted with the R8, its first Le Mans winner. Two of that car’s five Le Mans victories were scored by privateer teams.

Audi is also developing a hydrogen-powered off-roader that it will enter in next year’s Dakar Rally and Roos said the company is working on both projects in parallel.