Volkswagen will start testing the ID.4 electric crossover in India with a couple of imported units from August-September this year. 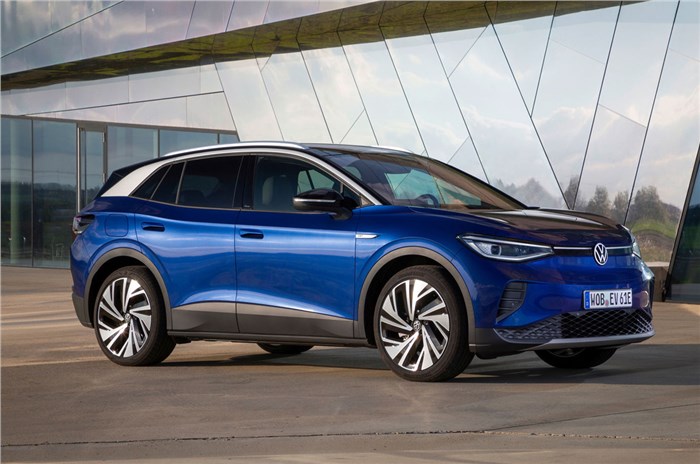 With the launch of the Volkswagen Virtus, the brand’s India 2.0 project is now complete and the German marque is now already busy working out its next moves. As things stand, electrification seems to be its next step.

Speaking to Autocar India, Ashish Gupta, brand director, Volkswagen India, said, “This year, in August or September, you’ll start seeing the ID4 on Indian roads, which we will be bringing in for testing purposes.”

Back in 2020, we broke the news that Volkswagen would bring the ID4 electric crossover to India. With testing beginning only this August, expect a launch sometime next year.

Sister brand Skoda, too, has begun testing its Enyaq EV in India and, like the Czech carmaker, Volkswagen will also bring in the ID4 as a CBU only. This strategy has worked well for Volkswagen India in the past. Models such as the Tiguan AllSpace and the T-Roc were brought in as CBU imports in limited numbers, and were also sold out pretty quickly. In fact, Kia India has adopted a similar EV strategy, importing the EV6 flagship in limited numbers first, with more affordable, locally assembled models in the pipeline.

However, Gupta acknowledges that mass-production of EVs can only happen in the second half of the decade. He said, “The supply chain is just not there in India. Even if you start today, for anybody to set up that localised supplier base, it’s a three- to four-year project. That, of course, is the end goal, but to reach that end, there are a few steps.”

Volkswagen will thus be using the ID4 as a testbed, not just for the product itself, but also to evaluate the electric ecosystem and its own internal and external operations to make a viable business case for EVs. Only then can the brand eventually move to local assembly and then full localisation.

What else is on Volkswagen’s radar for India?

With the India 2.0 project now complete, Volkswagen has to figure out its next couple of moves; and, as with all other manufacturers, the big question is whether to invest in electrification or additional models on the ICE platform.

In the meantime, though, the brand is actively mulling additional limited volume imports. Gupta said, “On the performance side, there’s the Golf GTI, the Polo GTI, and there are customers who are fans of these models. I would definitely like to explore these models to give our customers the opportunity to have them. Even on the SUV side, maybe the Touareg can be brought here in limited volumes. These are the things I am looking at to keep the customers engaged with our brand.”

While they may still be some time away, Volkswagen is clearly looking to diversify its India portfolio with models from its global range, even if in limited numbers via CBU imports.