The concept will be displayed alongside the Tiguan Allspace and T-Roc models. 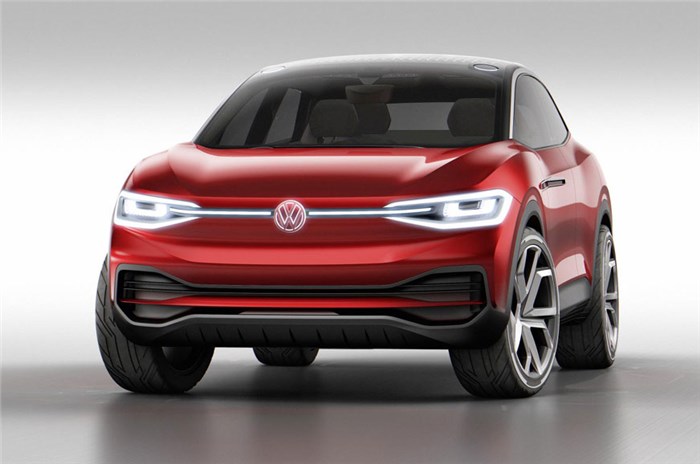 Volkswagen will mark its return to the Auto Expo by showcasing the I.D. Crozz electric SUV concept as part of its line-up. The concept SUV was first shown at the 2017 Shanghai motor show, before a tweaked version was displayed at the 2017 Frankfurt motor show.

Under its India 2.0 plan, the carmaker is planning to introduce a host of new products like the Tiguan AllSpace, the T-Roc SUV and a compact SUV based on the India-specific MQB A0 IN platform, all of which are expected to feature alongside the I.D. Crozz at Auto Expo 2020. The electric SUV will serve as a statement of intent or a halo product by Volkswagen for future EVs that will, in due course, arrive in India.

The I.D. Crozz will be based on VW's MEB platform for electric vehicles. The crossover features two conventional front-hinged doors in the front and a pair of cantilever style doors at the rear. VW claims it offers interior space on par with the Tiguan Allspace, together with a claimed 515 litres of boot space. The crossover concept measures 4,625mm long, 1,891mm wide and 1,609mm high, with a 2,773mm wheelbase.

The I.D. Crozz eSUV was touted to enter production overseas in 2020, as part of the carmaker’s plan to introduce 23 fully-electric vehicles in their line-up by 2025 and target 1,00,000 unit sales a year.