Last example of Volkswagen’s iconic hatchback – the Final Edition Beetle – will be on display at VW's museum in Mexico. 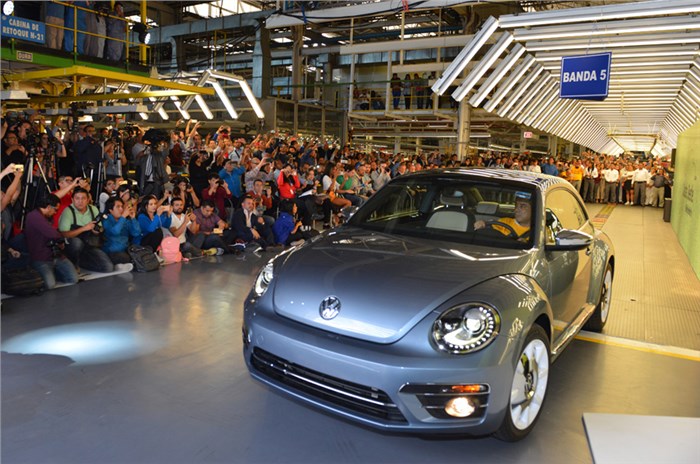 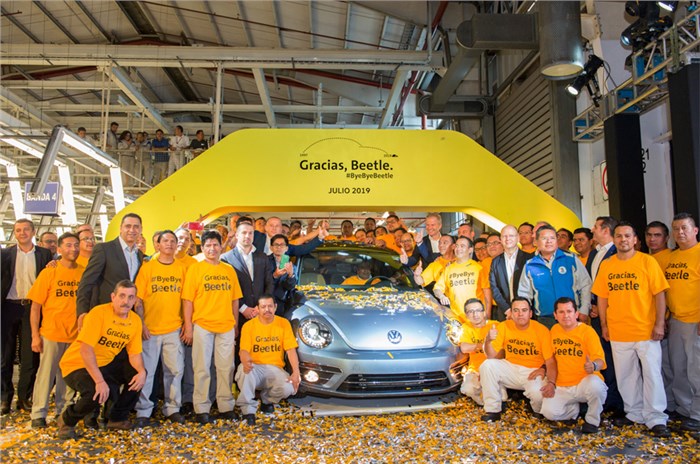 It is truly the end of an era – the last Volkswagen Beetle has rolled off the company's assembly line in Mexico, having been in production since 1938. Over the 81 years, more than 20 million units of the Beetle were produced at various Volkswagen factories around the world. The final unit of the Beetle, a special- edition model named the Beetle Final Edition, sports a denim blue exterior paint finish. This model, however, won’t be sold, but will be on display at Volkswagen’s museum in the city of Puebla, Mexico.

Considering that the iconic model has been on sale for 81 years, the Volkswagen Beetle has only completed three generations – the first-gen Beetle was sold from 1938 until 2003 (in some form or the other); the second-gen model (better known as the New Beetle) was rolled out in 1998, and then came the third-gen Beetle in 2012, which was on sale in India from 2015 to 2018.

The first-generation VW Beetle had crossed the 21.5 million unit sales mark by the time it was discontinued, while 1.2 million units of the second-gen model were sold between 1998 and 2010. Volkswagen says it produced over 5,00,000 units of the third-generation Beetle since its introduction in 2012.

While this marks the end for the Volkswagen Beetle with an internal combustion engine, there are plans afoot at the VW Group headquarters to revive the Beetle with an all-electric powertrain. In 2018, VW boss Herbert Diess said he was keen to introduce a greater number of “emotional” cars in the Volkswagen range that will co-exist with other models. This future line-up is said to include the ID Buzz Microbus, which is inspired by the iconic VW Microbus and is expected to be revealed in production form in 2022, followed by the Beetle EV.

The Beatles ashram with the Beetles video feature