Five-seat Atlas gets styling changes over standard SUV; powered by a choice of petrol engines 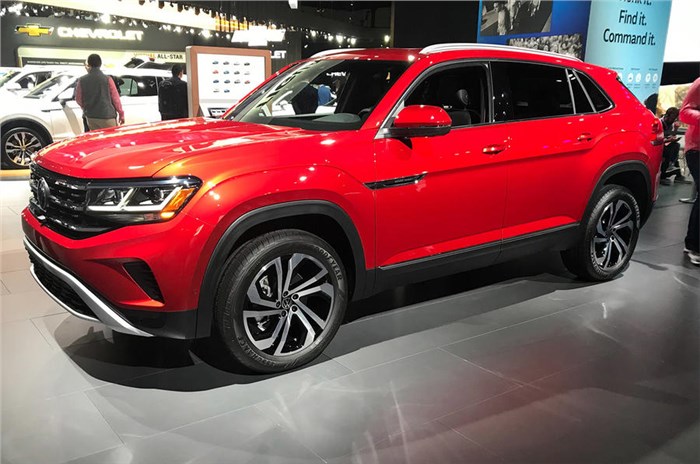 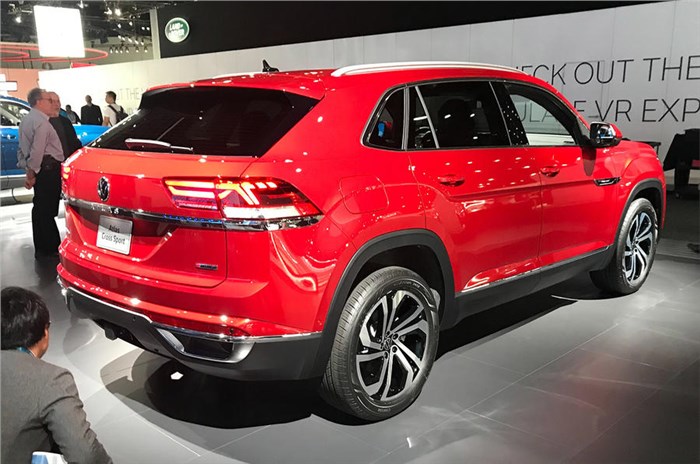 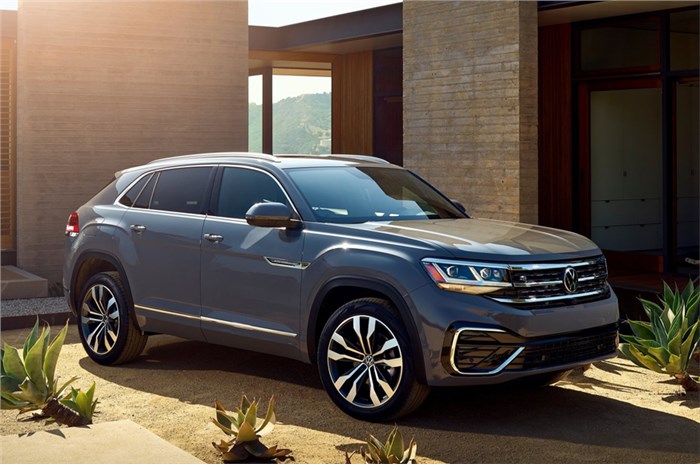 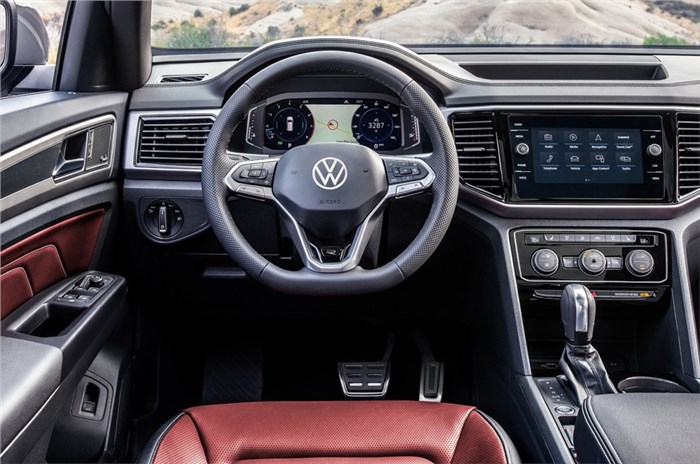 Volkswagen had unveiled the production version of the sleek Atlas Cross Sport SUV at the 2019 Los Angeles auto show. A 5-seat version of the popular Atlas 7-seater, the SUV will go on sale in North America next year.

The Atlas Cross Sport is a reworked version of the existing model and is based on the MQB platform as its 7-seat sibling. It has an identical 2,979mm wheelbase, but is 71mm shorter due to the smaller overhangs and is 58mm lower owing to the sloped, couplé-style roofline.

However, the Cross Sport is still a sizeable SUV with the standard Atlas being larger the company’s flagship Touareg SUV in length, width and height.

The Atlas Cross Sport also gains new styling intended to be “more emotional” than the practicality-focused Atlas, and Volkswagen says it “points the way for the future look” for its SUVs in America.

The front grille design is more in line with the firm's European models, along with sleeker headlamps, new bumpers, as well as a new raked tailgate and revised taillamps. The SUV sits on 21-inch wheels.

While the model only seats five, it retains the adjustable second row of seats that can be slid to expand the boot. VW claims rear legroom exceeds that of some 7-seat SUVs. The interiors also feature a revamped look.

The Atlas Cross Sport will be available with either a 276hp petrol V6 or a 235hp four-cylinder turbocharged TSI powertrain, both getting an 8-speed automatic gearbox and all-wheel-drive.

Following the Dieselgate scandal, the Atlas has been crucial to Volkswagen’s revival in the US, with the car designed and developed purely for the North American market, where the company adopts a slightly more mass-market value positioning than in Europe.

While the Atlas Cross Sport will only be sold in North America, it is closely related to the Teramont X SUV built and sold by the firm in China.

For India, VW plans to bring in a number of SUVs from its European line-up in the near future. Also in the pipeline is an India-specific iteration of its T-Cross SUV based on the MQB A0 IN – the India-specific iteration of the MQB A0 platform –and the import of its larger SUVs such as the T-Roc that was recently spotted testing in India, the seven-seat Tiguan AllSpace, and its flagship Touareg SUV.