Though pre-owned car sales are currently 1.5 times more than new car sales, the gap is set to increase in the coming years, as per a study commissioned by VW India. 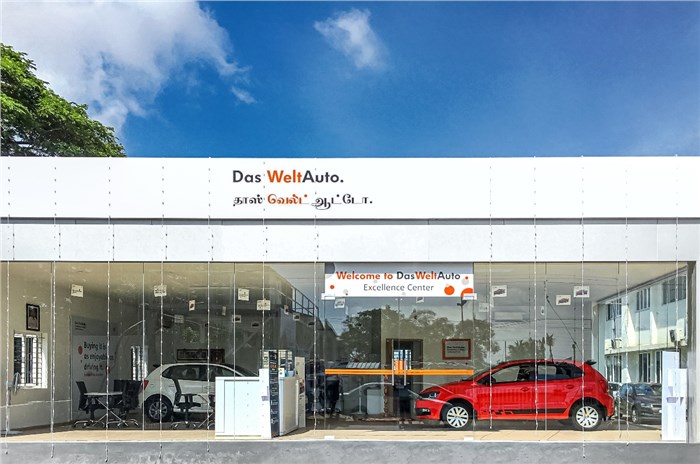 After shrinking considerably since FY2019, the Indian passenger vehicle (PV) market is expected to get back on the path to recovery in the coming years. According to a study carried out by research firm Frost & Sullivan, and commissioned by Volkswagen India, the growth will primarily be driven by used car sales which are projected to outnumber new car volumes by over 2:1 by FY2025.

Used car sales will grow at a faster pace

In FY2021, the pre-owned sector in India stood at 3.8 million units, making it 1.5 times bigger than the 2.6 million unit new car market. While sales in both segments are set to rise in the next few years, the gap is expected to widen, with the research report projecting 8.2 million used car sales in FY2025, compared to 3.9 million new vehicle purchases in the same year.

Commenting on the trend, Kaushik Madhavan, Vice President, Mobility (Automotive & Transportation) Practice, Frost & Sullivan, said that the stronger demand for second-hand cars will “primarily be driven by a multitude of factors like Tier II and III cities contributing in a big way, (more) financing options becoming available, (greater) need for mobility, as well as the desire to own a car, which is one of the biggest drivers out there.”

As per the study, smaller towns will fuel the demand for second-hand cars, with the share of non-metro cities in used car sales expected to rise from the current 55 percent to almost 70 percent, four years into the future.

Who are the used car buyers?

Compiled by surveying and analysing the responses of current and prospective used car owners across 12 cities in Tier I and II regions, the study shows that 64 percent of pre-owned vehicle customers are first time car buyers. “People like to experience vehicle ownership through a used car first, before maybe graduating to a new car,” explained Madhavan. As expected, affordability is the main factor influencing purchase decisions.

Almost half of all the respondents didn’t even consider buying a new car because of budgetary constraints and the perception that used cars offer a better value.

Pre-owned vehicles priced below Rs 5 lakh contribute to 70 percent of the used car sales, with just 10 percent of the customers choosing a model that costs over Rs 10 lakh. “The Rs 1-2 lakh price range is responsible for 16-17 percent of the sales, the Rs 2-3 lakh bracket is close to 20 percent and the Rs 3-4 lakh segment again makes up for 16-17 percent sales. These three price brackets are the most popular, because there are very few OEMs which have new vehicles in this range, apart from Maruti Suzuki or Datsun. So this is an area where customers (in the used car market) can get access to better vehicles from a higher segment,” said Madhavan.

The used car market is often thought of as an unstructured space, and it primarily is, for now, with organised dealers accounting for just 25 percent of the sales. However, their market share is estimated to rise to a significant 45 percent by FY2025 due to more concerted efforts by bigger players and an increasing willingness of customers to pay a markup for more reliable cars. Value added services, like warranty and service support, offered by dealerships are also becoming a major draw.

In the organised sector, Maruti Suzuki True Value and Mahindra First Choice lead the way, with 1,252 outlets and over 1,700 touchpoints across the country, respectively. Volkswagen too is present in the space with its Das WeltAuto (DWA) network that handles the purchase and sale of all brands of pre-owned passenger vehicles.

In response to a question posed by our sister publication Autocar Professional on its retail channel, Volkswagen Passenger Cars India’s Brand Director, Ashish Gupta, said, “Currently, we are operating 140 new sales touchpoints and 105 DWA outlets.” The company has a hybrid model where most of its new car dealerships also take on the role of retailing pre-owned vehicles. “I want to go up to 150 new sales touchpoints by the end of this year,” he added.

Gupta further mentioned that the pre-owned channel has higher dealer margins than even the new car segment. As such, it is vital for the VW India network which saw sales of just 20,440 new cars in FY2021. VW dealers, however, are set to get another shot in the arm with the arrival of the Volkswagen Taigun and the updated Tiguan in the coming months. This will be followed by a Honda City fighter which will replace the ageing VW Vento in our market.

Of the major automotive markets across the globe, the US and UK had a ratio of used car to new car sales of 2.8:1 and 4.1:1, respectively, in 2020. “In India, the vehicle park is limited, and it is a growing market, which is why the ratio was about 1.5:1 last year,” explained Madhavan.

Interestingly China, however, posted a significantly lower ratio of 0.6 in 2020. The Frost & Sullivan study attributes this to “a low level of trust and a lack of established system for supply, evaluation and pricing for used cars” in the Chinese market.

Skoda used car business to be launched in India