Some of the big launches of 2022 will be the Citroen C3 along with the Maruti Suzuki Celerio and Baleno facelift. Here’s a list of all the hatchbacks set to launch in the upcoming year. 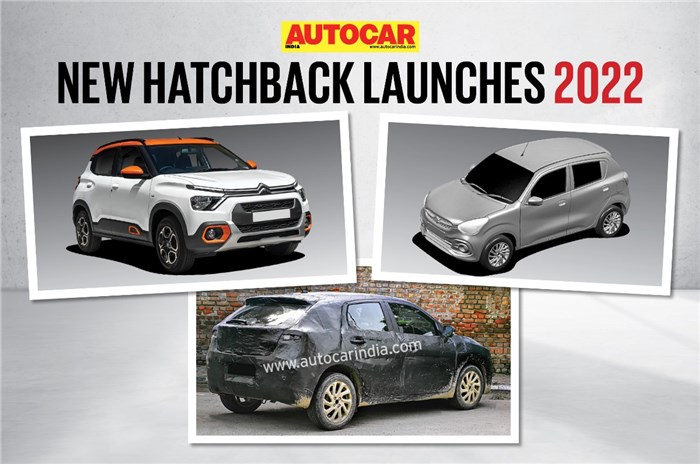 For most buyers, a hatchback is a go to purchase, not just for its relatively affordable price tag, but also its compact form factor that makes it great for urban use. Here are all the new hatchbacks – including the Citroen C3 and Maruti Baleno facelift – that are headed to a showroom near you next year. 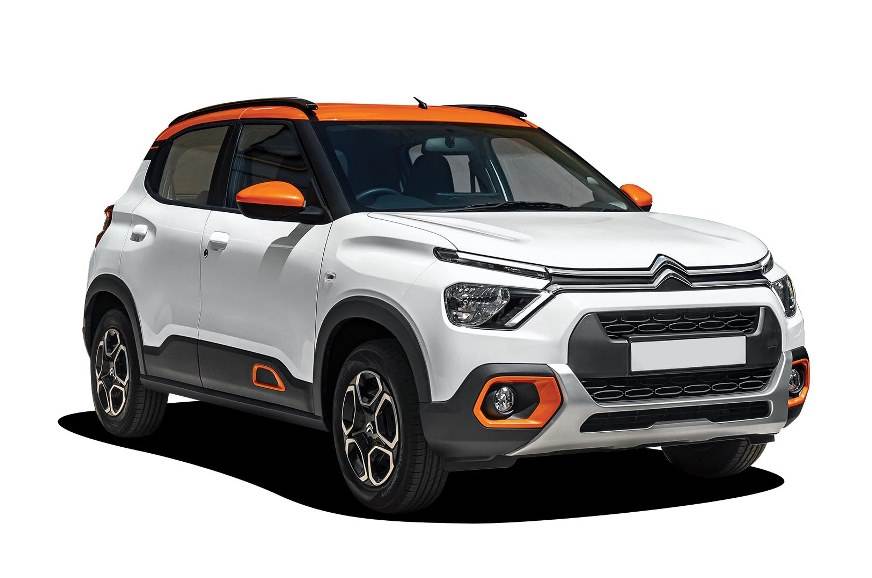 Citroen has unveiled the all-new C3 and it will go on sale in India in the first-half of 2022. The C3 cross-hatch sits on a modular platform that will also spawn additional models in the future, including a compact SUV from Citroën and even one from Jeep.

Being a cross-hatch, the C3 offers high ground clearance and an elevated driving position. Though in typical Citroen fashion, it also has a quirky design with split-LED headlamps with DRLs, double-slat grille, black cladding all around, an upright tailgate and coloured accents on the front bumper and side cladding.

The interiors, too, have a unique look: the coloured panel with a dimpled effect running the width of the dashboard and complex-looking air-con vents. There is also a 10-inch touchscreen infotainment system that will feature Android Auto and Apple CarPlay. The colour of the dashboard panel and seat fabrics can also be customised.

It is expected to be powered by a 1.2-litre turbo-petrol engine mated to either a 5-speed manual or a DCT gearbox. There will not be a diesel version for the C3. 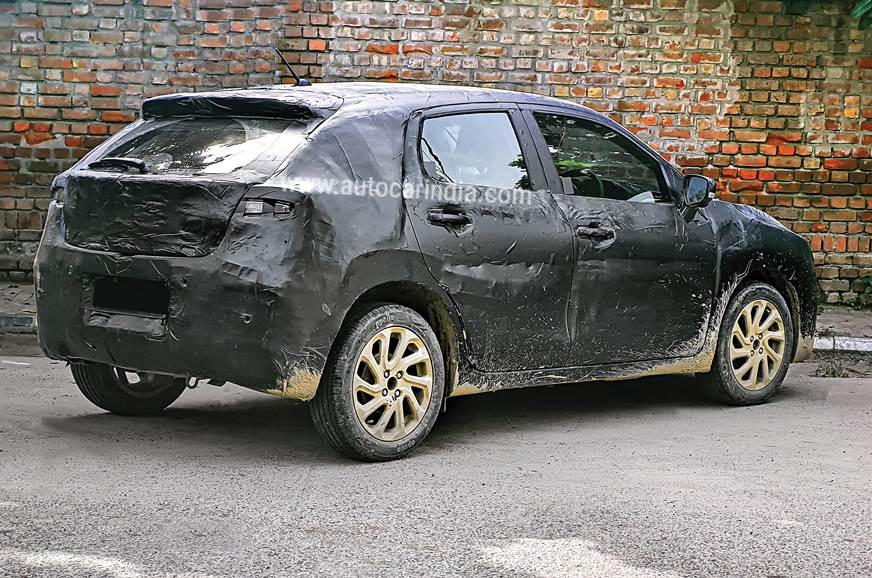 Come early 2022, the extremely popular Baleno premium hatchback will receive a comprehensive makeover. The new model has already been spied a few times, and from the pictures, we can tell the new Baleno will feature a completely reworked front end and tweaks to the sheet metal for a refreshed overall styling. These updates will be much more extensive than the mild facelift the Baleno received in 2019.

The updates won’t just be limited to the exterior, as the cabin too will get a completely redesigned dashboard with a larger infotainment screen, new switchgear, new steering wheel, and plenty more features than the current model. The infotainment system is also expected to feature wireless Apple CarPlay and Android Auto.

There are, however, no major mechanical updates expected. That means it will continue with the 1.2-litre petrol engine that is offered in two states of tune – 83hp in standard form and 90hp with the 12V mild-hybrid technology. 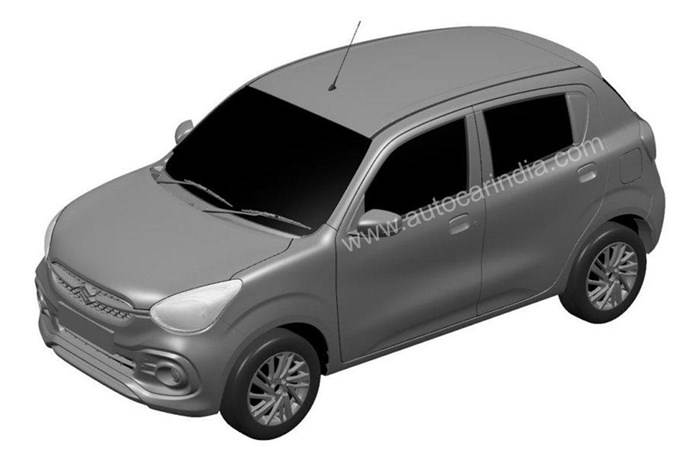 The next-gen Celerio has been long coming, with the COVID-19 pandemic delaying its launch several times. From leaked patent design images of the new Celerio, we know that the exterior design is a complete departure from the outgoing version’s squarish looks. The new car gets a rounded design that is devoid of any angular elements.

The interior, too, will be significantly revamped – a new dashboard layout equipped with a high-set touchscreen infotainment system positioned front and centre, flanked by air-con vents. There will also be more features on offer than the outgoing car.

The new Celerio will share a lot mechanically with the latest-gen Wagon R. The big change is that it will come with a fresh K10C engine with dualjet technology, similar to the K12N engine on the Baleno. Insiders tell us that the Celerio could be one of the most fuel-efficient cars in its class, thanks to the new engine. Gearbox options will include a 5-speed manual as standard and a 5-speed AMT offered as an option. 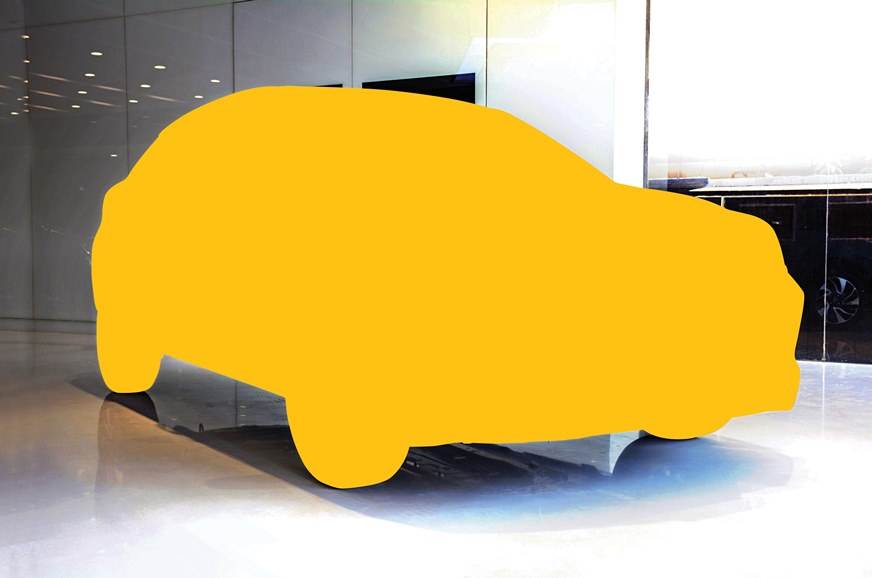 A badge-engineered model to the Maruti Baleno, the Glanza is expected to follow with a facelift after the updated Baleno is introduced by early 2022. This means the Glanza will most likely receive the same interior and exterior cosmetic upgrades as well as the revised features list that the upcoming Baleno facelift will bring. Considering all this, the facelift for the Glanza will also be a big one, and this time around, Toyota will have the opportunity to differentiate the Glanza from the Baleno a bit more. Mechanically, the Glanza will continue to share its 1.2-litre petrol engine options with the Maruti Baleno.

Expect the updated Glanza to come with hybrid technology and better features than its predecessor that will make the car a more attractive proposition than it already is.