Find out which is the Toyota Urban Cruiser variant we recommend. 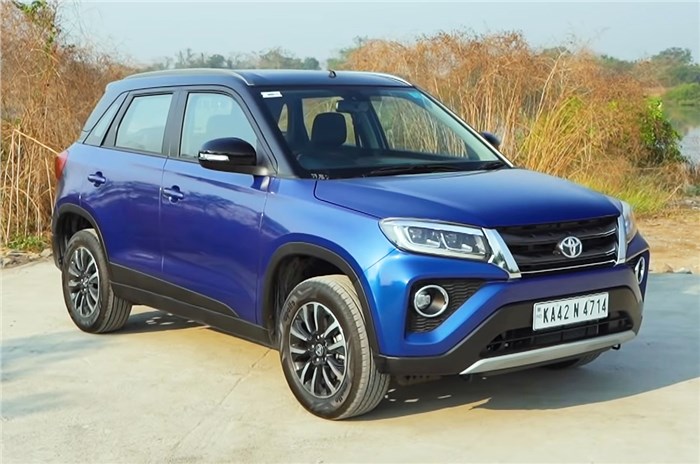 Toyota has leveraged its global partnership with Suzuki to enter the highly competitive compact SUV segment with the Vitara Brezza-based Urban Cruiser. While this is a mere badge engineering exercise, Toyota has worked on the Urban Cruiser’s styling to set it apart from the Maruti, which has resulted in the SUV striking some resemblance with the Toyota Fortuner. With just one 1.5-litre petrol engine on offer, along with the choice of a manual or automatic transmission, Toyota has kept its variant mix rather simple, offering just three variants with each transmission.

Toyota Urban Cruiser manual or automatic: which is better?

The 5-speed gearbox is slick and butter-smooth, and paired to the light and well-judged clutch pedal, the Urban Cruiser is rather easy to drive. On the other hand, the 4-speed torque converter automatic, though a little old school, feels far smoother in traffic and stop-go scenarios than any other type of automatic available with the competition; this was also recently observed in Hormazd Sorabjee’s long-term report on the Vitara Brezza, which is identical to the Toyota. Hence, picking between the manual and automatic boils down to whether you are willing to shell out the additional Rs 1.30-1.50 lakh over a comparable manual variant for the convenience of an automatic.

‘High’ is the value pick in the range

This ‘High’ variant spells the most value for money – it offers premium features like LED headlamps, alloy wheels, touchscreen with Android Auto and Apple CarPlay, cruise control, climate control, keyless entry, push-button start, power folding mirrors, rear wiper and washer, driver’s seat height adjust and a rear armrest, among the notable features. Compared to the top-spec ‘Premium’ variant, it misses kit like an auto dimming inside mirror, front armrest, reversing camera, auto headlamps and wipers, and LED fog lamps; for this, you will have to pay an additional sum of Rs 53,000-63,000 over the ‘High’ variant.

Should you buy the Toyota Urban Cruiser or the Maruti Vitara Brezza?

These two cars are identical in the way they have been built, specified, engineered, and they even share the same engine and transmissions. The only distinguishing factor is their exterior styling, which boils down to personal preference. The Toyota does get a longer standard warranty of 3 years/1,00,000km which is extendable up to 5 year/1,50,000km. However, it is worth noting that even Maruti’s standard warranty of 2 year/40,000km can be extended up to 5 year/1,00,000km at a cost. Building the Maruti’s case is its much wider sales and support network, an entry-level variant which is much cheaper than the Urban Cruiser, as well as a price tag that is Rs 5,000-15,000 lower than comparable Toyota variants.

Toyota hikes prices in May 2021