New spy shots reveal a fully loaded Tata Harrier equipped with a large panoramic sunroof and 18-inch alloy wheels; could be introduced as the range-topping XZ+ trim level in the time to come. 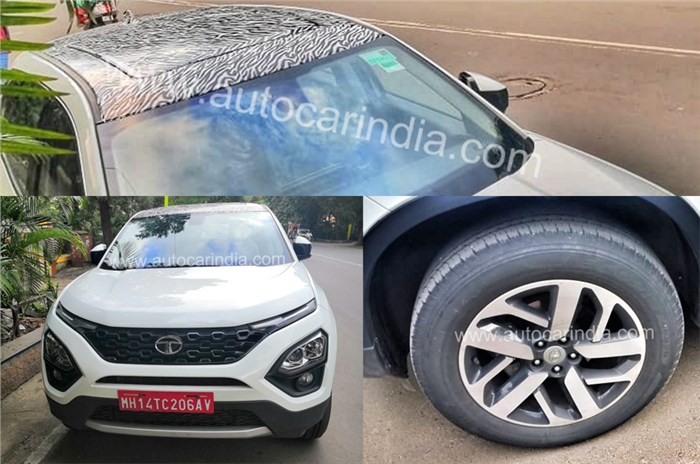 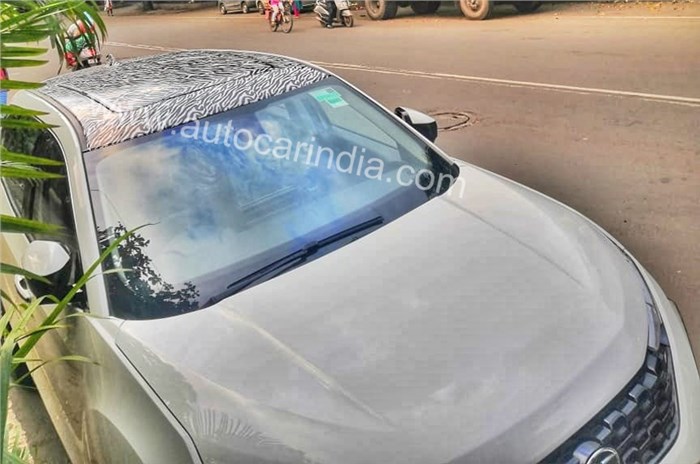 As competition in the midsize SUV space intensifies, Tata Motors is pulling out all the stops to counter the rise of the new players, Kia and MG Motor. In the last few weeks, the Tata Harrier range has received a Dual Tone edition, a stealthy-looking Dark edition as well as a sunroof, which is offered as an official accessory. Tata even introduced an optional five-year/unlimited kilometres warranty on the five-seat SUV. Now, new spy shots shed light on a new, top-spec Tata Harrier that packs in some goodies prospective buyers had hoped to see at the time of launch.

Likely to be called the ‘XZ+’, the range-topping variant of the Tata Harrier will come with a large, factory-fit panoramic sunroof, as seen in the spy pictures. It will come as a welcome addition for those who find the current sunroof to be far too small and not worth the Rs 95,100 (excluding labour charges) asking price. A panoramic sunroof is a draw for many buyers, and it is something that’s presently available on the MG Hector, but not on the Harrier.

Another obvious change is the addition of new alloy wheels. The Harrier’s muscular wheel arches meant the XZ’s 17-inch wheels always looked a touch too small, and in the eyes of many, a bit too plain. That’s about to change, because this test mule runs on 18-inch dual-tone alloys that are similar to those seen on the Buzzard Sport showcased at the 2019 Geneva motor show. The bigger alloys are wrapped in lower-profile 235/60-section Bridgestone Ecopia tyres.

Sources suggest that Tata Motors may look at adding a few more features to the Harrier XZ+ – such as a tyre pressure monitoring system – to justify the premium it’ll want customers to shell out for this new range-topping variant. Expect the Tata Harrier XZ+’s price to be notably higher than the most expensive Harrier XZ variant you can buy today, which is priced at Rs 16.76 lakh (ex-showroom).

Additionally, the Harrier is set to receive a number of significant updates in the time to come. In the works is a BS6-compliant version of the 2.0-litre Kryotec diesel engine, which will also be more powerful and produce around 170hp. A Hyundai-sourced 6-speed torque converter automatic gearbox will be available in due course, and a 1.6-litre turbo-petrol version is in development. Also in the pipeline is the larger seven-seat version of the Harrier, revealed as the Buzzard at the 2019 Geneva motor show, which will counter the six-seat MG Hector that’s also due for launch next year.

Think the addition of a panoramic sunroof and 18-inch alloy wheels will make the Tata Harrier a more appealing buy? Let us know in the comments.