Spotted testing for the first time, the six-seat MG Hector will visually distinguish itself from the five-seat model, with a redesigned face and tail section; set to rival the seven-seat Tata Harrier. 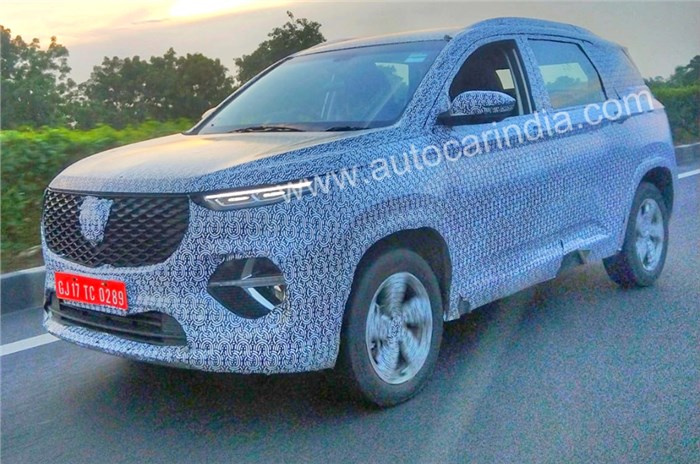 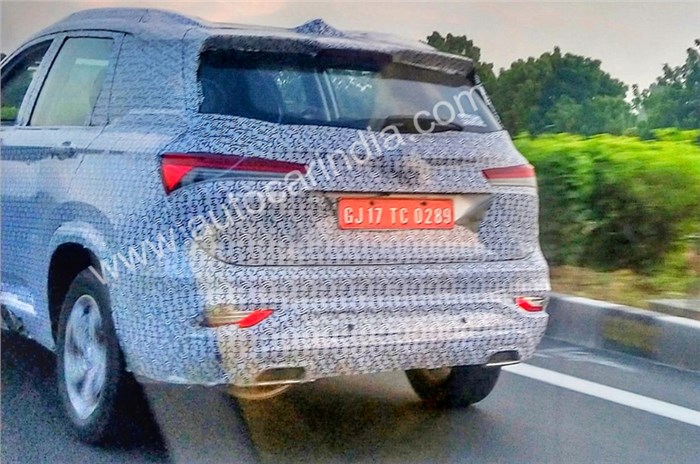 It was back in May 2019 that we broke the news about MG developing a three-row version of the Hector for India. Now, we bring you pictures of the six-seat MG Hector, which has been spied on test for the first time. While the test car’s third-row seats are hidden from view, what are visible are styling details that promise to be exclusive to the six-seat derivative of the Hector. It would appear that MG is aiming to create a visual distinction between the five- and six-seat models, just like Tata Motors is hoping to do with the Harrier and the H7X, which was previewed as the Buzzard at the 2019 Geneva motor show.

The first (and most obvious) difference is the presence of split-LED daytime running lights, followed by a new honeycomb grille that has a different shape and also appears much larger than the one on the five-seat Hector. Also visible is a redesigned headlamp cluster, which also houses the turn indicator and a strip of chrome. What’s clear is that the six-seat MG Hector’s face will have more in common with that of the updated China-spec Baojun 530, and will be notably different from the five-seater’s face. What will also be different are the tail-lamps (which get clear-lens inserts) and what appears to be a redesigned rear bumper with faux dual-exhaust tips.

The Baojun 530 facelift is 40mm longer than the pre-facelift model, owing to its redesigned bumpers, and gets different alloy wheels and a few interior tweaks. As for the interior of the six-seat Hector, captain’s seats are set to replace the second-row bench seat, and MG could also offer a different interior colour scheme. In terms of features, expect the six-seater to get the same ones as the five-seat MG Hector – a 10.4-inch portrait-oriented touchscreen infotainment system with a number of in-car connectivity features, a massive panoramic sunroof and six airbags, among other things.

Engine options for the six-seat MG Hector are likely to remain the same as that of the five-seat model – a 143hp, 1.5-litre turbo-petrol; a 170hp, 2.0-litre diesel; and a 48V mild-hybrid version of the turbo-petrol engine. All engine options will be BS6-compliant at launch.

When it is launched in the first-half of 2020, the MG Hector six-seater will go up against the seven-seat version of the Tata Harrier. It will face further competition from the next-gen Hyundai Creta (which is also set to be offered in a seven-seat form) and the next-gen Mahindra XUV500.

What do you think of the design changes for the six-seat MG Hector? Let us know in the comments.