Nexon EV waiting period continues to rise, thanks to subsidies offered by states like Maharashtra, among others. 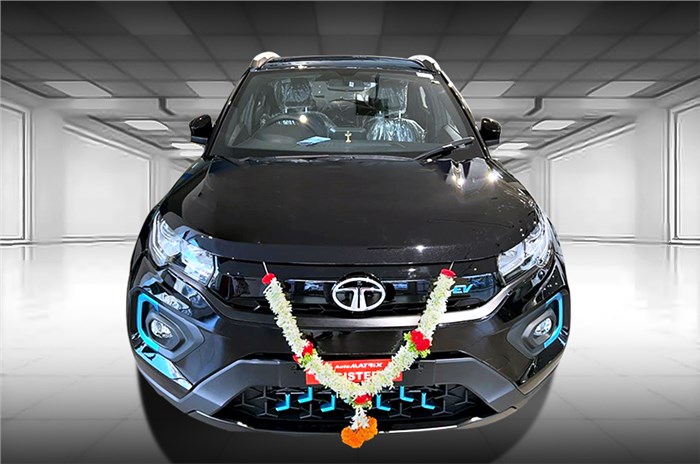 Tata Motors announced that it has sold 13,500 units of the Nexon EV in India since its launch in January 2020. Since its market introduction, the Nexon EV has been the most affordable electric SUV in India. Thanks to multiple subsidies and benefits offered by various Indian states, the SUV has gained a strong foothold in the EV market.

A quick word with the dealers reveals that most variants of the Nexon EV currently command a waiting period of over six months at a number of locations. A majority of the bookings are from Maharashtra, thanks to the subsidy and the early bird benefits given by the state government for new EV buyers.

While the benefits were to end on December 31, 2021, the state government decided to extend them to March 31, 2022, which added to the Nexon EV's waiting period backlog.

The Maharashtra EV policy provides a basic incentive of Rs 5,000 per kWh of the vehicle battery capacity, with maximum incentive capped at Rs 1.50 lakh. Additionally, the policy allowed EV buyers to avail early bird incentives on purchase of a vehicle before December 31, 2021, which has also been extended to March 31.

This means that buyers of the Nexon EV could get up to Rs 2.5 lakh off (Rs 1.5 lakh as subsidy and Rs 1 lakh for early bird incentive), dropping the vehicle's price by a huge margin. Also, all variants of the Tigor EV qualify for the subsidy, and continue to be sold with the additional early bird benefit. Incidentally, only two models in the four-wheeler category – both from Tata's stable – qualify for these benefits.

What dealers have also revealed is the growing popularity of the Nexon EV Dark edition, which is now preferred by more buyers as its all-black looks stand out from the other paint shades.

The recently introduced Tigor EV, on the other hand, has a one month waiting period for most variants.

While dealers are busy accepting new bookings and catering to existing deliveries for the Nexon EV, Tata motors has already begun testing a long-range variant for the compact SUV, which will feature a few other mechanical tweaks and upgrades like four-wheel disc brakes among others. The upgraded Nexon EV is expected to hit the showrooms in the coming months.

Additionally, Tata Motors is also readying a slew of electric SUVs for our market. Watch this video to know more about the upcoming Nexon EV Coupe and the Sierra EV.