FCA has started testing the BS6-spec version of its 2.0-litre Multijet II diesel engine on the Jeep Compass and Tata Harrier. 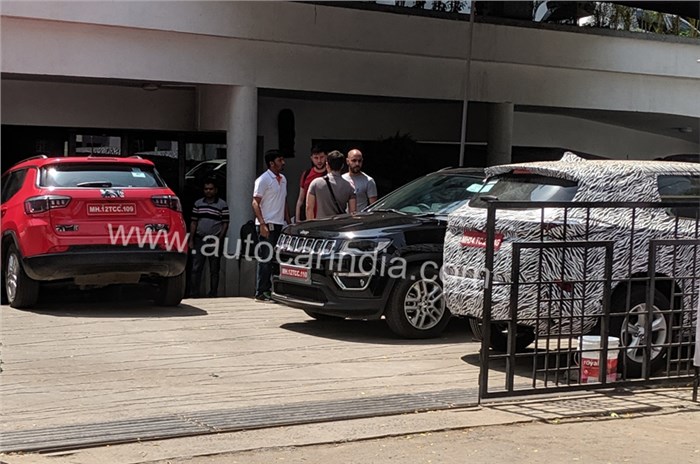 The soon-to-be-launched Jeep Compass Trailhawk might stand out for its added off-road hardware, but it will also have another first to its name. The Compass Trailhawk will be the first model in India to be powered by the BS6 emission norms-compliant version of FCA's 2.0-litre Multijet II diesel engine. The BS6 version of the engine will be rolled out on other versions of the Compass over the years and will also find its way under the hood of the Tata Harrier, which uses the same motor.

Sources privy to the development project have confirmed that work is underway on fine-tuning the engine for both SUVs. Images from Autocar India reader Rijul Pujari also show test mules of the Tata and Jeep SUVs together, albeit in different states of camouflage.

Interestingly, while the power output of the BS6-compliant Compass will be in the vicinity of the current model's 173hp figure, the Harrier is set to see a big jump from the present 140hp. The engine will make a higher 170hp or so on the Tata Harrier, as well as on its seven-seat version, the Tata Buzzard, which will go on sale in 2020. Diesel engines aside, the Jeep and Tata SUVs will continue to share the 6-speed manual gearbox from FCA. However, the two SUV makers will have their own solutions for automatic gearboxes. The Jeep will use a 9-speed torque converter auto, which will also make its India debut on the Compass Trailhawk. The Tata models, on the other hand, will use a Hyundai-sourced 6-speed torque converter auto.

While the Harrier and Buzzard will be available with diesel engine options in the BS6 era that starts once the norms come into effect on April 1, 2020, Tata’s smallest diesel, the 1.05-litre three-cylinder Revotorq on the Tigor and Tiago, will be axed.