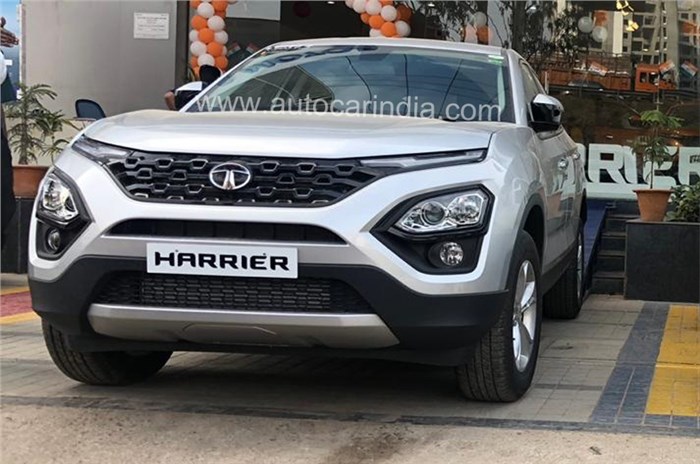 Tata Motors has silently hiked prices of the Harrier, with the range now starting from Rs 12.99 lakh and going up to Rs 16.55 lakh (ex-showroom, Mumbai). While there is no official announcement from Tata, the revised prices can be seen on the carmaker’s website.

The SUV is available in four variants – XE, XM, XT, and XZ – with prices for all hiked by a uniform Rs 30,000. The price hike could be attributed to the rising input costs for the manufacturer.

Given below is the revised pricing, along with the old prices of the Harrier.

The Harrier is currently powered by a FCA-sourced, 2.0-litre turbo-diesel engine that puts out 140hp and 350Nm of torque. It sends power to the front wheels via a 6-speed manual gearbox. A Hyundai-sourced torque converter automatic gearbox and a petrol engine option are currently in the works for the SUV. The carmaker has also started testing a BS6-ready version of the Harrier, which will produce a higher 170hp and is likely to be introduced around the time the BS6 norms kick in (April 2020).

In comparison to rivals like the Creta, the Compass and the XUV500, the Harrier’s price range falls right in between. And since the Harrier is available only in a diesel-MT configuration, we have considered the same for its rivals. However, it’s worth noting that all its rivals offer diesel-automatic variants too.

For the period from January to April 2019, Tata is averaging monthly sales of about 1,609 units of the Harrier.

All prices are ex-showroom, Mumbai.