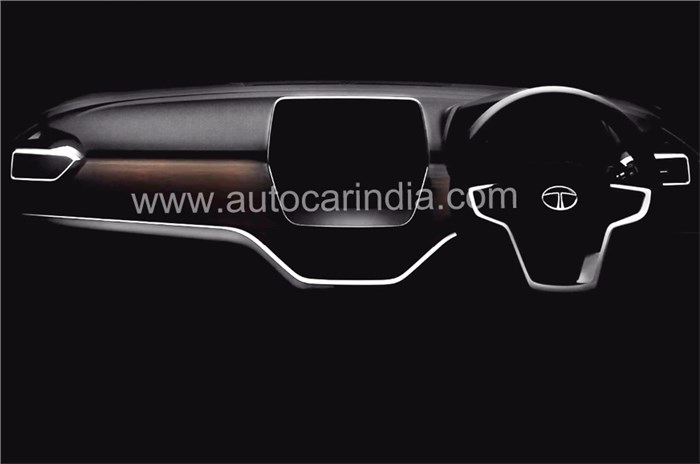 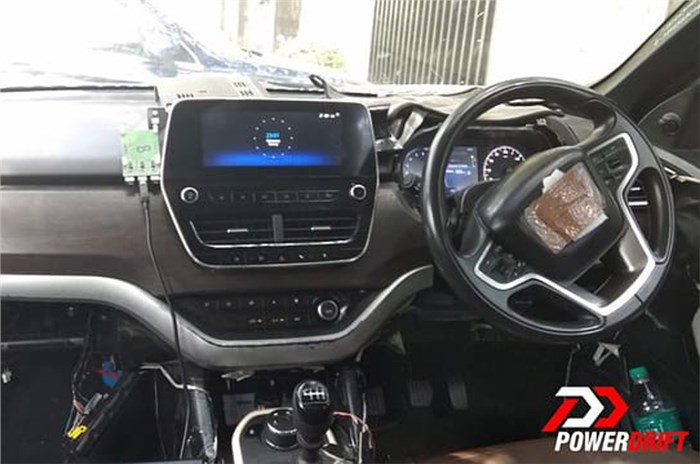 Having revealed the final exterior of the Harrier roughly a month ago, Tata Motors has now given us a glimpse of the interior of its hotly-anticipated SUV with a shadowy teaser giving away the design of the model’s dashboard.

While it doesn’t reveal much, the teaser confirms the basic design of the Harrier’s dash will be similar to that of the concept’s, with a floating 8.8-inch touchscreen infotainment system taking centre stage on the Harrier’s dash. As a new spy picture reveals, the interior will sport a dual-tone grey-and-brown colour scheme, with the number of buttons on the centre console being kept to a minimum. Also visible is a leather-wrapped three-spoke steering wheel, and adding a bit of zing to the proceedings is a silver band that runs the length of the dash, along with silver surrounds for the AC vents.

As we’d reported a few days ago, the Harrier's infotainment screen will be sourced from Visteon – which also makes the digital instrument cluster for the Range Rover Velar, among other things - and will feature MirrorLink, Android Auto, Apple CarPlay, in addition to doubling up as the display for satellite navigation and the reverse camera. According to sources, one of the prime reasons for the switch from a Harman-supplied infotainment to a Visteon system is due to smoother operating and faster interface. The Harrier’s sound system will come from Harman, just like on other Tata models such as the Tiago, Nexon and Tigor.  Additionally, top variants will come with a sub-woofer setup, like on the Hexa.

Tata Motors has been dropping several teasers in the build-up to the launch and has said the SUV has been tested for 2.2 million kilometres on the toughest of terrains, and its engine has been christened ‘Kryotec’. Tata says the name is inspired by the cryogenic rocket engine, known for its power and reliability. There’s no official word on exact engine displacement or power and torque figures, but, as is widely known, the engine is derived from Fiat’s four-cylinder Multijet II diesel unit that powers the Jeep Compass and will make around 140hp in the Harrier.

Tata Motors has also previously confirmed the Harrier will come with multiple drive modes that will work in conjunction with the terrain response modes, the dial for which is visible in the spy picture. For the Harrier, there will be two gearbox options – a 6-speed manual and a Hyundai-sourced 6-speed automatic. As we’d exclusively reported a few days ago, the automatic gearbox will make its debut in the BS-VI version of the SUV that will debut along with the 7-seat variant of the Harrier. Tata Motors foresees strong demand for the automatic, and has chosen to delay bringing in the model rather than struggle to deliver cars on time.

A dealer communication document Autocar India accessed revealed on-road prices for the Harrier will be in the range of Rs 16-21 lakh. At this time, Tata Motors is also accepting bookings for the Harrier. The booking amount is set at Rs 30,000, and prospective buyers can even book the SUV online. Market launch and the price announcement for the Harrier are likely to take place in early January, with deliveries expected to commence in the second half of the same month.