Here are the top five things we know about the Tata Harrier, so far. 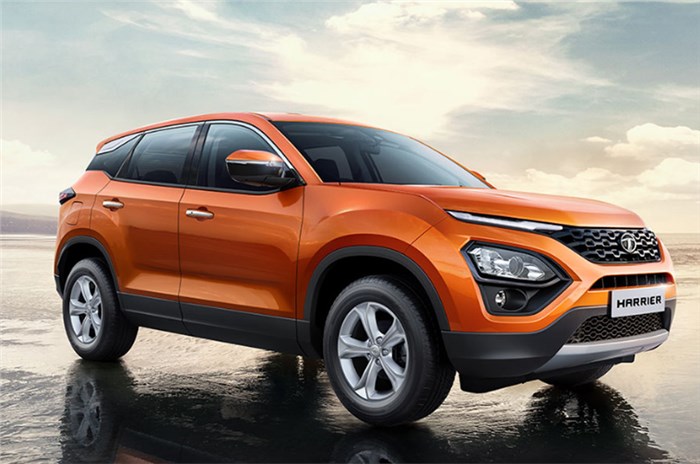 Tata Motors is betting big on its upcoming SUV, the Harrier, and is making sure that the world knows about it. And in the past couple of months, the company has been drip-feeding information about its latest product. With the first Harrier having just rolled off the production line in Pune, the excitement around the SUV is palpable. Here's a list of the top five things to know about the Harrier.

It will have a Fiat engine and Hyundai auto gearbox

At the heart of the Harrier will be a Fiat-sourced, 2.0-litre, four-cylinder diesel engine, which does duty on the Jeep Compass as well. With its output pegged at around 140hp, the engine makes 30hp less on the Tata offering compared to the Compass. Tata is calling this engine the 'Kryotec' which, according to the company, is inspired by ‘the cryogenic rocket engine known for its power and reliability’. Handling the transmission duties will be a six-speed manual and a Hyundai-sourced six-speed automatic gearbox.

To be launched as a five-seater initially, Tata Motors will introduce a seven-seat avatar at a later stage. This model will carry a different moniker and be powered by the same 'Kryotec' engine, albeit in a more powerful 170hp state of tune.

It will be based on a Land Rover

It seems as if Tata is tapping into the pool of knowledge and resources from around the world to offer the best product that it can. The engine and gearbox won't be the only things on the Harrier with their roots outside Tata.

The SUV will be underpinned by Tata's new Omega Arc platform that is derived from Land Rover's D8 architecture. Tata is touting this to give its SUV high bending and torsional rigidity, along with great driving dynamics. The Harrier will come bundled with terrain response, ESP and driving modes. This gives credence to the fact that it could be capable off-road.

It's a treat to look at

In a bid to give the Harrier that extra 'wow' factor, Tata Motors has made sure that the design and styling of the production-spec model stay true to that of the H5X concept that was showcased at the 2018 Auto Expo. It is the first model to get the latest 'Impact Design 2.0' theme, which makes it look unlike anything else we have seen from the Tata stable so far.

Muscular proportions, flared-up wheel arches and black cladding all around the body lend the Harrier that typical rugged SUV charm. On the other hand, the sleek headlamps and tail-lights cut across the bulk of the car and make it look elegant.

It will have a well-appointed cabin

So far, except for its interiors, almost all other aspects of the Harrier have been revealed by Tata. T the SUV is expected to have high-quality interiors armed with all the bells and whistles. Spy shots show us that the cabin will be equipped with push-button start, steering-mounted controls, large touchscreen infotainment system, dual-tone dashboard, front and rear armrests and electrically adjustable front seats with memory function. Rear AC vents and a sunroof should be a part of the package too.

Citing a leaked internal communication document of Tata Motors, we had revealed that the on-road prices of the hotly anticipated Harrier will be in the range of Rs 16-21 lakh. With a booking amount of Rs 30,000, prospective buyers can make reservations for the SUV online or at a Tata dealership.

The Harrier is expected to be launched in early January 2019, with deliveries to begin later that month. When it finally hits our market, Tata's premier offering will square off against the likes of Hyundai Creta, Renault Captur, Mahindra XUV500, Jeep Compass, and the upcoming Nissan Kicks.