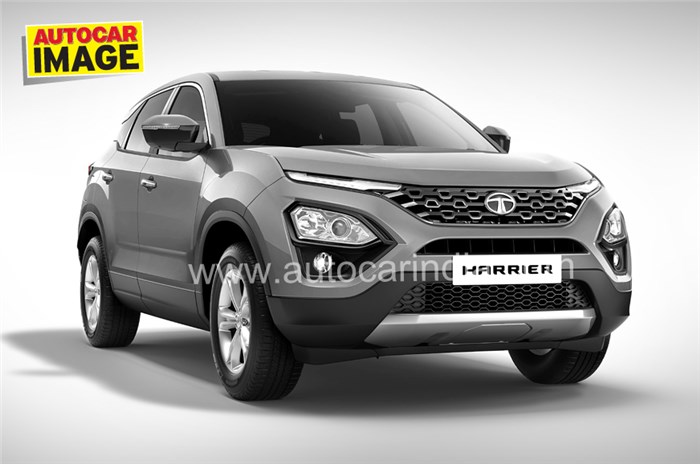 The Tata Harrier is still a good month or more away from launch but a lot of the SUV’s details and specifications are out in the public domain. We already know the Harrier will be a five-seater and will come powered by an approximately 140hp, 2.0-litre diesel engine christened Kryotec. Also, while a 6-speed manual gearbox will be standard fit, we were the first to tell you the Harrier will also be offered with a 6-speed automatic sourced from Hyundai. In a fresh update, we can now confirm the Harrier will be launched solely with a manual gearbox and front-wheel drive. The automatic transmission will only go on sale after it makes its debut on the Harrier’s yet unnamed seven-seat sibling that comes later in 2019.

It is learnt that the automatic gearbox will make its debut in the BS-VI version of the SUV that will debut along with the 7-seater model. Tata Motors that foresees strong demand for the automatic has opted to delay bringing in the model rather than being in a position that it can’t deliver cars on time.