The Tata Altroz Dark edition also gains the option of a diesel engine with this update. 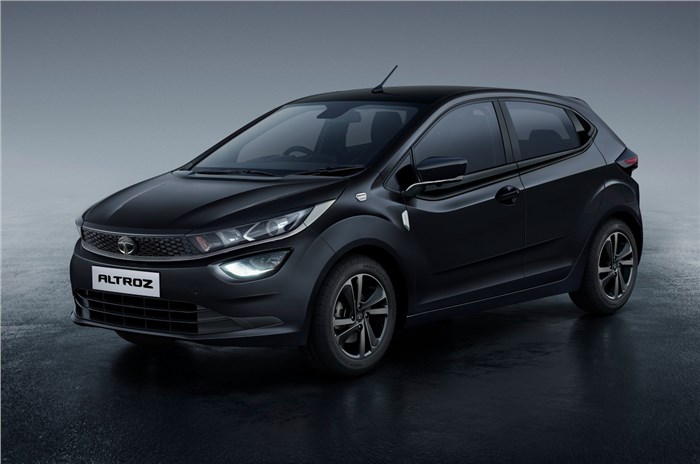 On the occasion of the hatchback’s second anniversary, Tata Motors has expanded the Dark edition range of the Altroz. The Altroz Dark edition is now available in the mid-level XT trim, prices for which start at Rs 7.96 lakh (introductory, ex-showroom, Delhi). The carmaker has also updated the top-spec Dark XZ+ with more features and a new engine option.

The new Altroz XT Dark is available with an 86hp, 1.2-litre naturally aspirated petrol unit, the more powerful 110hp, 1.2-litre turbo-petrol engine or a 90hp, 1.5-litre diesel mill – all of which get only a 5-speed manual gearbox. Given below are prices for the new Tata Altroz XT Dark.

With this update, Tata has also added the 90hp, 1.5-litre diesel engine option to the Altroz XZ+ Dark. For reference, the Altroz Dark XZ+ was earlier only available with the two petrol engines. The Altroz XZ+ Dark diesel is priced at Rs 10.00 lakh (ex-showroom, Delhi), which is Rs 30,000 more than the standard Altroz XZ+ diesel.

Furthermore, the manufacturer has also taken the opportunity to add certain features to the XZ+ Dark trim. All Altroz XZ+ Dark models will now get additional safety features like a Brake Sway Control and a tyre pressure monitoring system.

The Altroz’s range expansion comes just ahead of the launch of one of its biggest competitors, the Maruti Suzuki Baleno, in its facelifted avatar. Apart from the Baleno, the Altroz also competes with other premium hatchbacks like the Hyundai i20, Honda Jazz, Toyota Glanza (which is also due for a facelift soon) and the Volkswagen Polo.

With the Tata Altroz Dark editions now more accessible and better equipped, would you opt for one? Let us know in the comments.