The Tiago’s big brother is aimed squarely at the premium hatchbacks like the Hyundai i20, Honda Jazz and the Maruti Baleno. 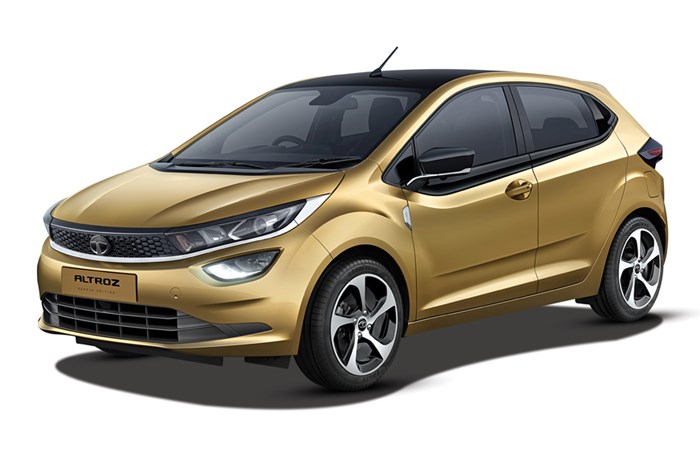 The dropped window line and rising beltline make it quite unique. 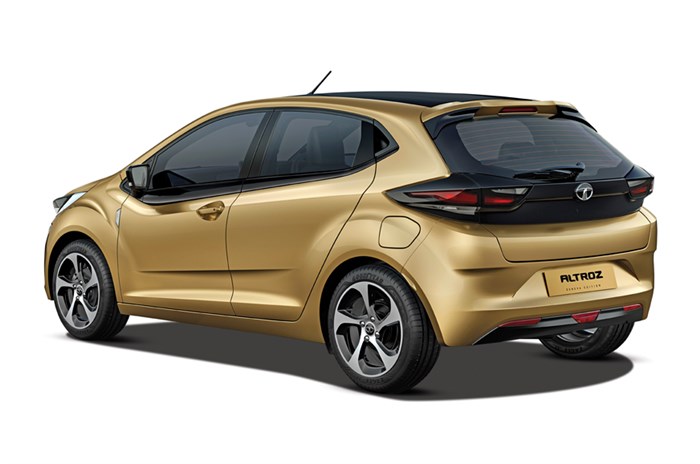 Rear door handle is hidden and blacked-out hatch and tail-lights look neat; wheels and tyres will be smaller on production car. 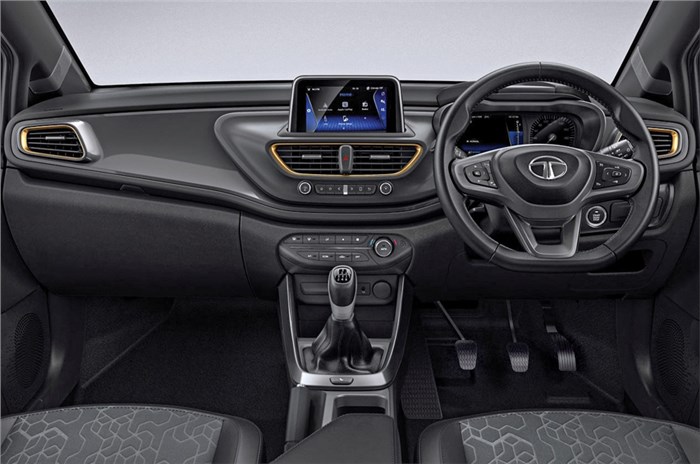 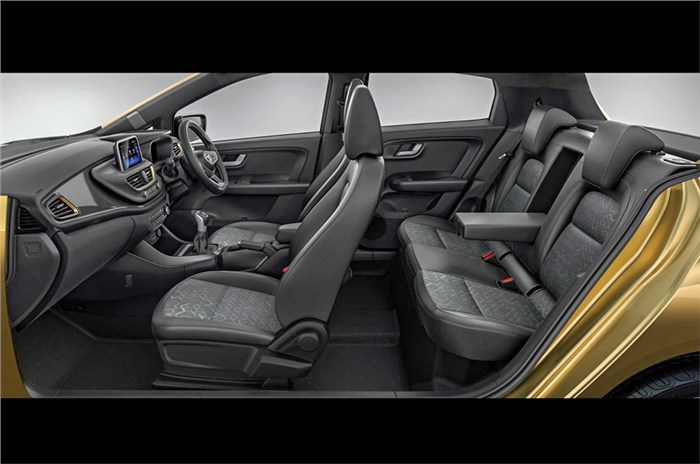 Space at the rear is not as good as some rivals, but large rear seat should be just as comfy.

Premium hatchbacks are gaining popularity. They offer a good blend of comfort, space, executive-class features and big-car-like performance – all within a compact profile. This is why car buyers are increasingly gravitating to them.

The first big success in the premium hatchback space was Hyundai's i20, a car even Hyundai didn't bet big on at that time. As expensive as a sedan, and just as capable, it wasn't for everybody. Still, it caught the attention of more evolved and progressive car buyers – ones who had moved on from the 'hatchbacks are basic and sedans are better' mindset. The i20 was then followed by the Honda Jazz and then more recently Maruti's Baleno. The Toyota Glanza, which is essentially a badge-reengineered Baleno, will also be arriving shortly in this space.

Now Tata wants in on the action, and the car it will launch to take on the premium players is the all-new Altroz. Built on the company’s new ALFA platform that comes with strengths like light weight, extra rigidity and greater commonality of parts, the Altroz will be the first of a new generation of Tata cars. The inherent advantages of the new platform are not to be underestimated. Using the new platform will help Tata raise its game substantially, as far as performance and fuel economy are concerned – and then there's the fact that Tata is likely to hold on to its cost advantage, meaning the car should be cheaper to make and competitively priced, like the Tiago is.

One look at some of the specifications (not official yet) and it is clear where the car has taken a big leap forward. The entry-level Altroz is likely to weigh just 961kg, which is just 31kg more than the smaller Tiago. And Tata says it could be lighter still but the carmaker decided to add some extra metal to strengthen the chassis, thus enabling it to shoot for a perfect five-star crash-test score from Global NCAP.

Design is a crucial element on Tata's cars today and now each will have its own unique identity. As with all recent cars from the Indian carmaker, the Altroz is edgy and full of unique details. And it is clear that Tata's designers have pushed boundaries even further, here. The nose has a pronounced overbite, similar to that seen on the Tiago; the headlights are split between the main beam and the running lights, as on the Harrier. While the show car revealed in Geneva had massive wheel arches filled out by big 17-inch wheels, the production-spec model is likely to feature 16-inch alloys. To make the rear look funky, the tail-lights and much of the hatch have been blacked out. This is likely to be seen on the production car as well.

The dashboard isn't as radical. Built around a prominent and protruding central console, the dash has a 'free-standing' 7.0-inch touchscreen that takes centre stage. Adding a splash of colour to the all-black dashboard are the body-coloured surrounds for the four air-con vents. The steering wheel is all new and so is the instrumentation which, as like on the Harrier, is part digital.

While the Altroz will be the widest in its class, it will have the shortest wheelbase, resulting in lesser legroom at the rear. Also, the small window area and low roof further diminishes the sense of space. The boot, at 341 litres, however, is reasonably sized and at par with the competition.

While the model may be smaller on the inside than like-sized premium hatchbacks, Tata hopes to impress with the Altroz’s premium quality. The all-black dashboard will have a large touchscreen infotainment system (with Android Auto and Apple CarPlay compatibility) and there will be a well-specified audio system too.

What's under the hood?

The Altroz’s engine line-up is quite comprehensive – it will get two petrols and one diesel. The base petrol will be the Tiago’s 85hp, 1.2-litre, naturally aspirated engine, while higher variants will get a version of the Nexon’s 1.2 turbo-petrol and, as on the Nexon, there will be a 1.5 diesel as well, albeit with lower power and torque outputs.

The naturally aspirated petrol engine is the three-cylinder unit found in the Tiago. Tata has added a balancer shaft to make it run smoother, and as on smaller hatchbacks, the engine is smooth at low and medium engine speeds, power delivery is relatively strong from the time you hit the accelerator pedal and also feels larger in capacity than the size suggests.

The officially released figures of the 1.2 turbo-petrol confirm a power output of 102hp, which is lower than the Nexon’s 110hp. Torque is substantially down too, with the engine developing just 140Nm compared to the Nexon's 170Nm. When you compare, Maruti’s smaller capacity 1.0-litre engine makes the same 102hp as the Tata’s larger 1.2-litre mill; and the direct-injection petrol in the Baleno does have a 10Nm higher torque output. What is expected to help performance of the 1.2-litre motor is the Altroz’s light build; it is likely to be around 200kg lighter than the Nexon, and with its favourable power-to-weight ratio, it promises to have a lot more performance than its rivals.

Tata hasn’t officially confirmed a 1.5-litre diesel engine for the Altroz yet, but it will be introduced, with company sources indicating that it will be a detuned version of the Nexon’s motor that will develop 90hp.

The petrol Altroz loses out to rivals in transmission options, for now, all of which get the option of a CVT gearbox with their respective 1.2-litre engines. There are talks of an automatic option coming later.

In terms of mileage, the all three engines are expected to post fuel-efficiency figures that will be on par with rivals – for reference, the Baleno leads the class, with the i20 and Jazz following.

The Altroz will be launched in India in the coming months and, like most Tata products, it will be priced competitively. The Altroz is expected to be priced in the same band as the Hyundai i20, which is the most affordable model in this class (Rs 5.51-9.32 lakh), and the Maruti Suzuki Baleno (prices have recently increased due to the BS-VI engine options to Rs 5.58-8.90 lakh), thereby undercutting the Honda Jazz (Rs 7.42-9.36 lakh) and the soon-to-launch Toyota Glanza (which will be available in two higher-spec variants). Tata, however, will need more than just the right price. Customers will demand quality levels to match, more features than those offered in the class and even competitive fuel economy and performance. Will Tata's new car be able to deliver all this? It's a tough ask, but looking at how far the carmaker has come in recent times, we wouldn't bet against it.