Skoda Vision IN concept to be unveiled on February 3

The Skoda Vision IN concept will be a midsize SUV and it will make its public debut at the 2020 Auto Expo. 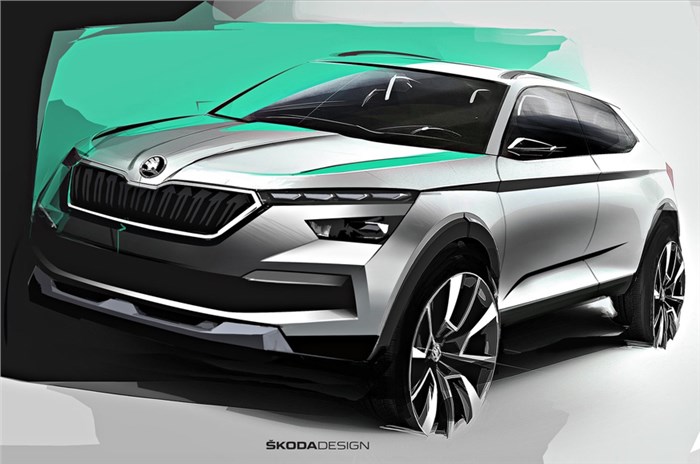 Late last month, Skoda teased its all-new SUV for the Indian market (in the form of Vision IN concept), with some sketches of the interiors. Now, we can confirm that the Czech carmaker will reveal the Vision IN concept in its entirety on February 3, ahead of its public debut at the 2020 Auto Expo on February 7 (the concept will also be on display on the media days, on February 5-6).

What we know so far about Skoda’s new midsize SUV is that it will be based on the India-specific MQB A0 IN platform and (the concept) measures in at 4.26m in length. We also know that the production-spec version of the SUV will have a wheelbase measuring 2,651mm, providing ample space for rear seat occupants.

On the inside, the Vision IN concept will feature a layered and minimalist dashboard design, with a large free-standing touchscreen infotainment system dominating the layout. Also part of the package will be a Virtual Cockpit (digital instrument cluster), a flat-bottom three-spoke steering wheel with steering mounted controls, a small gear selector in the central console, and a unique ‘crystalline element’ positioned in the middle of the dashboard.

As per a statement made by Zac Hollis, director of sales, service and marketing, Skoda Auto India, the production-spec Skoda Vision IN SUV will launch in India sometime between April-June 2021. It will compete with the likes of the next-gen Hyundai Creta, Kia Seltos, MG Hector and Maruti Suzuki’s upcoming midsize SUV. What’s also worth noting is that Volkswagen will also have a version of this SUV, most likely in the form of the India-spec T-Cross.

Skoda Superb facelift with 2.0 TSI India launch in May 2020