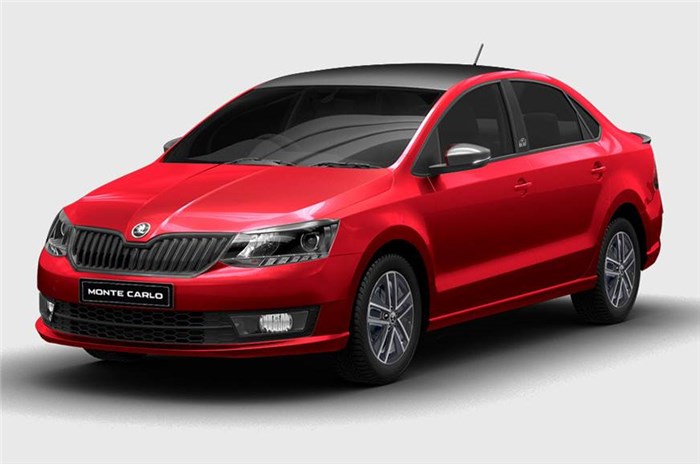 Aside from revealing the launch timelines for a host of Skoda’s models, Zac Hollis, director, sales, service and marketing, Skoda Auto India, has now revealed on Twitter that the BS6-compliant Rapid will arrive in April 2020.

April next year but why wait there are some great deals for BSIV Rapid.

As reported by us earlier in the year, the BS6-compliant Rapid will get a new 1.0-litre three-cylinder TSI turbo-petrol engine, paired with either a manual or a DSG automatic gearbox. The carmaker has already said that the 1.5-litre diesel shared with parent company Volkswagen’s mass-market models is set to meet its end, with the roll-in of the more stringent emission norms.

The new 1.0-litre unit is from the EA211 series and comes in two states of tune in international markets – 94hp/160Nm and 115hp/200Nm – with the more powerful iteration expected to be offered on the midsize sedan. The unit is also set to make its way into the Volkswagen Polo and Vento.

Aside from the launch of the BS6-compliant Rapid, Hollis has also confirmed that the all-new version of the midsize sedan will arrive by late-2021; also arriving in same year will be the brand’s all-new midsize SUV. During 2020, the carmaker will launch the new Karoq SUV in April, the limited-run Octavia RS245 (at the Auto Expo 2020), the Superb facelift (with the 2.0-litre turbo-petrol), and a petrol-powered  Kodiaq SUV.

When it arrives, the BS6 Rapid will rival the petrol powered Honda City and Hyundai Verna along with the BS6-compliant versions of the Maruti Suzuki Ciaz, Volkswagen Vento, and Toyota Yaris.