Skoda’s new SUV for India will be based on VW’s MQB A0 IN platform; will compete in the midsize SUV segment. 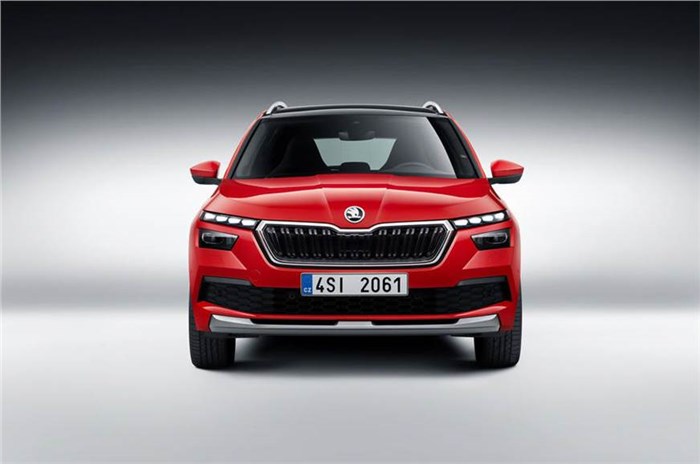 Skoda has already begun working on the India-spec version of its much-talked-about midsize SUV, which is most likely to be called the Kamiq.

According to a statement made by Zac Hollis, director of sales, service and marketing, Skoda Auto India, the new SUV will be launched in our market by mid-2021 (to be a bit more specific, in Q2 / April-June 2021).

Skoda's upcoming Creta rival will be based on an MQB A0 IN platform, which is a version of the MQB platform used internationally that’s tweaked for our market. In terms of size, the midsize SUV will measure around 4.2-4.3m in length and is expected to feature a marginally longer wheelbase than the international model to create greater space for the rear seat passenger.

Although, the overall design of the India-spec Skoda SUV will likely be very similar to that of the Kamiq sold abroad, it will sport some styling tweaks to make it adhere to local tastes and preferences; for example, we expect to see a greater use of chrome than on the international-spec model.

On the inside, the new SUV will feature a clean and minimalist interior design, similar to what’s seen on newer Skoda models. The SUV is expected to come equipped with an 8.0-inch infotainment system, automatic climate control, a panoramic sunroof, ambient cabin lighting, and more.

Engine options are yet to be announced for the India-spec Kamiq, though in our market, it is likely to come with either a 1.0-litre, three-cylinder turbo-petrol and 1.5-litre, four-cylinder turbo-petrol engine. There is also a possibility of a factory fitted CNG option, though there will not be any diesel powertrain on offer in India.

It is worth noting that the Kamiq will be the first offering by Skoda under the Volkswagen Group’s India 2.0 programme, with VW also getting a version of the midsize SUV later. This will be followed by the launch of the all-new Skoda Rapid that will come to India by end-2021.

Before the SUV’s launch in 2021, Skoda will showcase the Kamiq in concept form at the 2020 Auto Expo. Once launched, the Kamiq will face fierce competition from the likes of the Hyundai Creta, Kia Seltos, MG Hector and Tata Harrier in our market.

Skoda Kamiq SUV seen in India for the first time